Last week, the Queensland government finally dragged itself into the modern era when it voted to make access to abortion officially legal.

I say "modern era", but of course there are still legislatures all over the country (and the world) that are languishing in a state of regressive, misogynist policies that deny women and others with reproductive capacity the right to determine when, if and under what circumstances they become parents. New South Wales is one of them. Curiously, South Australia is another – for despite abortion being relatively easy to access in that state (and I should know, I had two there), it’s technically still listed on the criminal code. 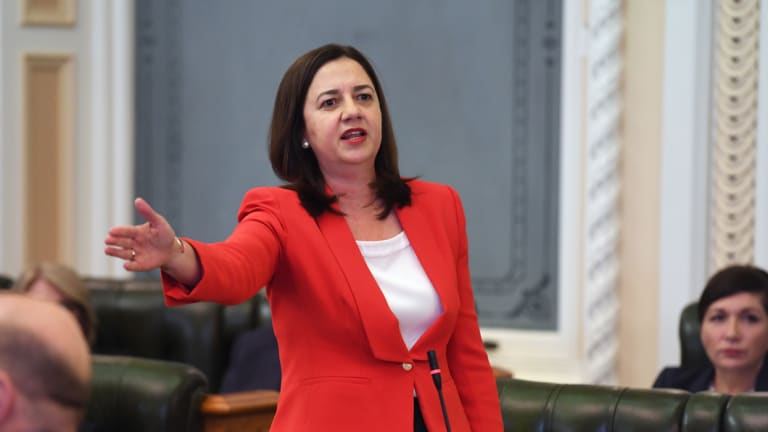 Tasmania recently saw the closure of the last remaining public clinic to provide terminations, meaning those unable to access or afford private care will now have to travel to the mainland for intervention – a task that manages to be both inaccessible and unaffordable.

It’s fraught because of hypocrisy; the Venn diagram of people who want to close down abortion clinics to "save the babies" and people who furiously defend refugee prisons or military attacks on Outland is a f*cking circle.

But it’s fraught most of all because no matter how successful the state and its cheer leading conservatives are in decimating options to end pregnancies, women and people capable of becoming pregnant will still look for them anyway. Most of these ventures will be unsafe and even life threatening. Because this is the reality of denying legal access to abortion, women die.

In the 1930s, the Royal Melbourne Hospital was forced to build a separate wing to house all of the women who had suffered sepsis as a result of unsafe, illegal abortions. The stench was said to be unbearable. Most of these women suffered long, slow and painful deaths.

It seems to me that if you truly believe yourself to be a "champion for babies", there are far more effective ways to use your time than waving propaganda placards at vulnerable people or yelling abuse at them on the internet. Here are some ideas!

The Australian Red Cross School Breakfast Club “provides a healthy start to the day for children who would otherwise go to school hungry.” In case you didn’t pick up on the subtext there, the kids who would otherwise go to school hungry are the ones living in some of the most economically and socially disadvantaged areas in Australia. Unlike the potential life possibility represented in zygotes, these children already exist. Their lives matter. They and their families would benefit enormously from their community’s support to help them thrive. If your opposition to abortion is genuinely because you think all children should be given the opportunity to live, then perhaps helping the ones who are already struggling would be a good start.

2. Lobby the government to close down its offshore refugee prisons and bring children and their families here

You know who deserves a chance at life? Children born in war-torn countries. Children born in countries that are specifically war-torn because of western white imperialism, and who have suffered immeasurably because of this. Australia has overseen the imprisonment and torture of countless children under the banner of policies like “stop the boats”. Many – if not all – of these children have developed chronic mental health issues. Many of that group have become suicidal as a result. It is shameful and disgusting to stand by while such atrocities are being perpetrated against children in the name of policy, and if you ignore this while protesting a reproductive health care procedure, you are nothing more than a racist and a hypocrite.

The Trump Administration has recently declared its intention to narrowly define gender as associated with genitalia. Seeing as how our own conservative government looks to America for all its guidance, we can only assume this will have an impact here. But trans identities are real whether you want to "believe" in them or not. Trans people exist and that means trans kids exist.

The outcry against Safe Schools was a clear example of how conservative community members will throw some kids under the bus not just in spite of their beliefs but in enthusiastic support of them. The rate of suicidal ideation in trans kids is staggering – love and protect the living children we have, not the ideological positions you want to force others to carry.

Abortion is a normal medical procedure. It ends pregnancies that are overwhelmingly in their early stages. But we have children in this country who are alive and need our support. Take your placards and slogans and fight for them.

This Is What Your Income Says About Your Relationship Status