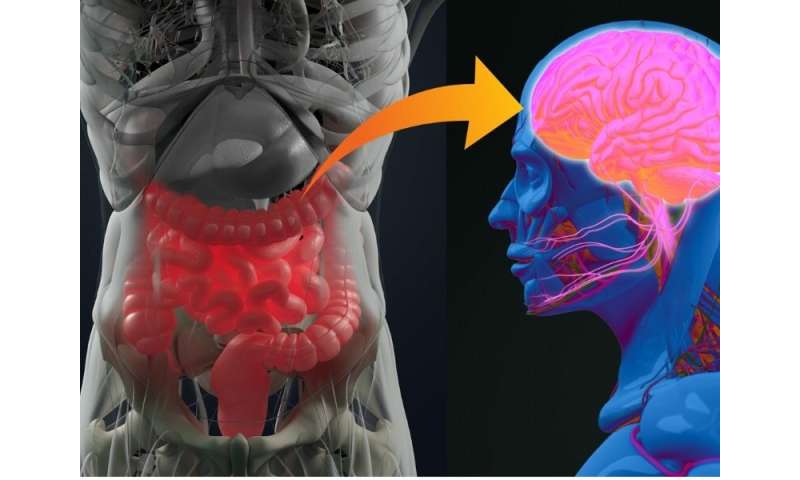 The scientists also observed sex differences in the mice’s behavioral patterns, suggesting that emulsifiers affect the brain via distinct mechanisms in males and females.

Previous research by Chassaing and Gewirtz has shown that emulsifiers can cause low-grade intestinal inflammation by altering the composition of gut microbiota, a diverse population of trillions of microorganisms that are vital to health. Their research has linked emulsifier consumption to obesity, metabolic syndrome and inflammatory bowel diseases such as colitis, conditions whose incidence has significantly increased since the mid-20th century.

In the same period there has also been an increased incidence of behavioral disorders such as autism, leading scientists to theorize that brain function may be affected by environmental exposure to modern chemical substances as well.

“We asked the question: Can emulsifiers’ effects on general systemic inflammation also be extended to the brain and to behavior?” de Vries said. “The answer was yes.”

The researchers added one of two commonly used emulsifiers, polysorbate 80 and carboxymethylcellulose, to the drinking water of male and female mice. After 12 weeks, they observed that treatment with emulsifiers altered the gut microbiota of males and females in different ways. They then conducted tests to assess the effects of the emulsifiers on behavior. The researchers found that emulsifiers altered anxiety-like behavior in male mice and reduced social behavior in female mice.

Though de Vries says he cannot pinpoint the exact mechanism by which emulsifiers contribute to behavioral changes, “we know that inflammation triggers local immune cells to produce signaling molecules that can affect tissues in other places, including the brain,” he said. “The gut also contains branches of the vagus nerve, which forms a direct information pathway to the brain.”

“We are currently investigating the mechanisms by which dietary emulsifiers are impacting the intestinal microbiota as well as the human relevance of those findings,” Chassaing said.

As to what’s driving the differences between male and female behavior, de Vries said there may be several factors. For example, there are known sex differences in the immune system, which help govern the composition of bacteria in the gut, and in the way the digestive system processes food.

As a result, “adding emulsifiers to the diet will have different consequences for the microbiota of males and females,” he said. “Our data suggest that these sex-specific changes to the microbiota could contribute to the sex differences in behavior.”

Can rare lymphocytes combat rheumatoid arthritis? Immunologists have identified the key role of ILC2 during the onset of inflammatory arthritis

Man spilled semen as a “drug” for his back pain-And then what happened?