In recent years, researchers have begun to fight cancer by genetically engineering a patient’s own immune system to target the disease. Quad Technologies, a company that grew out of a Northeastern research lab, has been developing technology to facilitate this process. This summer, Quad Technologies was acquired by a global life sciences company that will help move its prototypes closer to being able to assist in manufacturing cancer treatments.

In 2017, the Food and Drug Administration approved the first two such therapies for this approach, known as chimeric antigen receptor T-cell therapy. These treatments equip a patient’s immune cells with genetically engineered molecules that help them identify and attack the cancer. These cells are grown in massive quantities in the lab and then infused back into the patient in a concentrated assault.

“These therapies are the latest frontier in the treatment of cancer,” said Shashi Murthy, an associate professor of chemical engineering at Northeastern University.

But before the specialized immune cells, called T-cells, can be modified, they must be isolated. In 2013, Murthy co-founded Quad Technologies with three Northeastern graduates to improve this process.

“The challenge,” said co-founder Sean Kevlahan, “is that you’re extracting T-cells from a complex suspension like blood.”

Currently, T-cells are separated from blood samples using small magnetic particles. The particles are specifically designed to bind to T-cells, which allows scientists to manipulate the cells into a separate container.

But the magnetic particles can be toxic to patients. They need to be removed before the cells can be used, and those bonds are tough to break. Cells can be lost or destroyed as the beads are being removed, leaving fewer for researchers to use to fight cancer. 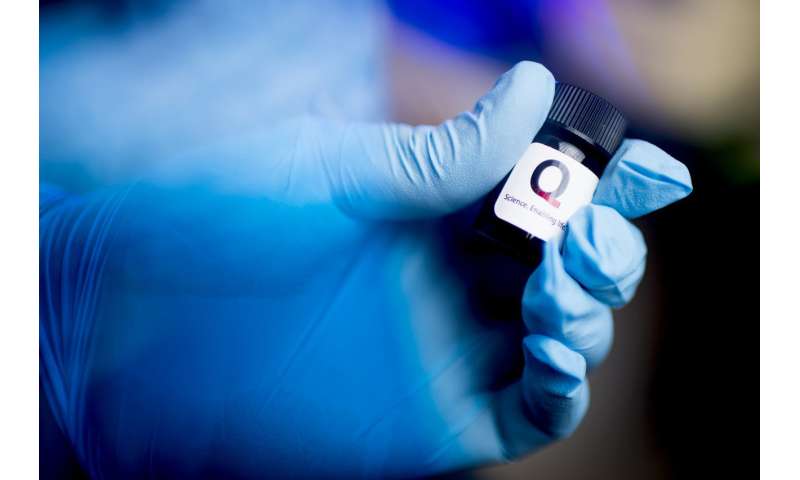 Quad Technologies has designed a material, called QuickGel, that can be used to isolate T-cells without needing to use magnetic beads.

“We essentially make our polymer into a sphere similar to the size of a magnetic bead,” Kevlahan said. “The cell is attached in the same way.”

When the sample is run through a strainer, the T-cells attached to the polymer remain there, while everything else passes through.

This still leaves the problem of breaking the bonds between the cells and the polymer, but that’s where Quad Technologies’ product is special—it dissolves harmlessly, leaving the cells behind.

“It was part of my thesis research,” said Kevlahan, who received his doctorate from Northeastern in 2013. “I saw the broad capabilities of the polymer and how much it could really disrupt the market.”

The company was named a finalist in the MassChallenge startup accelerator program in 2013, and received early-stage funding from IDEA, Northeastern’s student-led business accelerator. Now, the recent acquisition by Bio-Techne will provide the necessary infrastructure to bring Quad Technologies’ products closer to human clinical trials.

Bloating in women can also be a Symptom for cancer

Pneumococcal disease: Causes, how it spreads, and symptoms