You may be familiar with 23andMe and other at-home genetic test services, which can trace ancestry to a specific group of people that lived over 1,000 years ago, build out your family tree and connect you to distant relatives.

But what many don’t know is that the services can also provide a report on the types of diseases and conditions that individuals might be predisposed to, including Type 2 diabetes, Celiac disease, Parkinson’s disease, late on-set Alzheimer’s and the BRCA1 and BRCA2 mutations, amongst others. 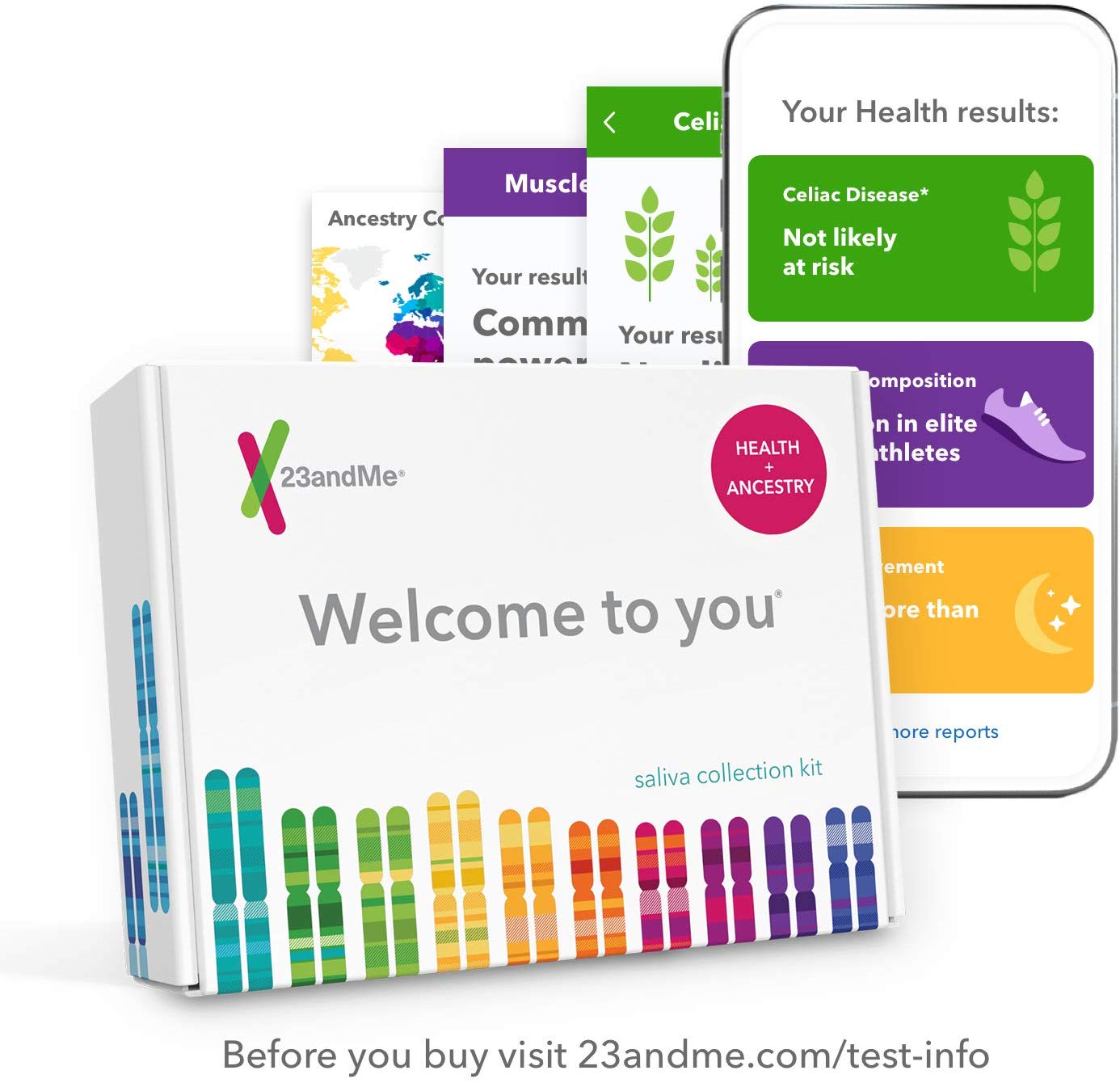 While the BRCA gene, known as the “breast cancer gene,” is only found in 1 in 400 people and accounts for between 5 to 10 percent of breast cancer cases and 15 percent of ovarian cancer cases, it has received particular emphasis from physicians and patients as of late. Although not everyone who has the mutation will develop cancer, BRCA1 or BRCA2 increases a female’s breast cancer risk from 12 percent (the general population’s risk) to between 50 and 85 percent. Additionally, women who test positive have a 60 percent chance of developing ovarian cancer, while women and men both are also at increased risk for pancreatic cancer. Whether these patients have a family history of cancer or the mutations or not, the issue at large is that many don’t know they are BRCA positive and consequently miss out on increased screenings and other preventative measures.

NEW YORK, NY – SEPTEMBER 25:Hoda Kotb is seen on the set of the Today Show on September 25, 2018 in New York City.(Photo by Raymond Hall/GC Images)

“Half of the people with a BRCA mutation have no known family history of the BRCA cancers,” said Lauren Corduck, founder of OneinForty, to the New York Times. “Physicians who are not offering testing to patients need to be educated and patients should be proactive on their own behalf.”

Given these consequences, new guidelines were issued by a health group in late August of this year to suggest the expansion of lifesaving BRCA testing to include more women: Now, testing is advised for women previously treated for breast, ovarian or tubal cancer and are deemed “cancer-free,” or if their ancestry is prone to BRCA, such as those of Ashkenazi descent.

Direct-to-consumer genetic testing like 23andMe’s Genetic Health Risk Report, which is included in the company’s Health and Ancestry Service, can help alert individuals to genetic variants like BRCA 1 or BRCA 2, which can be lifesaving if they don’t know if they have a family history.

However, there are a number of limitations to the test in regards to BRCA diagnosis, which customers should be aware of — the biggest, and most important factor, being that 23andMe only tests for three variants most commonly found in Ashkenazi Jews, and not the thousands of other variants.

“We are not testing for all BRCA variants. There are over 1,000 variants in the BRCA genes known to increase cancer risk,” explained Stacey Detweiler, a Medical Affairs Associate from 23andMe, to AOL Lifestyle. “In addition, the report does not include variants in other genes that have also been associated with hereditary cancers.”

“Due to this, and the fact that other non-genetic factors like lifestyle play a role in cancer risk, a negative result doesn’t mean forgoing recommended cancer screening. however the variants we are testing for carry significant risk,” she continued, adding that individuals will need to undergo confirmatory testing with their physicians.

“For any customers who receive a positive result, we recommend that they speak with a healthcare provider to discuss confirmatory testing in a clinical setting,” Detweiler concluded.

Other lifestyle and genetic factors may play a part in increasing or decreasing the risk of developing or inheriting these conditions, but it’s vital to note that there are certain markers, like other BRCA variants, that the report does not cover — your genetic counselor or physician will be able to advise further.

Gorjana will be donating 50 percent of proceeds from the Power Gemstone Bracelet to the Breast Cancer Research Foundation.

In addition to donating $50,000 to BCRF, Rothy’s is spreading the love this October by gifting a select limited edition pink shoes to survivors and supporters with the purchase of eligible shoes.

"At Rothy’s, we’re just as dedicated to sustainability as we are to supporting women. We’re thrilled to be an official partner with the Breast Cancer Research Foundation, which works tirelessly to support lifesaving research. Last year we asked our customers to tell us about women in their life who have been impacted by breast cancer, and we were incredibly moved by the responses we received. We’re looking forward to reading more of those special words this year." – Rothy’s VP of Marketing, Elie Donahue

As a direct contribution in support of this Print with Purpose collection, the BCRF will receive a $22,000 donation from Lilly Pulitzer.

Jack Rogers will be donating 10% of proceeds from the Georgica sandal in blush and magenta to the Breast Cancer Association throughout October.

100 percent of the proceeds will go to the Breast Cancer Research Foundation.

50 percent of the proceeds from every purchase of the Metastatic Breast Cancer Charm Necklace Set will support our Legacy Retreat through Inheritance of Hope for families with a parent battling metastatic breast cancer.

20 percent of all net proceeds will be donated to Bright Pink.

Bobbi Brown Cosmetics will donate $24.00 from the purchase of each Proud to Be Pink Lip Color Duo to the Breast Cancer Research Foundation® (BCRF) from 9/9/19 to 6/30/20.

In support of The Estee Lauder Companies’ Breast Cancer Campaign, Origins will donate 100 percent of the purchase price of this Limited Edition Blooming Bold Lipstick Set.

Donna Karan Cosmetics will donate 20 percent of the SRP from the sale of this product to the Breast Cancer Research Foundation.

David Yurman is partnering with BCRF this October, launching an exclusive bracelet with 20% of proceeds going towards the non-profit.

With each purchase of this product, Estée Lauder will donate 20 percent of the suggested retail price to the Breast Cancer Research Foundation.

10 percent of net sales will be donated to Boarding for Breast Cancer, a nonprofit that advocates for early detection and empowers young people to live a healthier lifestyle.

La Mer will donate 30 percent from the purchase price of this limited edition, travel-size Cleansing Micellar Water with a maximum donation of $53,000 to the Breast Cancer Research Foundation.

100% of US sales benefit Bright Pink®, a non-profit dedicated to prevention and early detection of breast and ovarian cancers in young women.

From September 9th – October 31st 20% of the proceeds directly benefit the Dr. Susan Love Foundation and their research.

In honor of Breast Cancer Awareness Month, Brahmin brought back a favorite pink collection with a portion of proceeds benefitting the National Breast Cancer Foundation during the month of October.

Activewear brand 686 is on a mission to board for breast cancer (literally!) with their Moonlight Jacket and will donate $18 from every jacket sold to BOARDING FOR BREAST CANCER (B4BC) a nonprofit foundation providing breast cancer education, prevention, and survivor support programs for young people.

On October 5th & October 6th, Native will donate $1 per bar of deodorant sold to Fuck Cancer’s Personal Ink (P.ink) a program, dedicated to empowering women to reclaim their bodies after mastectomies.

10 percent of each purchase goes to lifesaving research at the Breast Cancer Research Foundation!

During the month of October, customers can select any large round or large square pink suede box and pair with any pink flower and the brand will donate 20% of proceeds from to City of Hope, a world leader in the research and treatment of cancer.

"We are donating 100 percent of US proceeds from this Regenerist Whip Pink Ribbon Face Moisturizer + Refill to benefit Bright Pink and their life-saving mission focused on the prevention and early detection of breast and ovarian cancer."

20% of net proceeds from this purchase will help fight Breast Cancer.

Texas boy, 2, partially scalped after being dragged under car

'Nutrichondria’ Is A Growing Diet Trend And It Has Experts Concerned

Many of America’s most critical workers are short on sleep

Barley: A tasty alternative to rice