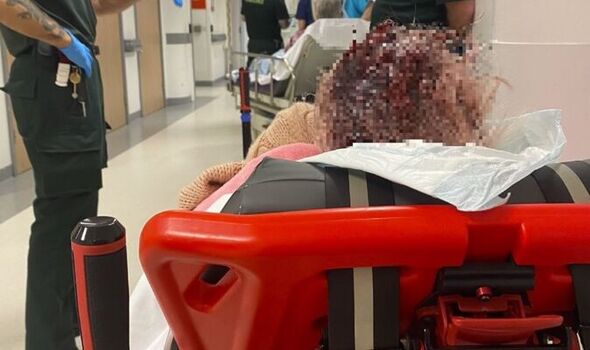 The woman, who had suffered a fall and banged her head at the sheltered accommodation home she lives in, had been taken to Whiston Hospital, with her daughter travelling with her, Liverpool Echo reports.

The fall, which occurred on a Saturday morning in late April, had caused the elderly lady to bleed profusely from her head, partly because she takes blood thinners to deal with other health conditions.

Her daughter, who asked that she and her mother remain anonymous, said: “The two ambulance men gave all the details of what had happened to the hospital staff and I thought they would go – but they stayed. Apparently they couldn’t hand mum over to the hospital as there wasn’t any space to get her into the A&E department.

“We were in a corridor with lots of other people on stretchers – mainly elderly people. I went off down a corridor into another department to find a chair as I have got health issues myself and really needed to sit down. In front of us was another elderly patient, the ambulance staff with that person offered to stay with mum so the crew with mum could leave – we had been there almost an hour at that point.”

Later on she was looked at by a nurse, before a young doctor came to see her, warning that she could be waiting a very long time for the scan that was needed. After four hours of waiting the woman’s daughter was asked to leave as they couldn’t accommodate family members.

The woman’s daughter said: “We tried ringing later on and couldn’t get an answer from A&E – it was just ringing out – understandably they were extremely busy. Later in the evening my son managed to get through and they said his grandmother was in “stretcher triage” but was comfortable, and her head injury was waiting to be assessed by a specialist.

“The following morning we rang again and my son was told she was still in stretcher triage but had fallen off the trolley in the night. I went straight there, with pyjamas and incontinence pads and a blanket and food & drinks, to try and get an update.” 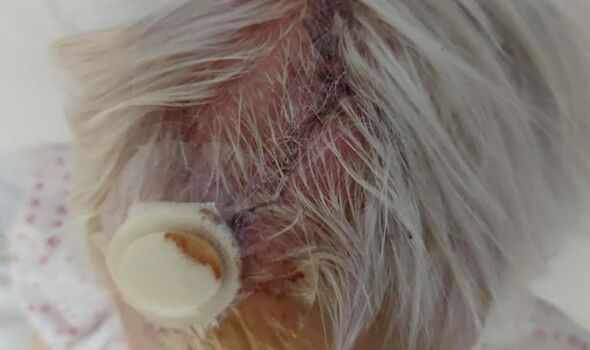 When her daughter got to the hospital, her mum’s wound had been cleaned but she said she was ‘shocked’ to find her still in a corridor just a a little further round the corner from where she had left her the previous afternoon. She added: “By this point mum was really confused, she thought the nurses were the carers who come to her bungalow and she kept asking one of them to go and her some sweeteners for her tea out of the cupboard in the kitchen.”

A healthcare assistant at the hospital explained that the elderly lady had got her legs stuck through the trolley rails in the night and had fallen. She added: “Thank God she hadn’t done herself further injury.” 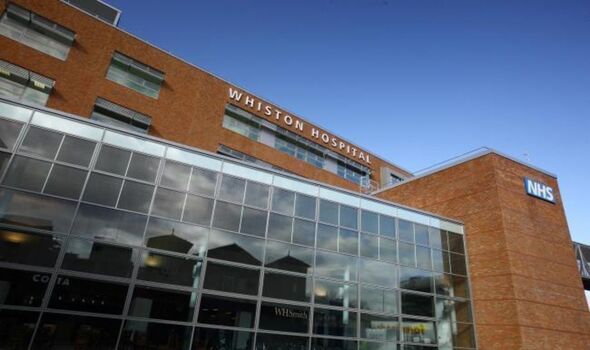 The 90-year-old woman was eventually admitted and reached a ward in the early hours of the Monday morning, nearly 40 hours after she first arrived. Her daughter said: “I want to be clear that in no way am I having a go at the nursing staff, they do what they do under very difficult circumstances. And the ambulance staff were absolutely amazing.

“Mum was three weeks shy of her 90th birthday at the time of this incident. She is diabetic, has third stage kidney failure, leukaemia and heart problems, and was clearly confused – both through age related memory & hearing loss and probably also as result of the head injury. The hospital is clearly very understaffed and demand is through the roof but leaving a vulnerable old woman for so long in a corridor is totally unacceptable.

“She was not the only old person I saw in that corridor either, some in a worse state of confusion than Mum. It’s like they are disposable, they have no dignity and this system has become the norm – the staff are maybe hardened to it, maybe they have to be to be able to actually go to work each day. What happens to old people who have no family nearby, to come and advocate or care for them during their wait to be admitted. It is truly shocking and it looks like it’s only going to get worse.”

Responding, a spokesperson for the St Helens and Knowsley NHS Trust, which runs the hospital said: “At times of great pressure, when demand exceeds the number of beds available to admit patients to the hospital, it is regrettable that there may be occasions where patients are cared for in stretcher triage for longer periods of time than we would wish. This was unfortunately the case in April and demand was exceptionally high.

“As with all other hospitals across the country, we have experienced a significant increase in demand for services over the last 3 years. Whiston Hospital remains the busiest A&E, with the highest number of attendances in Cheshire and Merseyside.

“Patient safety is always our priority. At all times we ensure that nursing and medical staff maintain the highest levels of care during this unprecedented level of activity. Our staff are responding to this increased pressure with exceptional professionalism and are working incredibly hard throughout the hospital to manage this demand.”

Diabetes: The ‘most effective’ food to lower blood sugar levels within ‘minutes’ of intake

Keep it moving: How a biomaterial mobility may revolutionize immunomodulation

Popular Malaysian soup can cause liver damage when mixed with medication