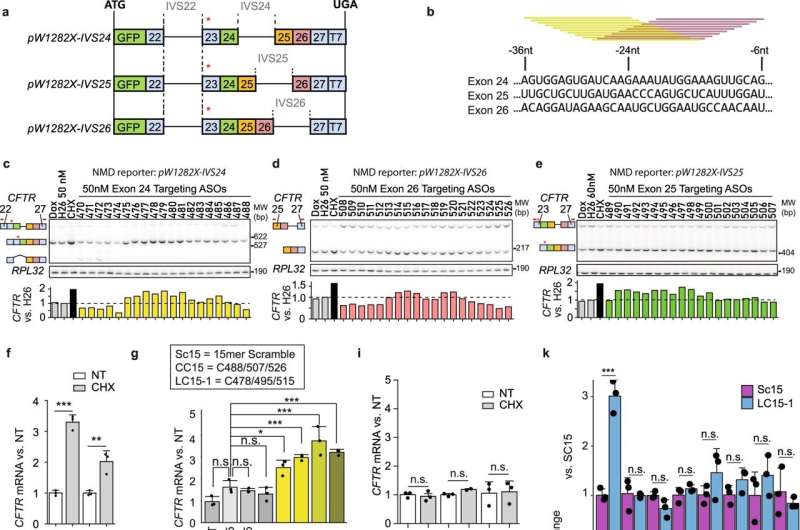 Antisense oligonucleotides, or ASOs, are molecules that can be used to control protein levels in cells. Cold Spring Harbor Laboratory Professor Adrian Krainer leveraged ASO technology to develop the first FDA-approved treatment for spinal muscular atrophy called Spinraza. The drug has helped over 11,000 patients make more of a protein that certain neurons in the spine need.

Since then, Krainer has been searching for more ways ASOs can help treat other disorders. He has zeroed in on cystic fibrosis (CF), where patients do not make enough of a protein called CFTR. His team discovered how to use ASOs to make more of an imperfect but still functional version of CFTR. The discovery sets the stage for a new therapeutic approach that may help reduce CF symptoms and improve patients’ quality of life.

The imperfect CFTR protein is a result of a gene mutation. It causes cells to receive the wrong instructions for making the protein. The faulty instructions are eliminated and the protein isn’t made, since in general, imperfect proteins may be disruptive. Krainer’s ASOs trick cells into following the faulty instructions and making the imperfect CFTR protein. His team found that, in this case of CF, having an imperfect version of the protein is better than having none at all. Their method improved the function of lung cells, suggesting the ASO strategy could improve symptoms in CF patients with this mutation.

Abnormal expression of genes in psychopathy

Everything You Need To Know About Eyelash Extensions