There are many other lesser-known winter greens that you might have not come across but should include in your diet this winter. One such green leafy vegetable is bathua or Chenopodium album. 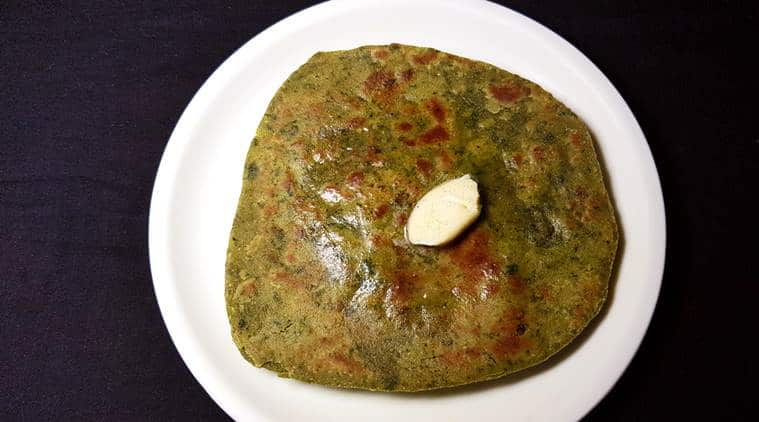 Winters are the best time of the year to dig into colourful regional vegetables and fresh herbs. The seasonal leafy vegetables include spinach, methi or fenugreek, sarson or mustard saag, among others. Apart from the leafy variety, whatever vegetables you get in these months are comparatively fresh and high on nutrients.

There are many other lesser-known winter greens that you should include in your diet, too. One such green leafy vegetable is ‘bathua’ or Chenopodium album, grown and consumed in most parts of northern India and also known as pigweed. Bathua greens or leaves are commonly cooked with other vegetables such as the popular Punjabi dish ‘Sarson da saag’ which is a mix of sarson, spinach and bathua (the latter two varieties help tone down the bitterness of sarson). But there are various other ways to consume it if you don’t want to invest much time in the kitchen.

Here are some health benefits of bathua.

* Bathua is rich in calcium, potassium, magnesium, and vitamins A, C and B6. Also, it is very low in calories and ideal for weight-watchers.

* Bathua leaves have a concentration of amino acids, which are important for cell formation and cell repair.

* If you are suffering from digestive troubles, go for a good bowl of cooked bathua, a winter special, as it is rich in fibre.

How to make Sarson Ka Saag with Makki Ki Roti

How you can add bathua in your diet

* Bathua ka paratha – One can make regular flat rotis or bread with bathua. All you have to do is boil and turn it into a paste which can be added to regular wheat flour along with seasonings like cumin seeds, fennel seeds, ajwain and some salt to taste. You can have it as a warm breakfast or also include in meals.

* Bathua raita – As a side dish, you can mix it with yoghurt. Just like in parathas, boil and grind into a paste and later add it to fresh curd and whisk with salt, chilli and other seasonings and spices of your choice.

* Bathua saag: Similar to sarson and palak saag, bathua saag is a great winter staple that can be enjoyed with rotis, parathas or rice dishes.

Intimate-partner domestic violence in the U.S.

What did the earliest humans eat and were ancient Indians really vegetarian?

Adopting a ‘better’ running technique, David ended up in a moonboot