Campaigners are launching an ‘illegal blood bank’ to collect donations from sexually active gay and bisexual men in protest over Government rules.

Under existing measures, men are not allowed to donate blood within three months of having sex with another man.

This is because sex between two men carries a statistically higher risk of transmitting blood-borne infections such as HIV or hepatitis.

It can take weeks or even months for these to appear on tests so the national blood donation programme has a time buffer to minimise the risk of false negative tests.

The Illegal Blood Bank campaigners say it’s unfair to exclude men from donating blood based on their sexual history and that there is a ‘huge pool of donors going to waste’.

NHS Blood and Transplant said it follows guidelines based on statistical evidence and that the safety of people receiving blood is more important than anything else. 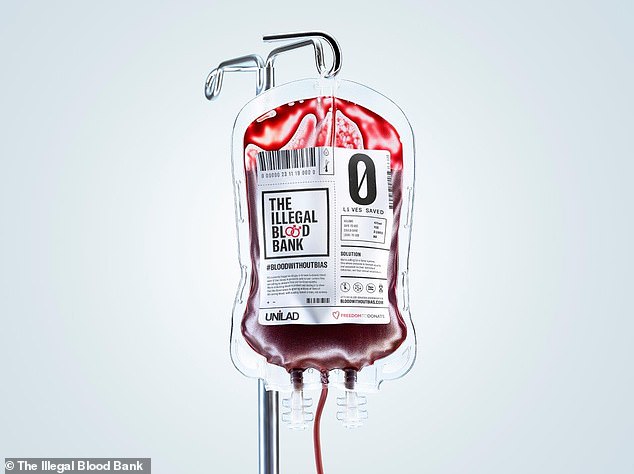 The Illegal Blood Bank is being organised by campaign group Freedom to Donate and news website UNILAD.

It will launch on November 23 in an unknown location in London and collect blood samples from up to 30 men who have sex with men, who can register online.

Qualified medics will then screen the samples to reveal how many would be usable in a hospital in an attempt to prove the current rules are unfair.

Freedom to Donate founder Ethan Spibey said: ‘Our position is simple – anyone who can safely donate blood should be able to.

‘We’re aiming to raise awareness of the unfairness in blood donation on a huge scale and demonstrate the incredible potential of those thousands of gay and bi men who could potentially donate through an alternative model.’

Being a gay or bisexual man does not mean someone can’t ever give blood.

This is because sex between men carries a higher risk of HIV infection – or infection with other blood-borne diseases such as hepatitis – than heterosexual sex.

And the three month buffer exists because, if someone has only recently been infected with a blood-borne illness, there is a risk the condition might not be picked up by blood tests.

After three months the risk of a false negative is much lower.

NHS Blood and Transplant said: ‘The safety of patients remains our number one priority.’

Mr Spibey, who was unable to donate blood to his own grandfather because he was gay and sexually active, is campaigning for people to be tested individually to see whether they’re suitable to donate, rather than being lumped into a category.

The Illegal Blood Bank hopes to prove that blood donations from gay and bisexual men who are regularly tested for sexually transmitted diseases are safe.

It says potential donors should be given individual risk assessments and tests instead of being blocked at the start because of their sexual preferences.

Keegan Hirst, an openly gay rugby player for Halifax, is supporting the campaign and said: ‘People should be empowered to celebrate who they are but this won’t happen if there are policies in place, which discriminate against certain communities.

‘I’ll be donating blood at the Illegal Blood Bank in the hope it leads to gay and bisexual men who are safe to donate, being able to do so.’

NHS Blood and Transplant said the policies which govern who it can accept blood from do not exclude people specifically because they’re gay or bisexual.

Men who have sex with men can donate whenever they like if they have a clean bill of health and haven’t had sex for three months – it is the act, not the orientation, which is considered risky.

Likewise, men who say they are heterosexual but have had sex with a man in the last three months would not be able to donate.

Rates of HIV are higher among men who have sex with men and the lining of the anus is thin and more likely to be damaged during sex than a vagina, increasing the chance of an exchange of blood. Semen is also more likely to transmit the infection because it can stay in the body for relatively long periods of time.

The reason for the three-month time buffer is that test results may not be accurate if someone has very recently acquired the infection. 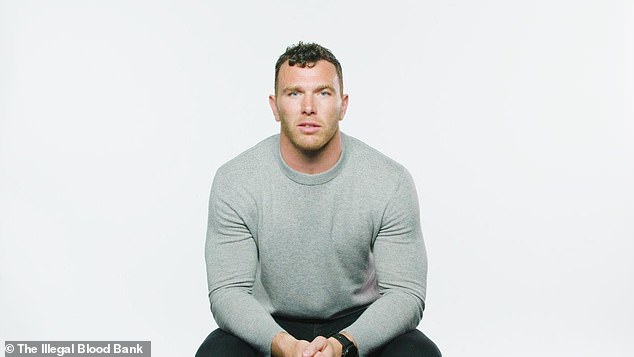 Gay rugby league player Keegan Hirst is supporting the campaign and said: ‘People should be empowered to celebrate who they are but this won’t happen if there are policies in place, which discriminate against certain communities’ 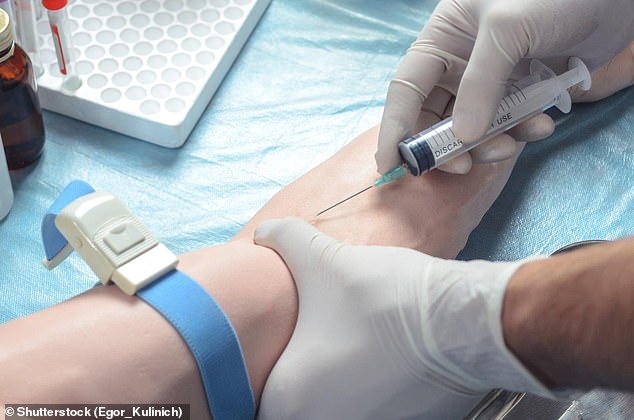 The NHS says the three-month buffer for men who have sex with men is because signs of HIV or other blood-borne infections may not be picked up by tests if someone has very recently been infected. Statistics show rates of HIV are higher in the gay community

Dr Su Brailsford, an NHSBT consultant, said: ‘We are already working collaboratively with LGBT+ groups on blood donation, through the FAIR steering group.

‘This group is using an evidence based approach to explore if a more individualised blood donation risk assessment can be safely and practically introduced, while ensuring the safe supply of blood to patients.

‘We want to give as many people as possible the opportunity to donate whilst continuing to ensure the safety of patients remains our number one priority.’

NHSBT said donated blood comes from just 1.5 per cent of the UK population and hospitals are generally not short of quantities of blood, only of certain types, such as Ro.

The Illegal Blood Bank event will be run by qualified nurses and in conjunction with a London medical facility which will help it store, process and dispose of the blood.

Your Support Makes a Lifesaving Difference Every Day!