Delays in mental health treatment are ‘ruining people’s lives’, according to a report.

Patients with conditions ranging from depression to bipolar disorder are waiting so long for NHS care they end up unemployed, divorced or broke as a result, a Royal College of Psychiatrists survey has found.

A 37-year-old man, from north Wales, even said he waited 13 years to get the treatment he needed.

And 37 per cent of those who were forced to wait months or even years to see an NHS specialist saw their mental health deteriorate during that time.

‘If they were waiting many months or even years for cancer treatment there would be an outcry,’ Professor Wendy Burn, president of the RCP, said. 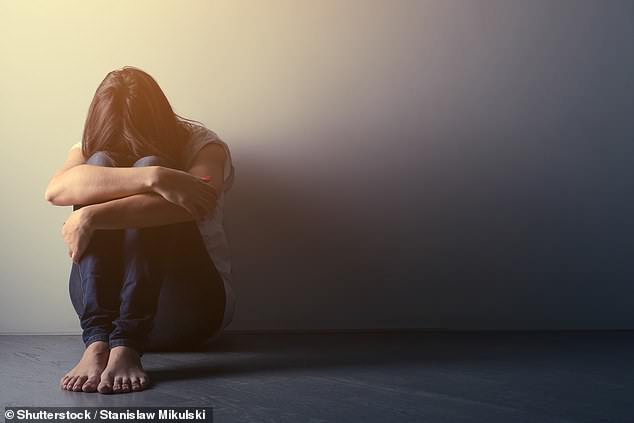 Delays in mental health treatment are ‘ruining people’s lives’, according to a report (stock)

‘But for some reason when it comes to mental illness long waits have been deemed acceptable.’

‘It is a scandal that patients are waiting so long for treatment,’ Professor Burn added.

‘The failure to give people with mental illnesses the prompt help they need is ruining their lives.’

The survey was conducted by the research consultancy Comres and was made up of 500 diagnosed mental-health patients.

Results show that 24 per cent of the participants waited more than three months to see an NHS specialist.

Some six per cent even waited longer than a year.

Among those whose mental health got worse during the wait, 36 per cent ended up getting divorced, 32 per cent found themselves in financial trouble and 34 per cent had issues at work.

A 26-year-old female respondent, from Scotland, said: ‘I wouldn’t leave the house, I lost my job, I self-harmed. I had no help.’

‘I got depression and it got so bad that I lost my job and I divorced over it,’ a 38-year-old woman, from Wales, added.

‘As a result, I got a caution too and financial problems.’

While it is normal to feel down from time to time, people with depression may feel persistently unhappy for weeks or months on end.

Depression can affect anyone at any age and is fairly common – approximately one in ten people are likely to experience at some point in their life.

Depression is a genuine health condition which people cannot just ignore or ‘snap out of it’.

Symptoms and effects vary, but can include constantly feeling upset or hopeless, or losing interest in things you used to enjoy.

It can also cause physical symptoms such as problems sleeping, tiredness, having a low appetite or sex drive, and even feeling physical pain.

In extreme cases it can lead to suicidal thoughts.

Traumatic events can trigger it, and people with a family history may be more at risk.

It is important to see a doctor if you think you or someone you know has depression, as it can be managed with lifestyle changes, therapy or medication.

Survey respondent Lee Rogers, 37, from north Wales, believes he should have got help as soon as he was admitted to hospital in 2005 with panic attacks.

But, while in hospital, Mr Rogers was not assessed by a mental-health specialist.

It took a further 13 years before he was properly looked over and started receiving the treatment he needed, which he is undergoing.

‘No-one in A&E recognised that I was struggling with my mental health so I was sent home with no support,’ Mr Rogers said.

‘I got so ill I ended up losing my job and tried to kill myself several times.

‘I wouldn’t have lost all those years of my life had my mental ill health been identified at the outset.’

Long waits for NHS mental health treatment are largely down to a lack of specialist staff, particularly psychiatrists.

Speaking of the results of the survey, Professor Burn added: ‘One of the NHS’s mantras is ‘right care, in the right place, at the right time’ and until this becomes a reality, stories like the ones our poll revealed will continue being all too familiar.’

Last year the Government announced a pilot scheme to ensure it takes no longer than four weeks for a mentally-ill child in England to be seen by an NHS specialist following referral by their GP.

‘Our research shows that much ground needs to be covered if a similar waiting time cap were to be achieved for adults,’ Professor Burn said

The RCPsych is launching the next phase of its Choose Psychiatry campaign today to encourage more medical students to specialise in mental health.

Between June 2013 and 2018, the number of consultant psychiatrists increased by just 3.3 per cent, compared to 21 per cent across the rest of the NHS.

One in six adults in the UK experiences a mental health problem in any given week, according to Mental Health Foundation.

Mental-health conditions affect a similar number of people in the US.

This comes after research released earlier this year suggested stopping exercise can worsen depression in as little as three days.

In a review of six studies carried out by the University of Adelaide, results implied symptoms, such as a continuous low mood, appear almost immediately after a patient ceases to be active.

Constance Hall Claps Back At Trolls Over Her Post-Birth Pic