When you subscribe we will use the information you provide to send you these newsletters.Sometimes they’ll include recommendations for other related newsletters or services we offer.Our Privacy Notice explains more about how we use your data, and your rights.You can unsubscribe at any time.

Heart attack symptoms include difficulty breathing, severe chest pain, and feeling sick. A general feeling of unease, similar to anxiety may be a lesser-known indicator of your risk to the deadly condition.

For those unfamiliar with the sensation, the NHS explains that anxiety is akin to “a feeling of unease”.

And a panic attack “is when your body experiences a rush of intense mental and physical symptoms”.

Most panic attacks last between five and 20 minutes – although, reports have been made that some people can experience them for up to an hour.

Typically a response to stressful situations, or a result of a panic disorder, it can also happen when someone is having a heart attack.

A lot of symptoms experienced during a panic attack are the same symptoms one experiences during a heart attack. 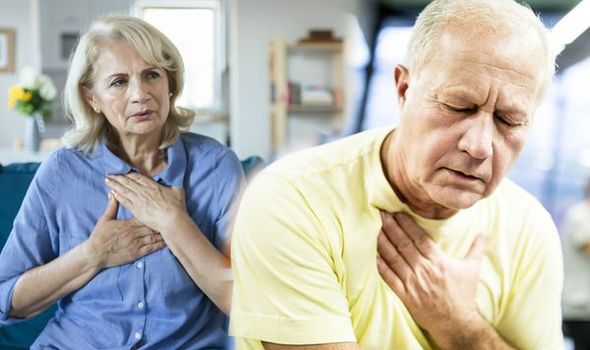 A panic attack is an intense rush of fear or anxiety that can feel just like a heart attack, with chest pain, shortness of breath, sweating, nausea, light-headedness, and a racing or pounding heart, said Health Harvard.

The health site continued: “These frightening episodes propel many people to seek emergency care, where careful testing uncovers no evidence of a heart problem.

“Instead, these people receive a diagnosis of what’s known as non-cardiac chest pain (NCCP), which is surprisingly common.

“As many as one in three people experience NCCP at some point in their lives, according to a 2017 review article in the journal Psychosomatics.

“While some cases end up being traced to a gastrointestinal or muscle-related problem, a number of people with NCCP have very high levels of anxiety.”

It’s an exaggeration of the body’s normal response to danger, stress or excitement.

The charity explained symptoms of a panic attack can build up very quickly. 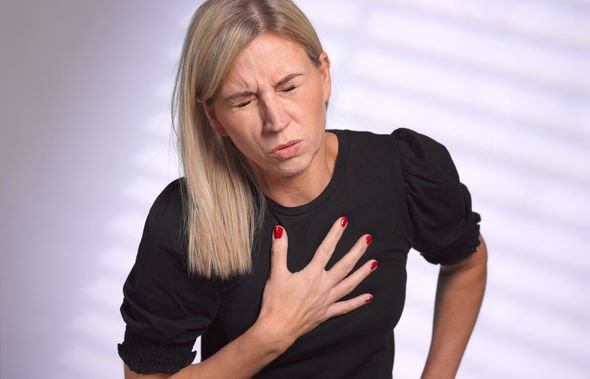 Physical sensations of a panic attack include a pounding, or racing, heartbeat, and feeling faint, dizzy or light-headed.

People may feel very hot or cold, they may swear, tremble and shake, feel nauseous and experience pain in the chest or abdomen.

Some people may feel disconnected from their mind, body or surroundings, which is a type of dissociation.

The longer a heart attack is left unmanaged, the more of the heart muscle can die.

Symptoms of a heart attack is a medical emergency, and 999 must be called immediately.

Yes, the pain may not be excruciating, in fact it may not even register as pain to some people, but it does require medical attention.

While waiting for an ambulance, it’s advised to chew on aspirin if available nearby and to try to remain calm.

‘Microbubbles’ could destroy more than half of hard-to-treat tumours

A Troubled Public Hospital Closed. This Doc Is Leading Its Rebirth