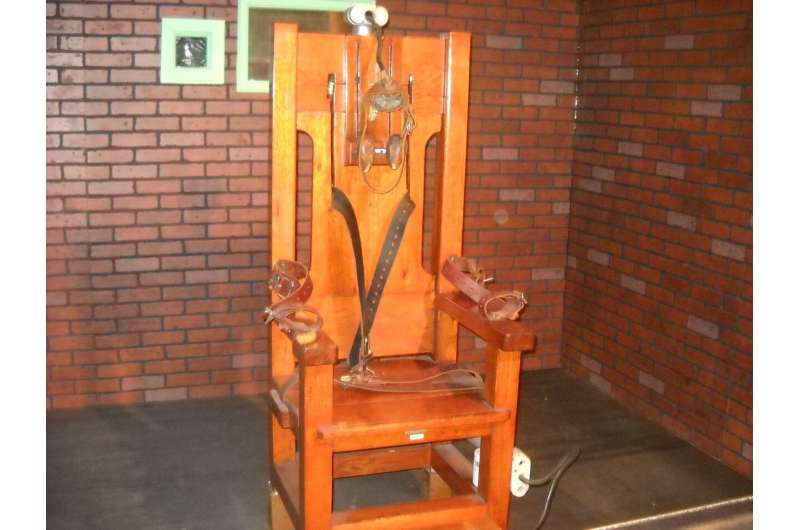 Over a decade ago, a “brain-mapping” technology known as QEEG was first used in a Florida death penalty case, helping keep a convicted Miami killer off death row by swaying jurors that brain damage had left him prone to violence.

In the years since, brain mapping remains very much a legal gray area, inconsistently accepted in a small number of death penalty cases across the state. In some, prosecutors fought it as junk science and judges agreed to block results. In others, prosecutors raised no objections to the tests.

The questions surrounding brain mapping will soon be on trial again in the most high-profile Florida death penalty case in decades: Florida versus Nikolas Cruz, the gunman convicted of murdering 17 students and staff members at Marjory Stoneman Douglas High in Parkland in February 2018.

Cruz’s defense lawyers have listed QEEG experts, and test results, as one part of their case intended to persuade jurors that brain defects should spare him the death penalty. The Broward State Attorney’s Office has now signaled in a court filing last month that it will challenge the technology, and will ask a judge to exclude the test results—not yet made public—from jurors.

The former Stoneman Douglas high student has already pleaded guilty but a jury must be selected to consider whether he should be executed or sentenced to life in prison. The sentencing trial could start in April, as prosecutors and defense lawyers line up a battery of mental health experts who could testify on both sides.

What is a QEEG?

Electroencephalogram tests, known as EEGs, record electrical energy in the brain through sensors attached to the head. The results are displayed as squiggly lines on paper—brain wave patterns that have been used by medical doctors for decades to detect evidence of stroke damage, epilepsy or other neurological problems.

More recently, computers have been used to create the “Quantitative EEG,” known as QEEG, which translates the results into a digital image of a patient’s brain to help analyze brain-wave frequencies—and compare it against a data base of other normal and abnormal patterns.

The technology was first used in a major Florida case in 2010, in the death-penalty prosecution of Grady Nelson, who stabbed his wife 61 times, then raped and stabbed her 11-year-old mentally disabled daughter. The wife died, while the girl survived.

Nelson’s defense team argued that earlier brain damage had left the killer prone to impulse and violence. Prosecutors fought to strike the QEEG test as evidence, arguing the science was unproven and used improperly to explain away Nelson’s calculated, heinous crimes.

“It was a lot of hocus pocus and bells and whistles, and it amounted to nothing,” the Miami-Dade prosecutor on the case, Abbe Rifkin, told the Herald at the time. “When you look at the facts of the case, there was nothing impulsive about this murder.”

But Circuit Judge Jacqueline Hogan Scola agreed the science was sound and allowed jurors to hear about the QEEG. At the sentencing phase, a defense expert presented jurors with a computer slide show replete with colorful graphics of Nelson’s brain, and explanations of the effects of frontal lobe damage.

“The moment this crime occurred, Grady had a broken brain,” his defense attorney, Terry Lenamon, said at the time. “I think this is a huge step forward in explaining why people are broken—not excusing it. This is going to go a long way in mitigating death penalty sentences.”

Despite that success, the widespread use of brain mapping hasn’t materialized in Florida death-penalty cases.

In the ensuing years, judges in at least five cases refused to allow the QEEG evidence to be presented to jurors. Upstate, those cases were: Byron Burch, in Hernando County, Vernon Stevens, in Charlotte County and Joshua Fulgham, in Marion County. All were strangulation murders. All wound up getting life prison sentences anyway.

In Miami-Dade, a judge excluded QEEG results for Miami cop-killer Dennis Escobar, who ultimately pleaded guilty and was spared the death penalty, and Joel Lebron, the ringleader in the brutal rape and execution-style shooting of Ana Maria Angel, who’d been kidnapped from South Beach. Lebron got the death penalty, although it was later reversed for unrelated legal reasons.

One expert, Dr. Charles Epstein, who testified for the prosecution in the Nelson case, believes there is limited value in brain-mapping results through electrodes placed on the outside of the skull. Newer technology, such as MRIs, could provide more precise pictures.

“We are recording through skin and bone and fluid to sample a piece of our brain and it’s just very imprecise,” said Epstein, a professor of neurology at Emory University who has studied QEEGs for 40 years.

Even in the tests for supposedly “normal” people used for comparison, brain-wave signals can be affected by any number of random factors—maybe the person being tested had too much coffee that day, for example, or suffered a migraine or subtle withdrawals from marijuana use, he said.

“A brain wave may be different, but that doesn’t mean that the difference has anything to do with the responsibility for a crime,” Epstein said in an interview with the Herald. “That’s a big leap.”

Still, in more recent years, prosecutors in several counties have not opposed brain mapping testimony. The reason, according to Dr. David Ross, a Plantation neurologist and QEEG expert, is that more scientific papers and research over years has validated the test’s reliability over the years. That has helped brain mapping gain wider use in mental-health diagnosis and treatment, though its effectiveness there also remains a subject of dispute.

“It’s hard to argue it’s not a scientifically valid tool to explore brain function,” Ross said in an interview with the Herald.

Ross himself testified at the 2017 trial of William Edward Wells, the so-called “Monster of Mayport,” who killed an inmate in a Bradford County prison. Wells, at the time, was serving a life sentence for murdering his wife, four others and living with the body for several days.

Prosecutors did not object to the QEEG evidence. Ross told jurors his testing showed Wells had frontal lobe damage in his brain, and it led to his impulsive murders. “And was acting not in a premeditated way, but in an impulsive way because of the stress of all this,” Ross said. “He could not control it.”

Jurors rejected the death penalty and Wells got life. He later murdered another inmate—and was ultimately sentenced to death for that killing.

In Cruz’s case, it’s not yet clear how much stock the defense intends to place on brain mapping in the legal strategy to convince jurors to keep the killer off Death Row—or how jurors will react to it if it is admitted.

According to a court document, the defense intends to ask jurors to consider “mitigating” factors, such as his tumultuous family life, a long history of mental-health disorders, brain damage caused by his mother’s drug and alcohol use, and claims that he was bullied and sexually abused by a “trusted peer.”

Among the listed defense witness, at least two cite experience with the QEEG: Dr. Richard Adler, a forensic and clinical psychiatrist of Seattle, and Wesley Center, a licensed professional counselor and “neurofeedback specialist” from Focus for Living, a center in Burleson, Texas.

The Broward Public Defender’s Office turned over a 192-page QEEG “analysis” to prosecutors, who declined to release the report because it is considered private medical information.

In a motion to delay the trial filed last month, the Broward State Attorney’s Office said that after analyzing the data, it will file a motion to strike the QEEG as “not reliable among the scientific community” and won’t pass the legal standard used to allow jurors to hear about the test.

Do I have a drinking problem, or does everybody else?

If you’re struggling to lose weight while intermittent fasting, this might be why