Fertility clinics have been accused of selling ‘false hope’ to women by allowing them to freeze their eggs up to the age of 48.

This is despite fewer than 5 per cent of women being able to have an IVF baby with their own eggs past the age of 44 – and the fertility regulator warning that women over 40 have a ‘very slim’ chance of falling pregnant after freezing their eggs.

But vast numbers of middle-aged women are still freezing their eggs, amid concerns the fashionable procedure is seen as a ‘back-up plan’. 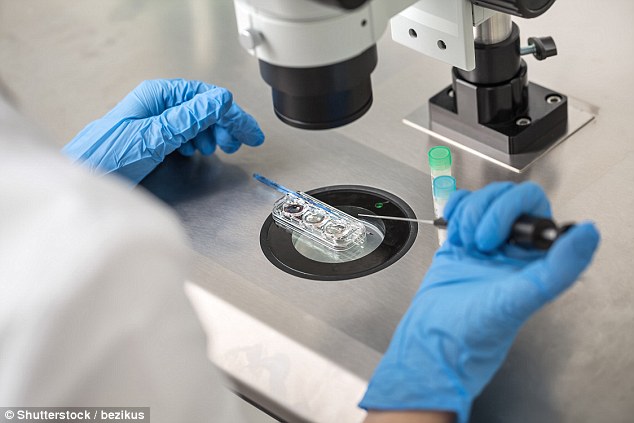 Vast numbers of middle-aged women are still freezing their eggs for IVF, amid concerns the fashionable procedure is seen as a ‘back-up plan’

Egg-freezing is sold as ‘fertility insurance’, which buys women more time to get ahead in their career or find the right partner before starting a family.

It allows women to freeze their eggs when they are younger and better quality, to give them a better chance of falling pregnant with those eggs at a later date.

The new report from fertility regulator the Human Fertilisation and Embryology Authority (HFEA) reveals that 46 per cent of women freezing their eggs are single and have no partner.

The regulator says women may have ‘unrealistically high expectations of success’, as women are now trying to get pregnant using their frozen eggs up to the age of 50.

The report states: ‘Where women over the age of 40 are freezing their eggs, the likelihood of a pregnancy from these eggs would be very slim, and we would caution against this being a sensible option for this group of women.’ 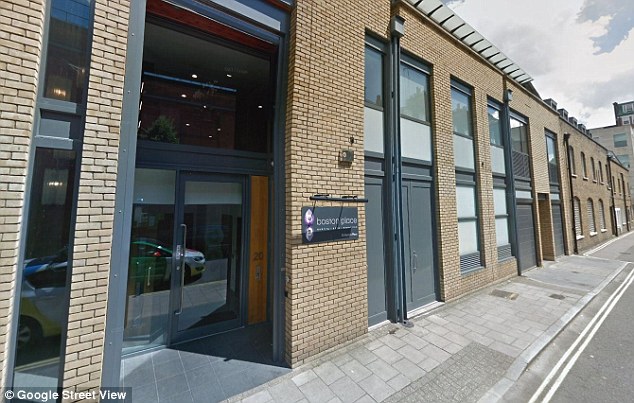 Richard Anderson, professor of clinical reproductive science at the University of Edinburgh, said: ‘The chances of having a baby from egg-freezing in a woman’s late forties are very slim and clinics need to be clear that they are acting in a responsible manner.

‘It is difficult to see how someone freezing their eggs close to their 50th birthday is advisable, and it is absolutely essential that women doing so have full knowledge of the likely success rates.’

Aileen Feeney, chief executive of leading patient charity Fertility Network, said: ‘By 28, female fertility has already begun to fall, at 35 female fertility plummets and at 42 your chance of becoming a biological mother is vanishingly small.

‘Women should not be given false hope about their chances of success in their mid to late forties using their own eggs.’

Fewer than one in five women who try to have a baby using their own frozen eggs are able to do so, with a success rate of only 18 per cent per cycle.

The chances of falling pregnant decline rapidly with age and the HFEA says the ‘optimum time’ to freeze your eggs is during a woman’s twenties and early thirties. 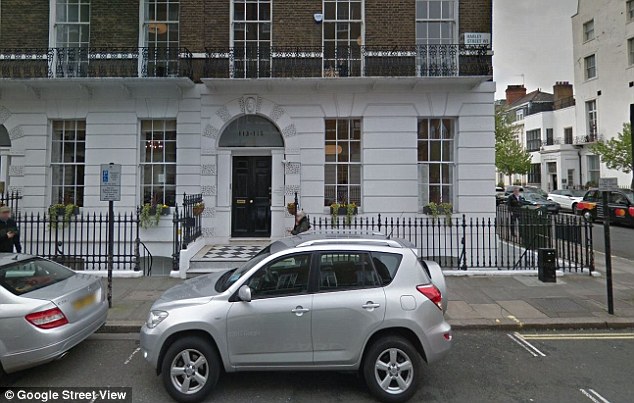 This because women over 40 have fewer viable eggs, can lose them during the thawing process, and are more likely to miscarry when they do fall pregnant.

However the 2016 figures show almost one in five egg-freezing cycles were for women aged 40 and over. In that year, five women aged 48 had their eggs frozen, with at least one 50-year-old thawing their frozen eggs to try to have a baby.

While some women will freeze their eggs for medical reasons, such as undergoing cancer treatment which will damage their fertility, more than 80 per cent of cycles are funded privately and likely to be for non-medical reasons.

Almost four in five women who have their eggs frozen live in London, and the two clinics which froze the most eggs of women in their forties in 2016 are London Women’s Clinic and London-based Boston Place.

The HFEA says clinics have an ‘ethical responsibility’ to be clear that egg-freezing below the age of 35 gives women the best chance of starting a family.

Its report warns that studies show patients’ ‘unrealistically high expectations of success’, adding: ‘The portrayal of egg freezing as a “back-up plan” or “fertility insurance” that allows women to undertake medical treatment, or take the time to find suitable long-term partners, complete their education, achieve financial stability or advance their career goals, may strongly influence the ways in which some women’s reproductive choices and experiences are shaped.’

A Daily Mail investigation last year caught doctors making wildly optimistic claims for egg freezing, such as a 30 per cent chance of having a baby with frozen eggs at the age of 38.

Sarah Norcross, director of the fertility charity Progress Educational Trust, said: ‘It is shocking to learn of women in their late 40s having their eggs frozen, when their chances of success will be all but negligible.

‘People say that egg-freezing empowers women, and perhaps it can, but a woman of 48 is being sold false hope.’

The highest bill for egg-freezing reported by HFEA is £8,230, covering the cost of freezing the eggs, thawing and then storing them for up to 10 years.

That is on top of the hormones a woman must take to stimulate her ovaries and create extra eggs to be removed and frozen.

This medication for the egg-freezing process, which takes a fortnight on average, can top up the bill by anything from £500 to thousands of pounds.

The 18 per cent success rate from frozen eggs falls well below the 26 per cent rate for conventional IVF, and there is a small chance frozen eggs can be damaged when they are thawed to make a baby.

Figures from the HFEA show women trying to have a baby past the age of 44, using their own eggs and donor sperm, have a birth rate of less than five per cent.

Sally Cheshire, chairman of the HFEA, said: ‘It is so important that women undergoing any type of fertility treatment are fully aware of the risks and cost involved, and the real possibility of it being successful.

‘Clinics have an ethical responsibility to be clear that egg freezing below the age of 35 offers women their best chance of creating their much longed-for family.’

However Professor Nick Macklon, medical director of London Women’s Clinic, said egg-freezing had been ‘transformed’ by new lab techniques, adding: ‘The emergence of the technique has also raised the prospect that women might be able to partially counter the biological clock that means most will be infertile by the age of 45.’

He said: ‘All women undergoing egg-freezing procedures receive extensive counselling which includes advice about the impact of age on the number of eggs they are likely to be able to freeze, and the chance of those frozen eggs being of sufficient quality to lead to a pregnancy.’

A spokesman for Boston Place said: ‘We treat every individual case on its own merit, considering our patients’ wishes and ensuring that we offer sound clinical guidance alongside cost-effective treatment.’

COVID conspiracy theorists: Concerned only about own health but reluctant to vaccinate