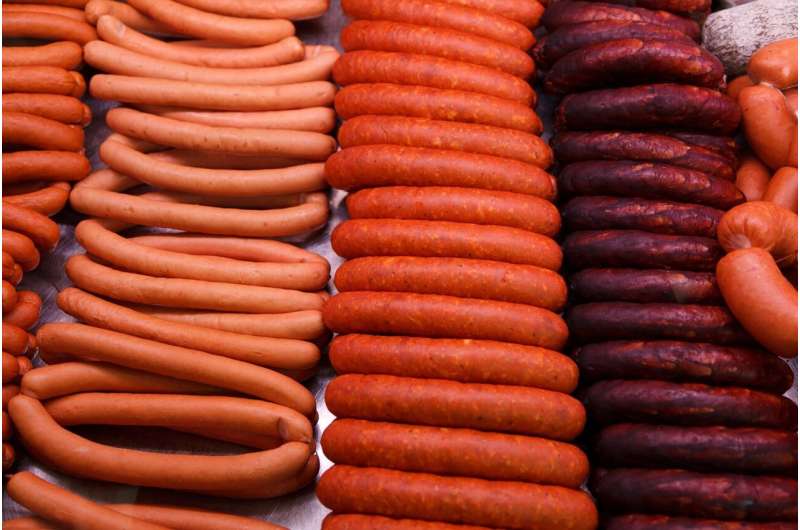 Nitrites and nitrates occur naturally in water and soil and are commonly ingested from drinking water and dietary sources. They are also used as food additives to increase shelf life. A study publishing January 17 in the open access journal PLOS Medicine by Bernard Srour of the Nutritional Epidemiology Research Team (EREN-CRESS) of Inserm, INRAE, Cnam, and Sorbonne Paris Nord University, Bobigny, France, and colleagues suggests an association between dietary exposure to nitrites and risk of type 2 diabetes.

Some public health authorities have advocated for limiting the use of nitrites and nitrates as food additives. However, the role of dietary nitrites and nitrates in metabolic dysfunction and type 2 diabetes in humans remains unexplored. In order to investigate the relationship between dietary exposure to nitrites/nitrates type 2 diabetes risk, researchers accessed data collected from 104,168 participants in the prospective cohort NutriNet-Santé.

The researchers found that participants in the NutriNet-Santé cohort reporting a higher intake of nitrites overall and specifically from food additives, and non-additives sources had a higher risk of developing type 2 diabetes. There was no association between nitrates and type 2 diabetes risk, and the findings did not support any potential benefits for dietary nitrites or nitrates in terms of protection against type 2 diabetes.

The study had several limitations and additional research is required to validate the results. The data were self-reported and the researchers could not confirm specific nitrite/nitrate exposure using biomarkers due to the underlying biological challenges. Additionally, people in the cohort’s demographics and behaviors may not be generalizable to the rest of the population—the cohort included a greater number of younger individuals, more often women, who exhibited healthier behaviors. Residual confounding may also have impacted the outcomes as a result of the observational design of the study.

According to the authors, “These results provide a new piece of evidence in the context of current discussions regarding the need for a reduction of nitrite additives’ use in processed meats by the food industry, and could support the need for better regulation of soil contamination by fertilizers. In the meantime, several public health authorities worldwide already recommend citizens to limit their consumption of foods containing controversial additives, including sodium nitrite.”

Srour and Touvier add, “This is the first largescale cohort study to suggest a direct association between additives-originated nitrites and type-2 diabetes risk. It also corroborates previously suggested associations between total dietary nitrites and T2D risk.”

Study increases knowledge of the genetics behind aortic aneurysm

Is Covid ‘Under Control’ in the US? Experts Say Yes