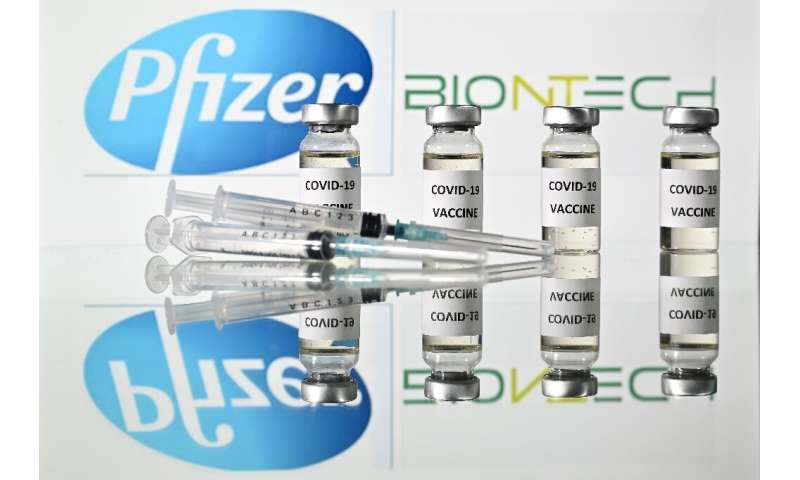 An emergency use authorization request for the COVID-19 vaccine developed by Pfizer and BioNTech was expected to be filed with the FDA on Friday, the US government and BioNTech’s co-founder said.

This type of Food and Drug Administration authorization is temporary or conditional and is granted in response to an emergency situation such as a pandemic.

“Pfizer’s partner BioNTech has announced that tomorrow they intend to file for emergency use authorization at the FDA,” health secretary Alex Azar told a press conference Thursday in Washington.

BioNTech co-founder Ugur Sahin earlier told AFP in a Zoom interview: “The documents will be finalized today and tomorrow and submitted to the FDA.”

The FDA did not say how long it would take to review the data on vaccine efficacy and safety, the two main criteria.

The scientific head of the US operation to develop a vaccine, Moncef Slaoui said Monday that the green light would probably come in December—a timeframe echoed by Sahin.

He told AFP there is a chance they could receive the green light from the US “this year,” and even starting delivering the vaccine by December.

The BioNTech/Pfizer shot and another one being developed by US firm Moderna have taken the lead in the global chase for a vaccine, after large-scale trial data this month showed that their jabs were around 95 percent effective against COVID-19.

The twin breakthroughs have lifted hopes for an end to a pandemic that has infected more than 56 million people and caused over 1.3 million deaths worldwide since the virus first emerged in China late last year.

“We would expect to see Moderna filing soon also,” Azar said at the press conference.

The US, the European Union and a slew of other nations have already placed orders for hundreds of millions of doses of the top vaccine candidates in development.

Health workers, carers and people considered at high risk for severe COVID-19 are set to be first in line for the jabs.

‘This is really solid’

Both vaccines are based relatively new technology that uses a synthetic version of a molecule called “messenger RNA” to hack into human cells, and effectively turn them into vaccine-making factories.

No vaccine based on this platform has ever been approved.

The speed at which the vaccines have been developed has raised alarm in some quarters.

Traditional virus vaccines use actual viruses that can take months or years to develop.

But top US infectious disease official Anthony Fauci sought to dispell those concerns during a rare briefing by the White House task force Thursday.

“The process of the speed did not compromise at all safety nor did it compromise scientific integrity. It was a reflection of the extraordinary scientific advances in these types of vaccines which allowed us to do things in months that actually took years before,” Fauci said.

“It was actually an independent body of people who have no allegiance to anyone—not to the administration, not to me, not to the companies—that looked at the data and deemed it to be sound,” he continued.

CDC: Vaping-related lung illnesses may be linked to THC products