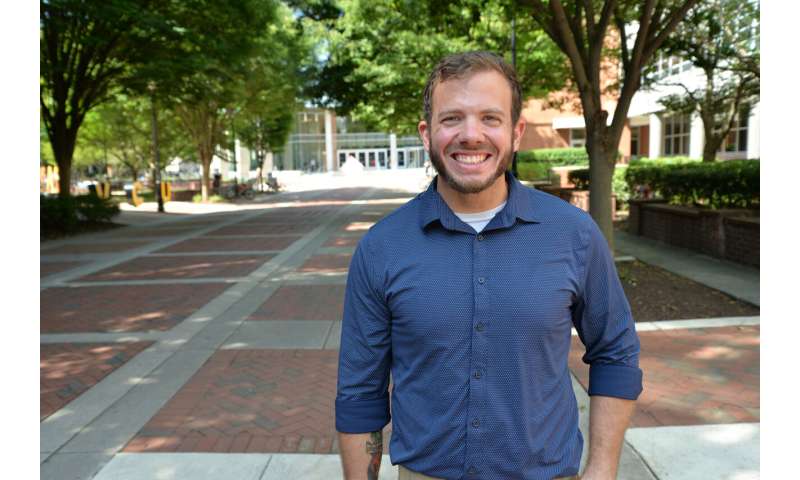 People with a genetic predisposition to risky alcohol behavior are less likely to drink frequently, become intoxicated often, or suffer from alcohol dependence symptoms if they are in a romantic relationship, according to a new study led by a Virginia Commonwealth University researcher.

“We found that the effect of genetic risk for alcohol use was weaker among those who were currently in a relationship,” said lead author Peter Barr, Ph.D., a post-doctoral researcher in the Department of Psychology in the College of Humanities and Sciences.

However, romantic relationships’ “protective effect” against becoming intoxicated frequently was limited to men, bolstering previous research findings that men in romantic partnerships tend to experience greater health benefits than women. The study found no differences between men and women when it came to drinking frequency or alcohol dependence symptoms.

The study, “Polygenic Risk for Alcohol Misuse is Moderated by Romantic Partnerships,” will be published in a forthcoming issue of the journal Addiction. It was based on a sample of 1,201 twins born between 1983 and 1987 identified through Finland’s central population registry.

The study does not suggest causality between romantic relationships and reduced risk for problem drinking, but it did observe that relationships reduce the risk of the realization of underlying genetic predisposition to drinking.

“The big takeaway here is that [a] genetic predisposition [to alcohol consumption] was stronger in people not in a relationship compared to people in a relationship for all those different levels of severity in drinking—from how often you drink, how often you drink to intoxication, and problem drinking [or] alcohol dependence symptoms,” Barr said.

The study’s conclusions reinforce previous findings in sociological and epidemiological research that marriage and intimate partnerships have a positive influence on health and against risky behavior.

“There’s a consistent finding that people in a relationship—typically they look at marriage, but these people were too young for that—have better health and engage in fewer risky behaviors, on average, compared to people who are single or not in a relationship,” Barr said.

Relationships, he said, often result in “increased social control,” meaning the partners monitor one another’s behavior. “There’s someone around who might say, ‘Oh, you’re drinking too much,'” he said. “‘Maybe you should cut back on that.'”

Another explanation might be that relationships generally involve certain expectations. “Such as: To be a good father, husband or boyfriend, maybe going out and drinking to the point of intoxication is not congruent with those expectations,” he said.

From a research perspective, Barr said, the study’s findings show the need to include external factors—such as a person’s relationship status or education level—when researchers seek to understand the interplay of genetics and health.

It also has implications for personalized medicine, in which an individual’s genetic data is used to better tailor prevention and intervention in health care.

PPE unmasked: why health-care workers in Australia are inadequately protected against coronavirus

Dogs and Our Facial Expressions

No, Vaginal Rejuvenation & Labiaplasty Are Not the Same Thing