From trousers that get arthritic joins moving to a T-shirt that monitors your breathing: The clever clothes that are reinventing healthcare

Thanks to sophisticated technology, scientists are developing clothing that can monitor, and even treat, our health problems.

From socks to bras and trousers, we asked experts to assess some recent launches and others that are coming soon.

We then rated them…

TROUSERS TO HELP THE DISABLED TO WALK 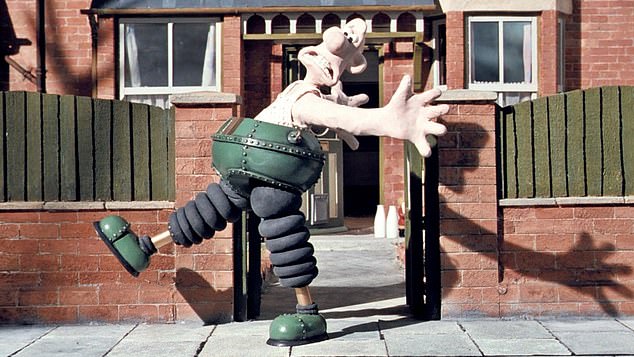 Health-conscious: Inspired by the Wallace and Gromit animation The Wrong Trousers, The Right Trousers have sensors to detect whether the wearer is moving or standing still

The Right Trousers, in development, therighttrousers.com

As the Mail reported recently, engineers at the University of Bristol have developed trousers with artificial muscles to help the elderly and those with disabilities remain mobile by supporting weakened leg muscles.

Inspired by the Wallace and Gromit animation The Wrong Trousers, The Right Trousers have sensors to detect whether the wearer is moving or standing still.

When they sense motion, ‘bubbles’ — essentially bags of plastic — down each leg inflate, making the trousers stiffer around the joints or muscles that need to be used, to provide the right support.

EXPERT VERDICT: ‘These trousers are potentially a great aid for people with muscle atrophy [muscle loss] and arthritis, which are common with age,’ says Tim Allardyce, a physiotherapist at Surrey Physio clinic.

‘I see many patients who have difficulty standing, walking and getting out of a chair. Technology like this would help provide support to muscles that would allow them to do this more easily.’

BELT THAT WATCHES YOUR WEIGHT 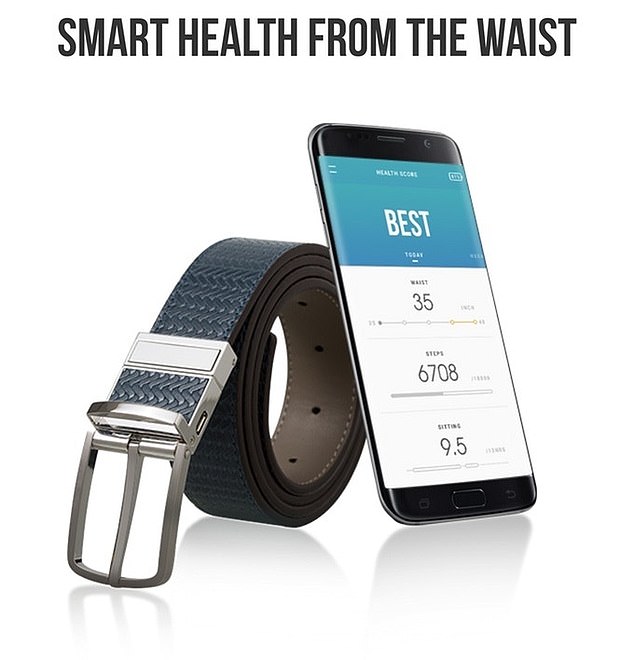 Watching your waist! This looks like an ordinary belt but keeps an eye on your waistline via sensors hidden near the buckle

This looks like an ordinary belt but keeps an eye on your waistline via sensors hidden near the buckle.

It monitors your waist circumference, steps taken and time spent sitting — and sends this data to an app on your phone. It notifies you if your waist has expanded.

EXPERT VERDICT: ‘The data on steps taken is useful but overall this is expensive, faddy technology that may be counter-productive if it makes people neurotic,’ says Tam Fry, a spokesman for the charity National Obesity Forum.

‘Our stomach naturally expands after a large meal before going back to normal once the food is digested. So to be notified of this isn’t that helpful.

‘It also takes the waist measurement — an important indicator of how much harmful fat we have — from the wrong point, where your trousers hang. The waist is above your belly button and below your ribs.’ 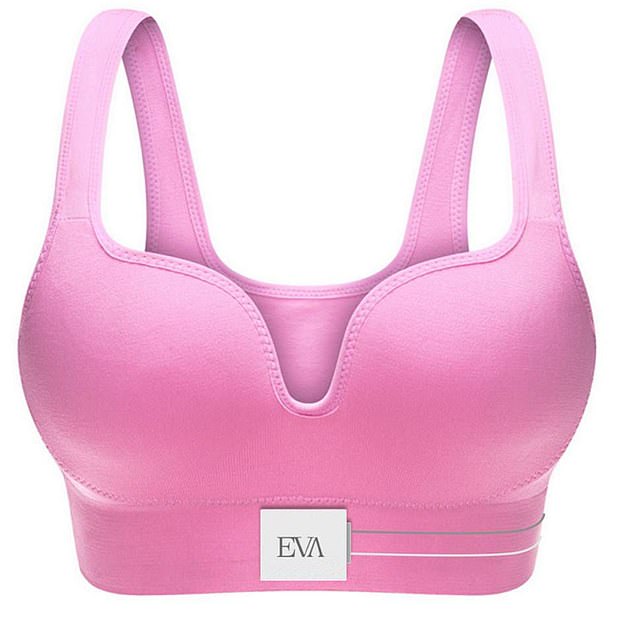 Smart: The bra, from Higia Technologies, is in trials where its effectiveness at detecting breast cancer is being compared to the conventional techniques, mammograms and biopsies

EVA bra, on sale in early 2019 (price to be confirmed), higia.tech/en/index

This has sensors in each cup that are said to detect changes in skin temperature, acting as an early warning of a tumour. Information is sent to an app on your phone and an alert would appear on the screen.

The bra, from Higia Technologies, is in trials where its effectiveness at detecting breast cancer is being compared to the conventional techniques, mammograms and biopsies.

‘However, there’s no evidence to show that this is good at detecting breast cancer early. Even if it is proven to work, this technology should go hand-in-hand with physical examinations, such as looking for abnormal lumps, changes in texture, or discharge from your nipple.’ 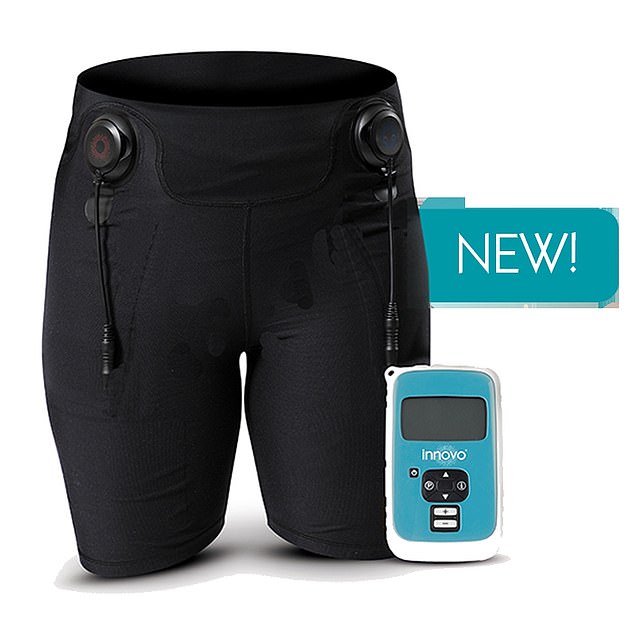 Dry: As many women suffer from urinary incontinence, this tackles the problem by doing ‘tricky pelvic floor exercises for you’

With one in three women suffering urinary incontinence (often as a result of weakened pelvic floor muscles after childbirth or the menopause), this tackles the problem by doing ‘tricky pelvic floor exercises for you’.

It consists of a hand-held controller and a pair of shorts with pads that send ‘pain-free’ impulses to the muscles that control the pelvic floor. A 30-minute session delivers the equivalent of 180 perfect pelvic floor contractions, the manufacturer claims.

EXPERT VERDICT: ‘There is no proven evidence that this type of electrical stimulation works for bladder control,’ says Rono Mukherjee, a urological surgeon at BMI The South Cheshire Private Hospital. ‘Your pelvic floor muscles can be strengthened by sitting comfortably on the floor and squeezing and releasing for ten minutes on a daily basis.’ 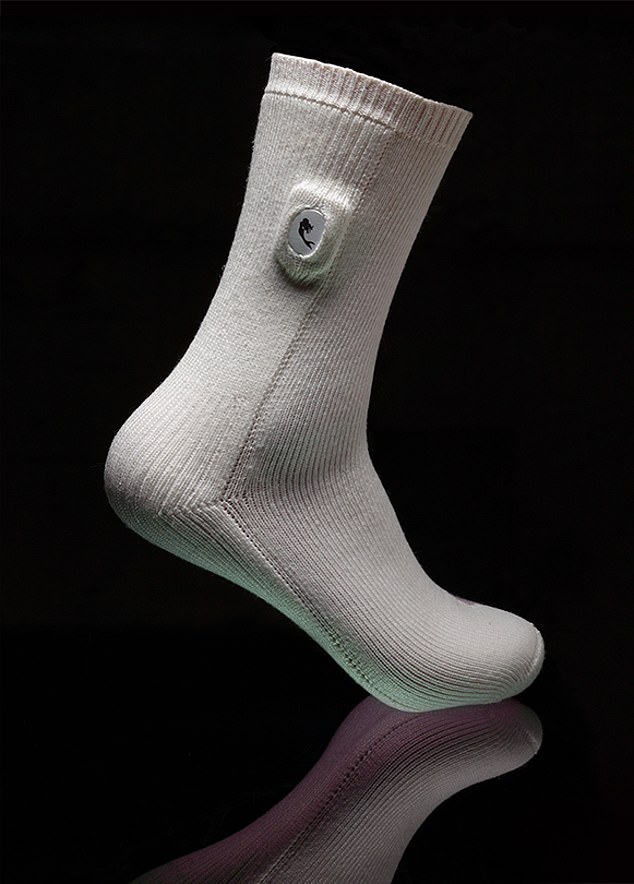 Intelligent: These socks have tiny sensors in the fabric to continuously measure the temperature on six points of the foot

A long-term problem for people with diabetes is that high blood sugar levels damage tiny blood vessels in the feet, reducing sensitivity. As a result, any trauma could go unnoticed, leading to ulcers or amputation.

These socks have tiny sensors in the fabric to continuously measure the temperature on six points of the foot. If the temperature increases, then it can indicate inflammation due to an injury. This data is sent wirelessly to your phone and a warning appears on screen if it identifies a risk. Its maker claims it can reduce foot ulcers by 70 per cent.

EXPERT VERDICT: ‘Patients with diabetes need to check their feet every day for injuries such as blisters or nail damage that may need treating early before they worsen,’ says Dan Howarth, head of care at the charity Diabetes UK.

‘These socks might suit some patients. But they should never replace a thorough physical foot inspection, as some issues may initially be missed if they are not close to a sensor or begin in a minor way.’ 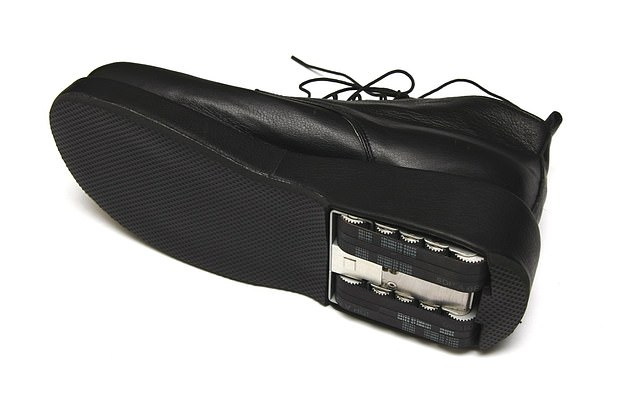 Down to earth: Designed to prevent falls, these have pressure sensors in the sole and heel that monitor how weight is shifting

B-Shoe, on sale within two years (price not yet available), b-shoe.com

Designed to prevent falls, these have pressure sensors in the sole and heel that monitor how weight is shifting.

If these detect pressure is suddenly on the front or back of the foot, indicating an imminent fall, they send a message to a microchip that controls tiny wheels from the base of the shoe.

This makes the wheels roll slightly forwards or backwards, to restore balance.

EXPERT VERDICT: ‘Around one in three people over 65 fall at least once a year,’ says Kumar Kunasingam, an orthopaedic surgeon at Croydon University Hospital. ‘The idea behind these is interesting, but they are bulky and I fear they will move a foot too quickly, which will make people unsteady and more prone to falls.’ 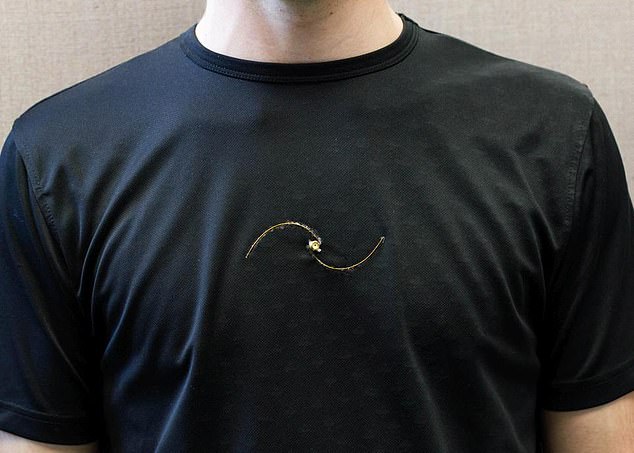 Cool! There’s an antenna made of fibre optic wire embedded at the centre of the T-shirt

Researchers at Laval University in Canada are developing a T-shirt that contains sensors as a way to diagnose and monitor respiratory issues such as asthma, sleep apnoea (when breathing temporarily stops during sleep) and chronic obstructive pulmonary disease.

There’s an antenna made of fibre optic wire embedded at the centre of the T-shirt which picks up the movements of the chest wall and records the wearer’s breathing rate.

This data is transferred wirelessly to a computer, allowing a doctor to detect irregularities.

EXPERT VERDICT: ‘This would allow home monitoring of people with lung diseases as part of their usual care, which is convenient as it means not coming into clinic so often,’ says Nick Hopkinson, a consultant chest physician at the Royal Brompton Hospital in London. ‘But more research is needed to see if this T- shirt could accurately diagnose problems.’

COULD THIS BELT DIAGNOSE IBS? 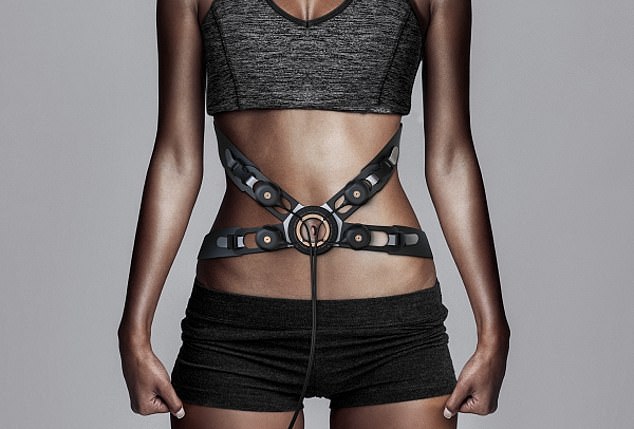 Sensitive: It has microphones and software that recognise the distinct sounds the gut makes as it produces water and gas

By using sophisticated listening equipment (originally used to monitor termites eating away at house foundations), scientists have developed a belt that records the gurgling of the digestive system to diagnose irritable bowel syndrome (IBS).

It has microphones and software that recognise the distinct sounds the gut makes as it produces water and gas — and as the bowel squeezes and relaxes in those with IBS.

In tests on 30 people who wore a prototype (developed by The Noisy Guts Project at the University of Western Australia) while fasting and after a meal, it could identify 87 per cent of patients previously diagnosed with IBS. The hope is it could one day spare people more invasive diagnostic procedures such as colonoscopies, and help patients self-identify problem foods.

EXPERT VERDICT: Dr Ayesha Akbar, a consultant gastroenterologist at the London Digestive Centre, says: ‘Tests such as a colonoscopy to examine the bowel with a camera are invasive, so it would be great to have one conclusive test like this. But there are so many reasons why our guts gurgle — from stress to hunger or medication — that to allocate a certain “noise” to diagnose IBS would be difficult.’

The app that tucks me in at night

The first detailed characterization of candelabrum cells in the cerebellar cortex

Why press-ups are the ultimate home workout move

Mapping the path from symbol visualization to comprehension in the brain