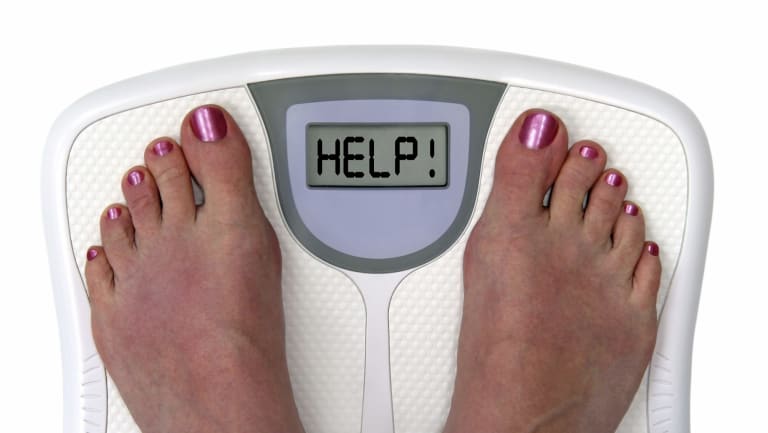 Why are we weighing kids?

Last week Deakin University’s Global Obesity Centre (GLOBE) made a proposal to a Senate committee to weigh and measure our children every two years at school.

Professor Steven Allender, from Deakin’s Faculty of Health, told the ABC that the current information about obesity is inaccurate and researchers have “no real understanding of the size of that problem”.

This may come as a bit of a surprise to anyone with basic literacy skills. If we have no real understanding of the size of the obesity problem, what have all those government-funded public service announcements, medical advice, and diet company ads been based on?

Hell, we have so much data on obesity that we can even track our fatness by postcode.

Call me oppositional, but it’s pretty hard to believe that the missing piece in the obesity puzzle is more granular data about our kids’ weight.

The proposal to weigh children at school is justified by Professor Allender on the grounds that it’s working well in the United States and the United Kingdom.

This prompts the question: working how? Given that the US has the highest rate of obesity in OECD countries, it’s pretty hard to make the case that weighing kids is doing much to lower obesity. The UK ranks the sixth highest in the OECD.

But perhaps I’m using the wrong metric. Maybe it’s working in terms of gathering lots of juicy data for researchers to play with.

What we do know is that weighing kids is certainly not working to reduce childhood obesity or improve the psychological health of children.

“[School weighing] will have a detrimental impact on these kids,” said psychologist and director of BodyMatters Australasia, Sarah McMahon. “They will be encouraged to pursue weight loss at any cost, setting up a myriad of issues including weight cycling and increased risk of disordered eating. Ultimately, and rather ironically, these kids are likely to diet themselves fat.”

But anyone who has been near a school recently, or even remembers going to school themselves, knows that ticking a box on an opt-out form isn’t going to stop constant assessment, discussion, and comparison of children who are on the wrong end of the scale. Most likely it will provide bullies with more ammunition to victimise those children.

Even if measures are taken to “protect” children from the negative effects of being weighed at school — like engaging clinicians rather than teachers to undertake the weighing, and maintaining anonymity with results — Sarah McMahon says that weighing kids sends a terrible message to kids and their parents about weight and health.

“Focusing on weight confuses the idea that a low body weight and health are synonymous. The fact is that there are a lot of people who engage in unhealthy weight loss practices such as smoking, purging or abusing diet pills to maintain a low body weight and this is simply not healthy,” says McMahon who holds a Masters in Public Health.

You don’t have to look very far to know that all the protective measures in the world are not going to fix the stigma attached to weighing kids.

As Tracey Smith, a mother from California told Proud2beme: “My daughter has told me that ALL of her friends were terrified of being weighed. They were like, ‘Can we miss school that day?’ says Smith. “It’s so humiliating and you can hear kids talking and saying, ‘Well, what do you think she weighs?’ or ‘She’s so fat, I bet she weighs a ton’ or ‘Look at how skinny she is—she’s anorexic.’”

If experts march into the school to turn our kids into data points in a large experiment, they will potentially lay the groundwork for life-long body insecurity and a toxic relationship with food and exercise.

For decades they have been providing advice and influencing government policies based on studies that have, in recent years, been shown to be based on serious flaws. Remember when we were told to avoid fat, including eggs and full cream dairy and sugar barely rated a mention? Well, now that’s in reverse.

Professor Allender and his colleagues may not be responsible for such studies. But they should know that when it comes to handing out practical advice on nutrition, obesity researchers have almost no credibility in the general population. And despite decades of measuring and billions of dollars of funding, obesity research has not reduced obesity rates.

If these researchers want to come anywhere near our children, they need to come with more than a 50-year track record of failure.

The genetic signature of memory