The tiny tickler that can banish snoring and treat sleep apnoea

Revealed: The tiny tickler that can banish snoring and treat sleep apnoea

An implant in the chest that delivers tiny impulses of electricity may provide a new way to tackle sleep problems.

The device has been developed to treat sleep apnoea, which is characterised by pauses in breathing during sleep.

It uses electrodes to stimulate the diaphragm, the large dome-shaped muscle at the base of the lungs, that plays a key role in breathing. Breathe easy: The new treatment works by stimulating the phrenic nerve, which runs down from the neck into the area around the lungs

Sleep apnoea (‘apnoea’ is the medical term for a pause in breathing) is a common problem, affecting nearly two million Britons. There are two main types — obstructive sleep apnoea and central sleep apnoea.

Obstructive sleep apnoea, which affects most cases, is caused by the soft tissue of the airway collapsing during sleep.

With central sleep apnoea, which accounts for up to 20 per cent of cases, the brain temporarily stops sending signals to the muscles that control breathing.

Both forms can cause snoring as the patient starts breathing again after an apnoea — the snore is the result of air being forced through the restricted airway.

Obstructive sleep apnoea can be effectively treated with a mask-like device delivering what’s known as continuous positive airway pressure (CPAP) to keep the airway open. But this isn’t as effective for central sleep apnoea because here it’s not just that the muscles are collapsing, but also that the signal from the brain to inhale is not being transmitted.

The new treatment works by stimulating the phrenic nerve, which runs down from the neck into the area around the lungs and which is involved in the movement of the diaphragm.

The idea is that when the device senses breathing problems during an apnoea, it delivers small electrical pulses to the phrenic nerve, activating the muscles that move the diaphragm and so restoring a normal breathing pattern. 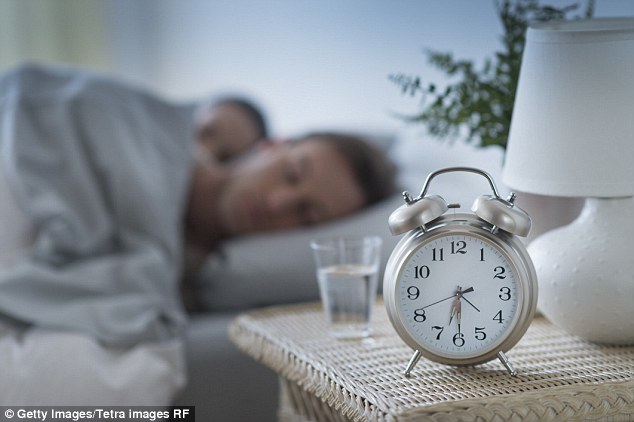 Diagnosis: Obstructive sleep apnoea is caused by the soft tissue of the airway collapsing

The technology consists of a generator and a battery sealed in a titanium case, slightly smaller than a mobile, which is implanted under the skin on the right side of the chest.

A stimulation lead is implanted in the right brachiocephalic vein, which is close to one of the two phrenic nerves in the chest. A second lead, to monitor breathing movements, is implanted in another vein in the chest. Research in the Journal of Thoracic Disease shows this approach can be highly effective.

In one study, there was a fourfold drop in the number and frequency of apnoeas. In another, the central apnoea index, a measure of severity, dropped on average from 27 to one.

‘Remarkable effectiveness was seen in these patients,’ wrote the researchers from Nanjing Medical University in China.

Dr Jaydip Ray, a professor of otology and neurotology at the University of Sheffield, says: ‘Nerve impulses control many vital functions in our body. Nerve pacing has been used successfully to restore the rhythm of these nerve impulses.

‘This technique is a very exciting development in the treatment of central sleep apnoea. The early results show tremendous potential for helping many sufferers of this condition.’

■ Meanwhile, anti-snoring masks for sleep apnoea that fit only over the nose are more effective than those covering the nose and mouth, according to a study in the journal Chest.

Most masks are either nasal-only, which provides CPAP by the nasal route, or oronasal, which deliver the therapy through both the nose and mouth.

The researchers, who reviewed a number of trials, say there are several potential mechanisms to explain why oronasal CPAP is less effective. One possibility is that oronasal masks push the chin and tongue backwards, actually triggering an obstruction.

‘Patients using oronasal masks should be closely monitored, and nasal interfaces [nose-only masks] should be the first choice,’ said the researchers, from the University of Sao Paulo in Brazil.

Bereaved individuals may face higher risk of dying from melanoma

Why Do People Go Crazy For The Polo?

The Germans drink less cow’s milk – what is instead popular