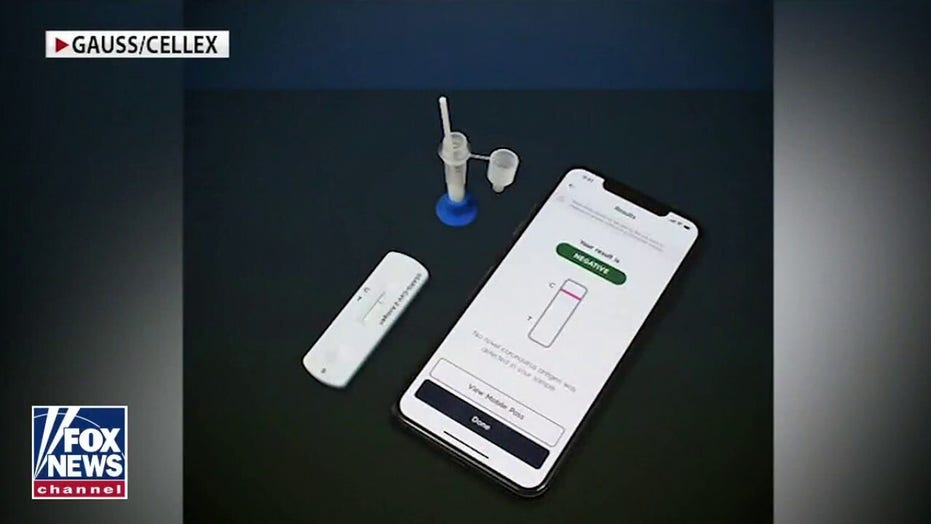 Will at-home coronavirus tests be reliable?

The United States hit another grim milestone in the coronavirus epidemic on Tuesday when the death toll surpassed 200,000, according to data compiled by Johns Hopkins University. The country leads the world by far in both the number of deaths and the number of confirmed COVID-19 cases – which has climbed to over 6.8 million – as officials in several parts of the U.S. begin to loosen restrictions on social distancing rules.

Brazil has the second-highest death toll and trails the U.S. by more than 60,000 fatalities, with India marking the third highest.

"Today we mark a somber milestone as more than 200,000 people in the United States have died of COVID-19 over the course of the pandemic," the American Medical Association (AMA), along with the American Hospital Association (AHA) and American Nurses Association (ANA), said in a statement. "Those lost include mothers and fathers, grandparents, children, teachers and frontline workers. The steps required to stop the spread of this virus should be well known by now, but with more than 6 million COVID-positive Americans, we say again: wear your mask, wash your hands, and practice physical distancing.

"By scale and raw numbers, COVID-19 has had a devastating impact on our country, affecting Americans at a rate that represents a nearly worst-case scenario," the statement said. "As autumn begins and as we continue working to minimize the suffering and death of this pandemic, we urge all Americans to get their flu shot early. With no end to COVID-19 in sight, a bad flu season has potential to cause additional strain on our health system that is still battling the pandemic. America's physicians, nurses and hospitals and health systems thank you for doing your part."

NIH STAFFER TO 'RETIRE' AFTER BEING EXPOSED AS ANTI-FAUCI BLOGGER: REPORT

According to recent data, the case numbers in the U.S. have fallen from a peak average of 67,000 new infections per day in late to July to about 36,000 now. Deaths linked to the virus are averaging about 750 per day, down from 2,200 in late April, the Associated Press reported.

Experts have warned against abandoning the practices that have helped flatten the so-called curve, particularly before a vaccine is made widely available, out of fear that the country may see another spike. But exactly when a vaccine may be available has become another point of contention between health officials and political parties.

On Wednesday, President Trump announced a vaccine distribution plan and predicted that a possible candidate would be available to the public as early as October, but Dr. Robert Redfield, director of the Centers for Disease Control and Prevention (CDC) told a Senate panel not to expect one to be widely available until summer of 2021.

Regardless of the disputes over when the vaccine will be ready, medical professionals tasked with getting it into the public will face several hurdles, not the least of which is public scrutiny over whether the vaccine is safe due to a seemingly rushed process.

Dr. John Whyte, chief medical officer of WebMD, which conducted its own poll on whether Americans would seek the vaccine once it’s ready, said the companies developing the vaccine and the agencies approving the data would have to be transparent in their findings and process to show that no corners were cut in rushing the product to market.

“Now is not the time to be secretive,” he told Fox News. “Be completely transparent and lay the process out there and let’s hear from senior scientists at FDA and other regulators if it is approved, how they got that calculation. We are not getting that, we need that.”

He also said the country’s track record on supply and demand isn’t promising, pointing to the lack of testing materials at the start of the outbreak and the shortage of the flu vaccine each season. Officials should consider a staggered approach, Whyte said, and put the most at-risk and first responders at the forefront of vaccination distribution efforts.

“Everyone can’t line up tomorrow at CVS,” he said. “We have to be realistic about that.”