Why the children of the identical twin couples will be SIBLINGS

If the identical twin sisters who married identical twin brothers last weekend decide to start families, the couples’ children will all be genetic siblings.

Siblings share about 50 percent of their DNA, except for twins, whose DNA sequences are a perfect 100 percent match.

Typically, first cousins have just an average of 12.5 percent of their genes in common.

But not if you’re the future children of newlyweds Josh and Jeremy Salyers and Brittany and Briana Deane (now, all Salyers).

A geneticist told Daily Mail Online about the bizarre twist of genetics – and, perhaps fate – that makes these two families more like one. 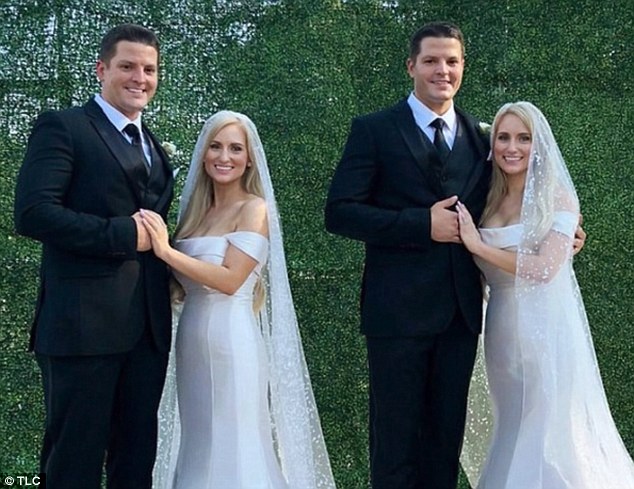 Geneticists in particular love identical twins, because their perfectly matched DNA offer a rare opportunity to rule out which traits are behavioral.

The rate of all twin births – both fraternal and identical – has risen dramatically since the 1980s, due mostly to the fact that women are having children later in life and getting IVF treatments.

Identical twins, however, are much more rare, and have pretty much stayed that way. Twins account for about three in every 1,000 births. 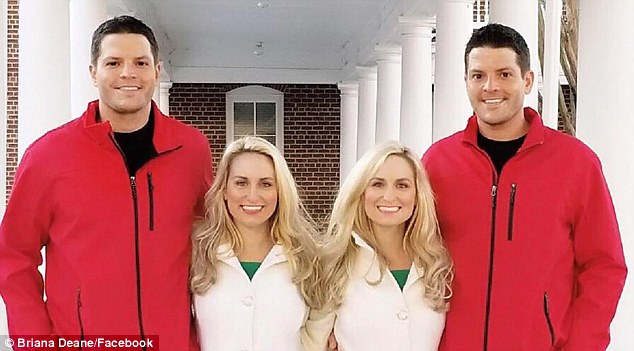 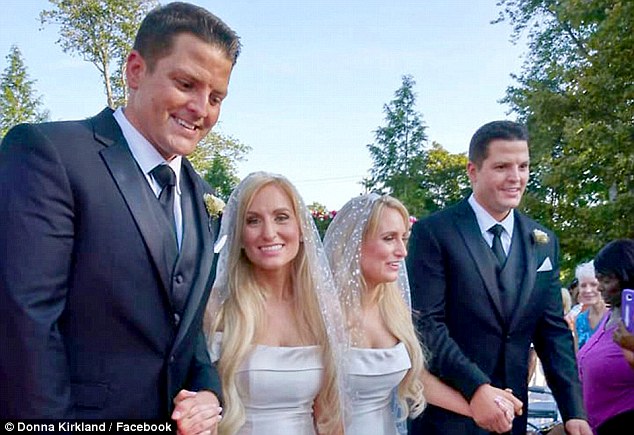 The two twin couples were married this month at a twin festival in Twinsburg, Ohio. A twin lifestyle is important to them and they plan to raise all of their children together in one house

Here’s how it works:

Humans have around 30,000 genes. We have two copies of each of those genes in every chromosome, but the two corresponding copies vary slightly from one another.

Each gene copy is the same same size and shape and sits in the same position on the chromosome. The two pairs will contain the same information, but in a different order. 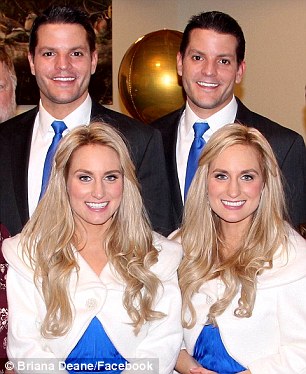 Environmental differences will result in some differences in each couples’ kids, but they plan to raise their families in the same house

Our chromosomes come in 23 pairs with matching genes.

Just about every cell in the body contains a full set of paired chromosomes.

That is, except for sex cells: Sperm and egg cells contain just one copy of every chromosome and that copy is essentially a mash up of the pair.

This way, when a sperm fertilizes an egg they make an embryo that has the correct number of genes and chromosomes.

The embryo will have one copy of each gene from the mother and one from the father, combined into a new set of 23 chromosomes.

‘But identical twins are very special,’ explains Dr Alexandra Burt, who is co-director of the Michigan State University Twin Registry.

‘Within the first two weeks of a pregnancy, a single [fertilized egg] divides, and they’ll both implant and become two people.’

So, in the case of the Deanes and the Salyers, ‘genetically, the two women are indistinguishable from one another, as are the two men,’ Dr Burt says.

‘That means that each child will share as many genes with their aunt as they will with their mother. The children are cousins “in real life” but, in terms of their DNA, they are siblings.’

To be clear, this is not the same thing as genetic incest. Inbreeding birth defects happen because the mother and father share too much genetic material.

The male halves of each couple don’t share DNA with the female halves, so each pair can safely reproduce. 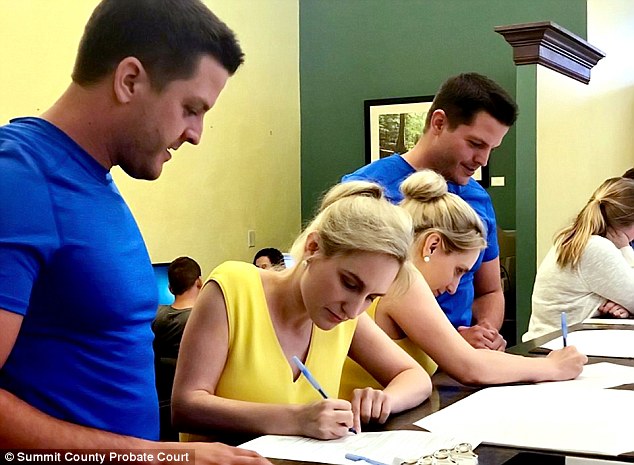 Though they will be legal cousins, children of the separate couples will share roughly 50 percent of their DNA, like siblings.

And Dr Burt says that there is no reason to believe that there are any genetic health risks to being the child of two identical twins.

In fact, even the respective children of one set of twins – whose other parents are not twins – will still be genetic half siblings, sharing as many genes as if they had one parent in common.

Genes only go so far to shape who people become, however.

No matter how much DNA they share, children who grow up with the same set of parents will be shaped differently by that experience from their cousins growing up with a different – if genetically identical – set of parents.

Although, that is complicated by the fact that the two Salyers couples intend to live in and raise their children in the same house.

Even Dr Burt can’t predict what will come of that.

Such children are even rarer than their already rare parents, and how their lives pan out will be of great interest to geneticists like Dr Burt.

‘They’re clones of each other, created by nature, and you’ve got a case of two of these magical sets of human beings meeting and falling in love.

‘If it didn’t happen in real life, you wouldn’t believe it could happen and you couldn’t write a better story than that.’

High cholesterol: The ‘early symptom’ of plaque build-up in your calf, buttocks or thighs

Meat consumption is changing but it’s not because of vegans

Kiera Knightley Says She's Been Wearing A Wig For Years