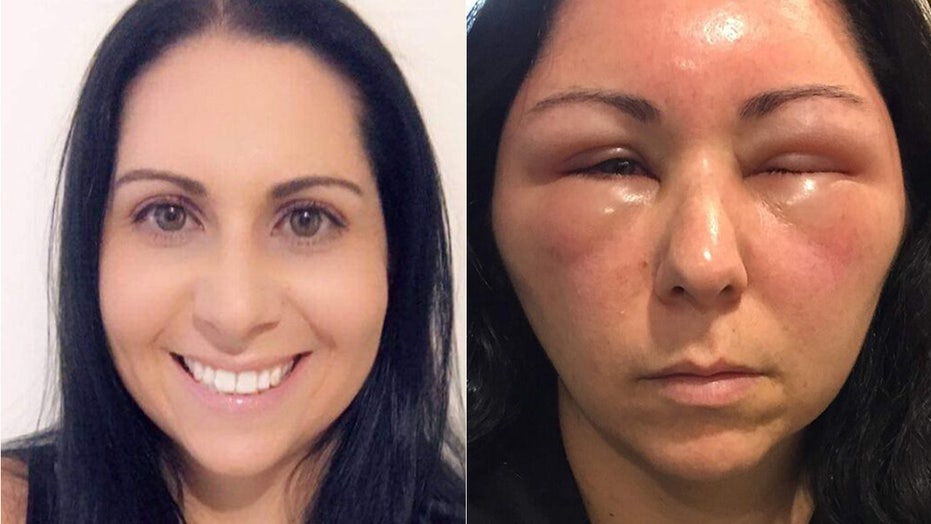 A woman in Australia who decided to dye her hair for the first time in 15 years after noticing a few grays paid a painful price for not running a patch test before applying it to her whole head.

Julie Yacoub, who said she believed her slight reaction to hair dye over a decade earlier was due to stylist error, developed massive swelling in her head and face and painful itching on her scalp for three weeks after applying the brown dye in October. 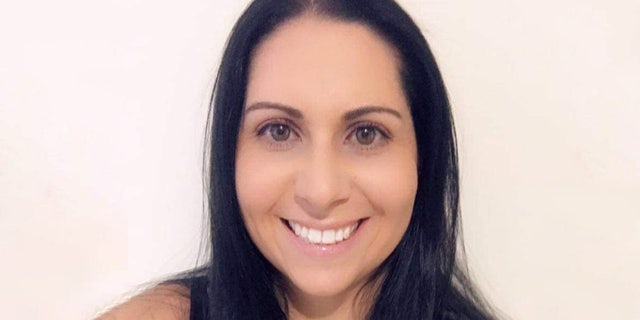 Julie Yacoub said she suffered a slight reaction to hair dye 15 years ago, but thought the stylist had massaged her head too hard and broke her skin.
(Media Drum World)

“I had no itching, tingling sensation or anything after I dyed the hair and washing it off,” Yacoub told Media Drum World. “The following day I went to work and had an itching sensation on my neck. I asked my colleague to check my neck and she was shocked to see the burn marks.”

The reaction continued to worsen as the hours went by, and soon Yacoub had a lump on the side of her face and pressure building inside her head. She took an antihistamine and then sought the help of a doctor, who prescribed steroids.

WOMAN SUFFERS NEAR FATAL REACTION AFTER SEX WITH HUSBAND

“Throughout Friday night and early hours Saturday morning the swelling around my eyes was getting really bad and by 5 a.m. Saturday morning I was unable to open one of my eyes and the other eyelid had almost closed over also,” she told Media Drum World. “On Saturday morning when I woke up and couldn’t open my eyes my initial reaction was panic. I contacted my mum who took me to the hospital.” 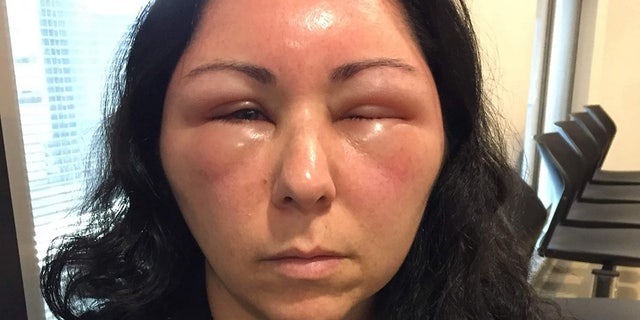 Within days of using hair dye, her head had swelled so much that she couldn’t open her eyes.
(Media Drum World)

Yacoub alleges the hospital couldn’t do anything more for her since she was already on antihistamines and steroids, and that she then developed burning and “unbearable” itching on her scalp. They eventually determined that she suffered an allergic reaction to paraphenylenediamine (PPD), a chemical commonly found in dark hair dyes that can cause strong reactions in some consumers.

PPD can also be found in makeup and henna tattoos, and a reaction could cause fatal complications including respiratory distress, renal failure, and the breakdown of muscle tissue, according to the Journal of Research in Medical Sciences. 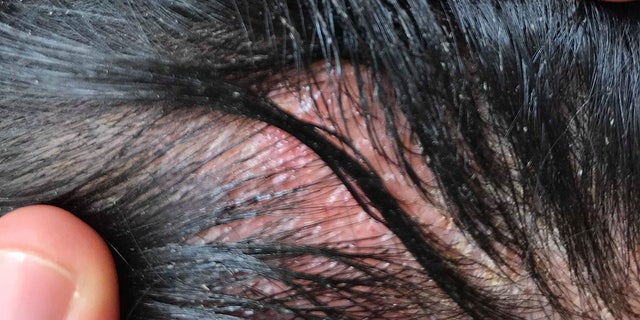 It took three weeks for the swelling, itching and burning to subside.
(Media Drum World)

The NHS recommends carrying out a patch test before using permanent or semi-permanent hair dye, regardless of the brand being used. A patch test involves putting a small amount of dye behind the ear or inner elbow and leaving it to dry to see whether any irritation or symptoms develop.

Talcum powder as dangerous as asbestos

The Best Products To Get At Sephora, According To Make Up Pros