A study revealed that the average person could be consuming about 2,000 tiny pieces of plastic every week, which is approximately 21 grams a month, just over 250 grams a year. 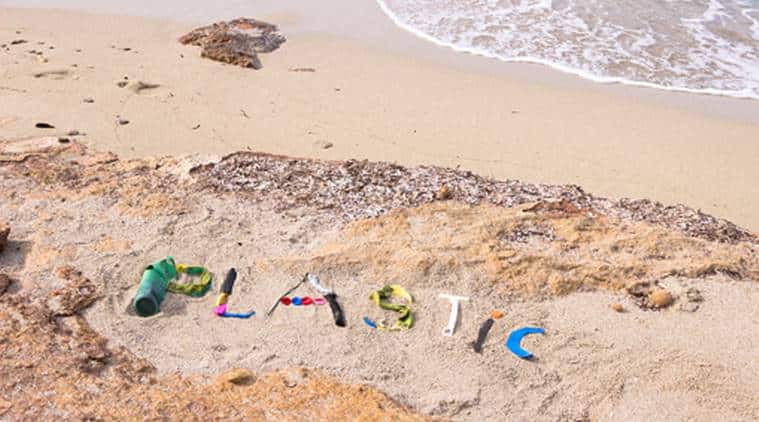 A study commissioned by global environment charity WWF recently said that humans may be ingesting five grams of plastic every week – which is the equivalent of eating a credit card. The alarming results of the study highlights the extent to which plastic pollution is spread, while also calling for the urgent need to address the problem.

The study, No Plastic in Nature: Assessing Plastic Ingestion from Nature to People, by University of Newcastle, Australia, revealed that the average person could be consuming about 2,000 tiny pieces of plastic every week, which is approximately 21 grams a month, adding to just over 250 grams a year.

“Plastic is everywhere; it has subtly become an inherent part of our life. Easy to access, we eat and drink out of plastic containers, and even store and wrap our food in it. Cheap and durable plastics are held together by a number of chemicals which are potential carcinogens. Two of these are bisphenol-A (known as BPA) and phthalates,” says Dr Avi Kumar, Consultant, Pulmonology, Fortis Escorts Heart Institute.

Also Read | You may be eating a credit card’s worth of plastic each week, finds study

He adds that used in a number of items such a shampoos, hair sprays, food and drink containers, polythene bags, linings of bags, shampoos, and other everyday items, “they have the potential to disturb and upset the endocrine system, the metabolic functioning, kidneys and cause extensive damage and diseases such as diabetes and cancer.”

Agrees Dr Aswati Nair, Fertility Consultant, NOVA IVI Fertility, Delhi who says that plastic was earlier introduced for convenience. “However, given its excessive use, the same has come to choke the environment and marine life. What is surprising is that a large amount of plastic is also present in the food we consume on a daily basis which mostly goes unnoticed,” she tells indianexpress.com.

While the study mentions water, both bottled and tap, as the largest source of plastic ingestion, it says that shellfish, which accounts for as much as 0.5 grams a week, is also a major source. “This comes from the fact that shellfish are eaten whole, including their digestive system, after a life in plastic polluted seas,” the report says. “Since 2000, the world has produced as much plastic as all the preceding years combined, a third of which is leaked into nature,” the report mentions.

Prof. (Dr) L. Sreenivasamurthy, Consultant – Physician and Diabetologist, Apollo Hospitals, says that people are exposed to these chemicals not only during manufacturing, but also by using plastic packages, because some chemicals migrate from the plastic packaging to the foods they contain.

Suggesting a few alternatives to plastic products, he says, “Buy food in glass or metal containers, avoid polycarbonate drinking bottles with bisphenol A, avoid heating food in plastic containers, and storing fatty foods in plastic containers or plastic wrap,” he says, adding that young children should not be given plastic toys, and all PVC and Styrene products should be avoided.

According to Dr Kumar, when plastic properties find their way to our cells, they can cause diseases such as osteoporosis, thyroid cancer, hypo- and hypertension, Addison’s disease, Cushing’s syndrome, low testosterone and obesity.

“Phthalates cause a number of issues such as reproductive malformations, developmental disorders, and problems with the pulmonary system resulting in asthma and allergies and direct toxicity,” he says.

Dr Nair points out that it can even lead to infertility in both men and women. “In men, exposure to chemicals in plastics is bound to affect their fertility in two ways – DNA fragmentation of the sperm and lower sperm count. As in case of women, exposure to BPA while in the womb can cause early onset of puberty and increase the infant’s risk of prostate or breast cancer as an adult. It may also affect the future fertility levels of a female fetus, she says.

She further adds, “Bisphenol A which is an active component in plastic materials can be accounted for nearly 20 percent of the cases of unexplainable infertility in both men and women combined.”

Diabetes: The omega-packed seed that slashes blood sugar levels by 39% in two hours

Injections of 'superglue' could be latest quick fix for varicose veins

Hoping to find out her baby’s sex, she learned of a serious heart defect