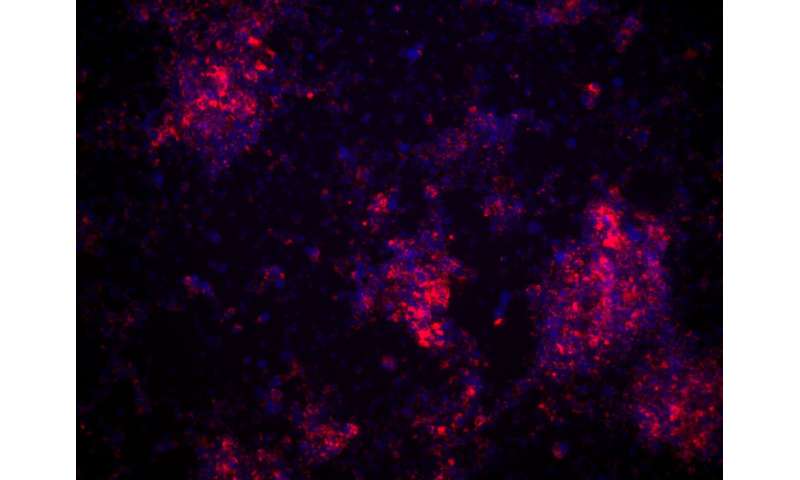 Viruses, spread through mosquito bites, cause human illnesses such as dengue fever, Zika and yellow fever. A new control technique harnesses a naturally occurring bacterium called Wolbachia that blocks replication of viruses and breaks the cycle of mosquito-borne disease, according to an international team of researchers.

“Wolbachia is present in around 50 percent of all insects,” said Beth McGraw, professor and Huck Scholar in Entomology at Penn State, who did this research while at Monash University. “Interestingly it is not present in some of the major mosquito vectors (insects that transmit pathogens). After researchers put Wolbachia into mosquitoes, they found that, quite excitingly, Wolbachia effectively vaccinates mosquitoes, preventing viruses from replicating.”

Spread by Aedes aegypti mosquitoes, dengue virus affects millions of people each year. Symptoms include fever, body aches and nausea, although a more severe version, known as dengue hemorrhagic fever, can be fatal.

In the tropics and subtropics where Ae. aegypti resides, several large releases of Wolbachia are underway to test whether Wolbachia can reduce the incidence of human disease.

In a paper published today in Virus Evolution, McGraw and her team report that dengue virus failed to evolve resistance to Wolbachia in controlled lab-based experiments. These findings show promise for the long-term efficacy of Wolbachia following field release.

“I am continually surprised by Wolbachia,” said McGraw. “I thought we would get dengue variants that would evolve resistance. Wolbachia is doing a better job than I expected at controlling virus replication in cells.”

The researchers took dengue virus and infected mosquito cells that either had Wolbachia or were free of bacteria. After five days, they collected the viruses that had been released from the cells and used them to infect fresh cells.

“Dengue takes over the machinery of the host cells, makes lots of copies of itself, and then it buds or burst out of the cell,” explained McGraw.

After nine rounds of passaging the virus through mosquito cells, the team found that the amount of virus released was stable in the Wolbachia-free cells. However, in the presence of Wolbachia, virus levels crashed—and in some cases, disappeared completely.

Although this is good news for the control of dengue and other mosquito-transmitted diseases, the researchers note the study has limitations. The researchers used mosquito cells—which may not reflect what happens within the whole insect. And outside the lab, where mosquito populations are much larger, there may be more opportunities for the virus to develop resistance to Wolbachia.

“I think our study suggests that the evolution of resistance to Wolbachia in the virus is challenging,” said McGraw. “I don’t think it’s a guarantee that the virus is not going to evolve under field conditions because the natural system is much more complex. The real experiment is being done in the field right now, because Wolbachia has been released into communities in Australia, Indonesia and Brazil, among others. Monitoring in release areas will be needed to test for the emergence of resistance in the virus.”

Other control methods for dengue have largely been unsuccessful. Because Ae. aegypti is active during the day, bed nets are ineffective at reducing mosquito bites. Spraying of insecticides to control the mosquito and removing standing-water breeding sites have also been difficult to implement in urban environments where the mosquito thrives.

Wolbachia is an attractive control option because it blocks the replication of many disease-causing viruses. It is also self-spreading because of a curious effect, where Wolbachia-containing male mosquitoes cannot reproduce successfully with Wolbachia-free females. According to McGraw, this means that these males prevent Wolbachia-free females from reproducing. Because the bacterium is transmitted from mother to offspring, each generation has successively more mosquitoes containing Wolbachia.

Researchers are still unsure exactly how Wolbachia reduces virus replication in the mosquito.

‘On the Way!’ Amy Duggar Is Pregnant With Her First Child

The wellness boost of a purposeful life

Go for a run or eat chocolate: A choice dictated by the cannabinoid receptors