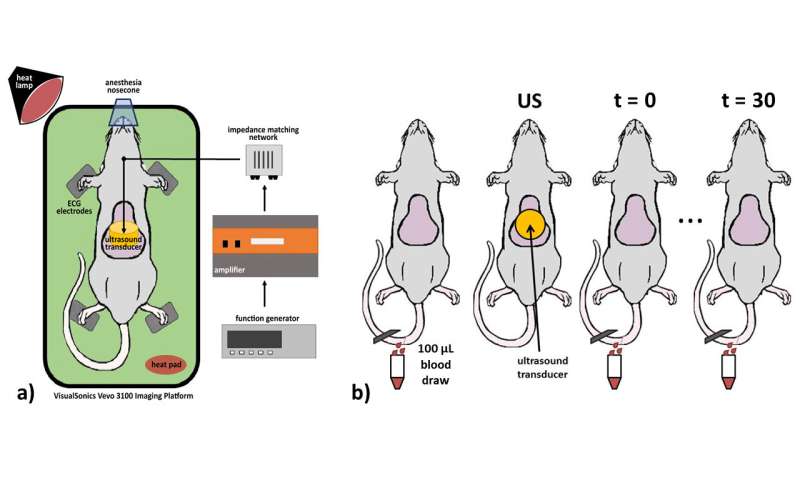 The World Health Organization ranks Type 2 diabetes among the most common causes of death in the world. Current treatments can help the body use insulin at various stages of the disease, but they can also be expensive and subject patients to lifelong medication regimens and side effects. Thanks to new therapeutic ultrasound technology, one promising alternative looks to reshape how early Type 2 diabetes is managed.

A group of researchers from George Washington University in Washington, D.C., has used ultrasound therapy to stimulate insulin release from mice on demand. After exposing the pancreas, the body’s insulin production center, to ultrasonic pulses, the researchers saw measurable increases in the mice’s blood insulin levels.

The team will present their findings at the 177th Meeting of the Acoustical Society of America, which takes place from May 13-17, at the Galt House in Louisville, Kentucky.

“Our work is an important first step in stimulating endocrine tissue,” said Tania Singh, an author on the paper.

While ultrasound has traditionally been used as a diagnostic tool, such as during pregnancy, advances have led to its use for therapies ranging from kidney stones to recent trials for Parkinson’s disease.

The group’s work is the first time ultrasound has been explored as a way to treat diabetes.

As blood sugar levels rise, specialized cells in the pancreas called beta cells ramp up insulin production to counterbalance the higher-than-expected levels of sugar. Early in the disease, beta cells can become overwhelmed, and insulin can build up inside them.

To prevent this buildup from killing the beta cells and worsening the disease, drugs can help ailing beta cells release insulin. It is these drugs that Singh and her group hope to mimic with ultrasound—without drug side effects.

Blood samples from the mice showed significant increases in insulin levels after receiving the ultrasonic therapy.

Further examination has yet to find any damage done to the pancreas or surrounding organs by ultrasound.

“The pancreas has a number of other roles in addition to producing insulin, including the release of antagonistic hormones and digestive enzymes,” Singh said. “It’s something we hope to look into in the future.”

Creating custom brains from the ground up

Zeppoli Finds a New Home by a “Chance” Encounter