Her girl’s growing up! Kylie Jenner shared a sweet video of her 17-month-old daughter, Stormi, learning her letters and numbers on Monday, July 22.

“My smart baby,” the Keeping Up With the Kardashians star, 21, captioned her Instagram Story. In the footage, the makeup mogul said, “O” and “A,” waiting for her toddler to repeat the letters and grab them off of an alphabet board. “Good job!” the reality star gushed. 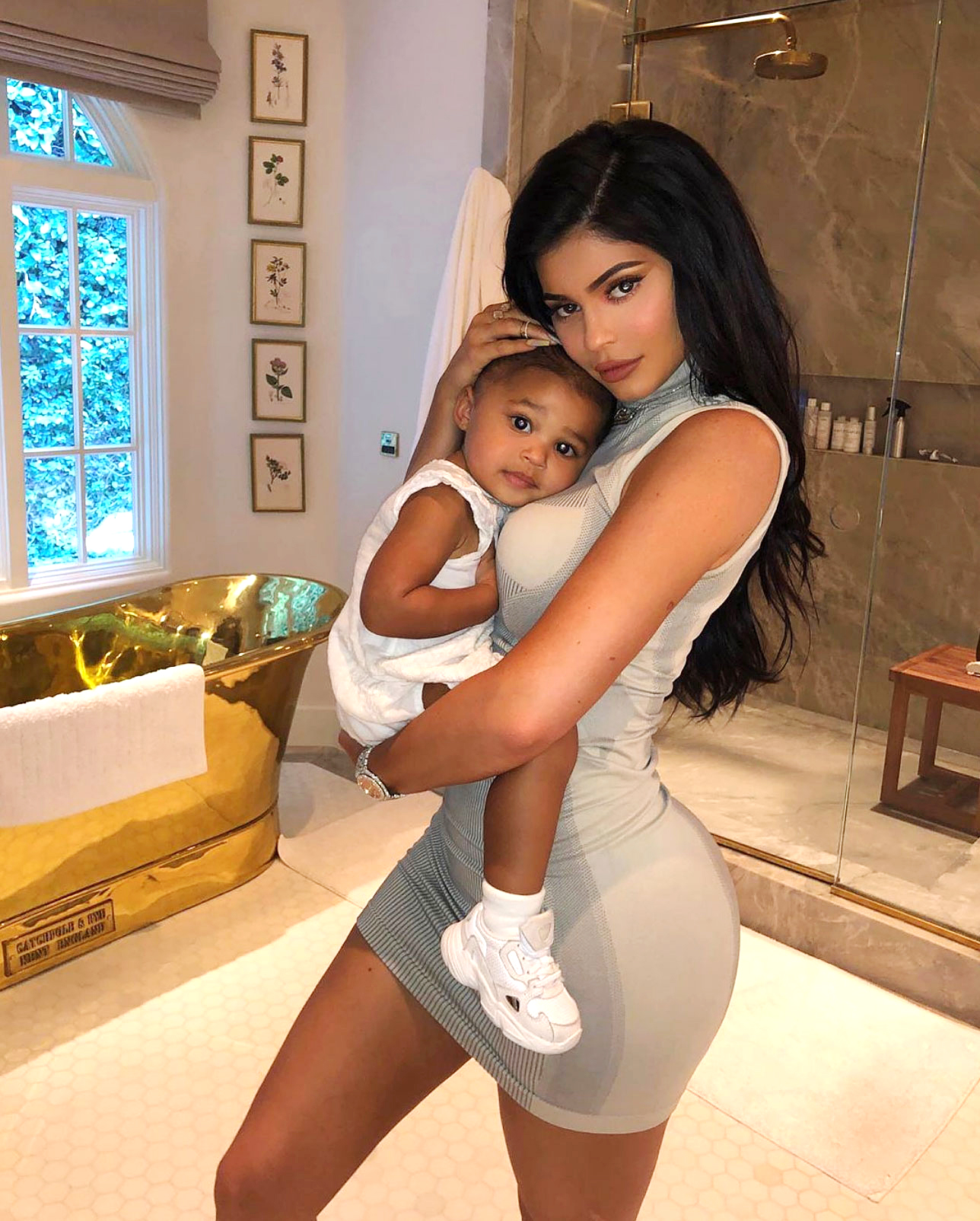 The Kylie Cosmetics creator went on to count. After she said, “One, two…” the little one picked up where she left off. But Stormi isn’t just skilled with letters and numbers! She also picked up a heart-shaped block when her mom asked her to and told her that the cross-shaped block was “purple.”

Last week, the toddler showed off her talking skills in a sweet father-daughter video with Travis Scott. Stormi mimicked the rapper, 28, saying, “All done,” “Hi,” and “Bye.”

He and the reality star, who welcomed their baby girl in February 2018, have been talking about tying the knot, a source told Us Weekly exclusively last week.

“Marriage isn’t important to Kylie but it’s increasingly important to Travis,” the insider said. “Travis is definitely into it. Kylie hasn’t expressed huge interest in getting married but they’ve talked about it a lot. Kim [Kardashian] and some friends are advocating for them to get married because they like the structure of it. [They] think it … could be helpful for Kylie.”

Another source told Us exclusively that the pair are planning to add another baby to their brood, saying, “Kylie definitely wants more children. She’d love to bring more kids into the world and into her and Travis’ life [and to] give Stormi a sibling.”

For a healthy baby, lose extra weight before pregnancy