The model, 36, rocked a pink dress with a lemon pattern, pairing the maternity outfit with a white purse and matching pair of heels. The former Victoria’s Secret Angel was all smiles with a hand on her stomach.

That same day, the pregnant star went on to post a pic in another summery dress with her husband, Evan Spiegel. In March, Kerr confirmed that she and the Snapchat co-creator, 29, are expecting their second child together. She gave birth to Hart, now 15 months, in May 2018, and also shares Flynn, 8, with her ex-husband, Orlando Bloom. 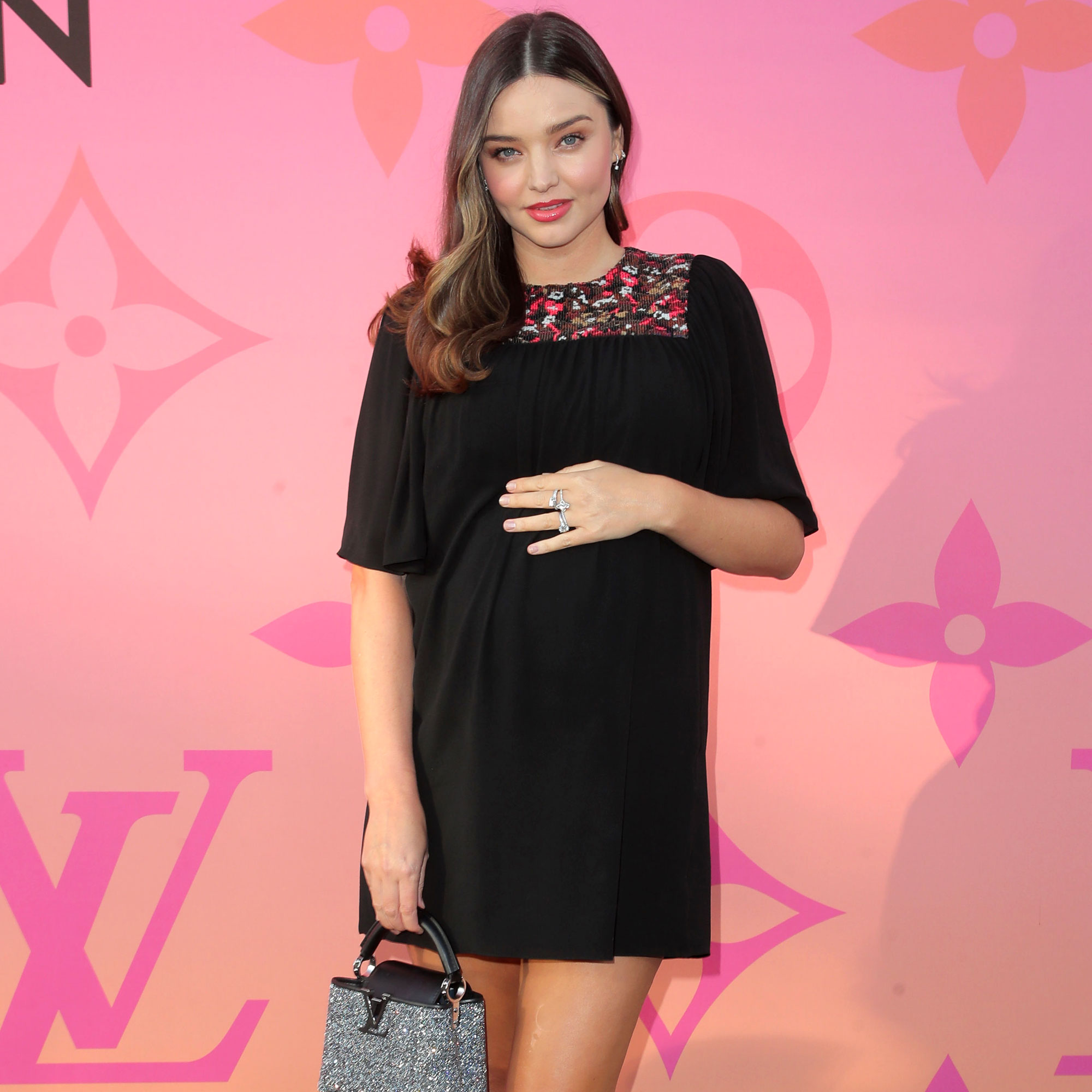 Three months later, the Treasure Yourself author told Us Weekly exclusively about her pregnancy symptoms. “I suffered quite a lot of morning sickness and I was on bedrest for a little while, then I pinched a nerve in my neck,” the Australian model told Us in June. “Every woman is different. For some reason … with each three of my pregnancies, I’ve been super nauseous and a little more sensitive.”

The KORA Organics founder added, “It’s just such a miracle and the best thing that I’ve ever done. Having children is such a blessing.”

While she awaits her third baby’s arrival, Kerr is enjoying family time at home, telling Us, “Evan loves to do a barbecue on the weekend. He makes really great burgers and really great guacamole, so that’s always fun. Sometimes it’s us, sometimes it’s extended family, sometimes it’s family and friends and we just enjoy it outside, having a little picnic. We’re pretty much homebodies and really enjoy simple things like being at home, having picnics or going swimming together, being in nature together or going for a walk together. That type of thing.”

Here's What To Know About the First Drug For Postpartum Depression

Lounging around on a weekend does NOT affect your waistline

How Do I Stop Overthinking Once And For All?

This November 6, Make Your Vote Count for Animals!