Bringing Up Bates star Carlin Bates revealed that her newborn daughter, Layla, is having issues breathing and has ended up being hospitalized and diagnosed with a heart condition.

“There have been many ups and downs since our precious Layla was born,” the reality TV star, who welcomed her first child with husband Evan Stewart on January 31, captioned a photo with her daughter on Instagram on Saturday, May 16. “In some ways I feel like the hospital has become our 2nd home!”

In her post, the 22-year-old explained that since Layla was born prematurely, “she has had breathing problems and episodes of turning blue where she can’t catch her breath.” 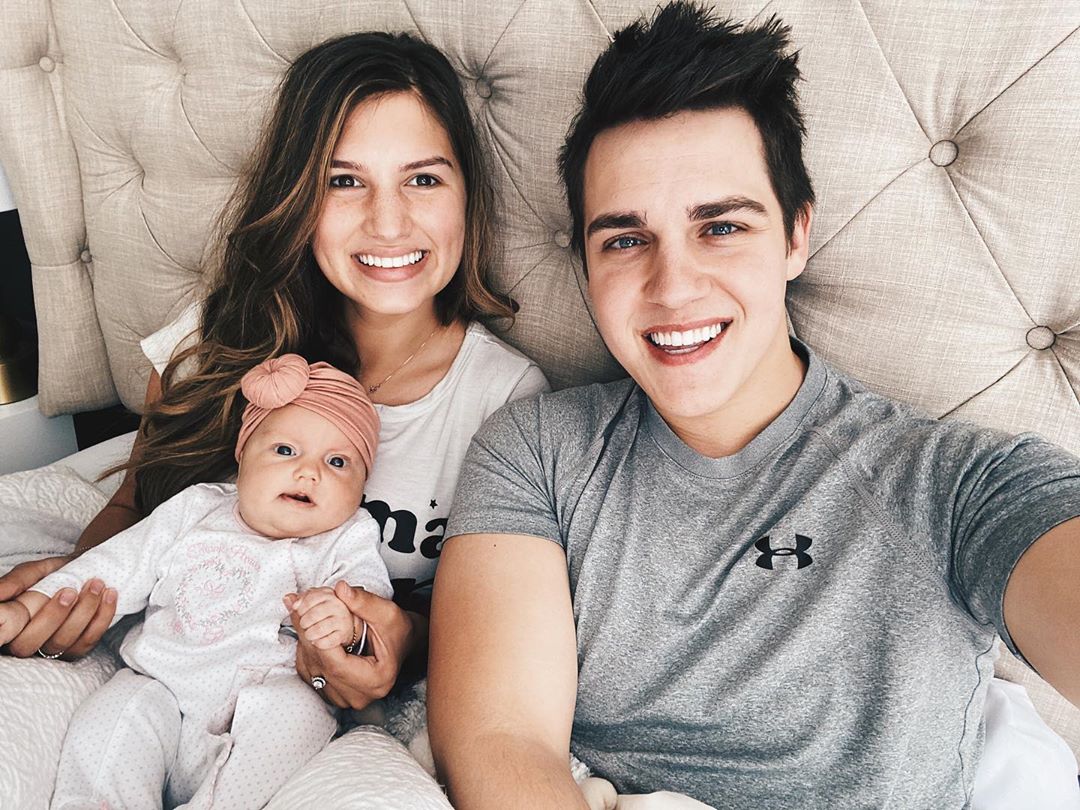 The UPtv star revealed that after she ended up in the hospital herself with meningitis, Layla went home with her sister Erin Bates, but the next day they got a call that her daughter was “turning blue” and she was rushed to the hospital.

“I panicked pretty hard,” she admitted as she dealt with guilt about not being able to be by her baby’s side. “Evan went back and forth from hospital to hospital, checking on us both.”

Carlin wrote that doctors advised the couple that Layla need to see a heart specialist because of a problem with her EKG levels, and they found out the baby “has a small hole in her heart.” They were told that holes in baby’s hearts often close by themselves but in the meantime she ordered a special sock to monitor Layla’s heart rate and oxygen levels “because this nervous mother couldn’t sleep at night!”

Then she revealed that they recently had another scare, when Layla turned white and her oxygen levels dropped. “Again, I felt like my world was turned upside down as I held her in my arms,” she wrote. “I felt so helpless watching her struggle for oxygen.”

After paramedics arrived and Layla recovered, the EMTs recommended that the couple not take her to the hospital because of COVID-19 concerns, so they followed up with Layla’s pediatrician, who now thinks the episode could have been caused by acid reflux.

“Although we’re still so nervous about the outcomes of everything, I know my God is in control and He’s writing our little story. I am so thankful for His protection over my sweet baby girl. We’ve been in some scary places, but I know I can lean on Jesus. I may have many fears and worries, but I’m doing my best to place them in His hands,” she concluded. “Becoming a mother has grown me in so many ways, and I’m beyond blessed that God gave me this little girl. We appreciate all your prayers for Layla!”

Carlin and Stewart met in the fall of 2016 and married at Castleton Farms in Tennessee in May 2019. They announced in September that they were expecting their first child.

High blood pressure: One key way to prevent hypertension – and it’s not exercise or diet

Why Are Doctors Removing Too Many Thyroids?