Cerebral palsy is an incurable disease, but there are corrective surgeries, various therapies and assistive devices which can help them overcome disabilities and make it easier for adapting new activities of daily living. 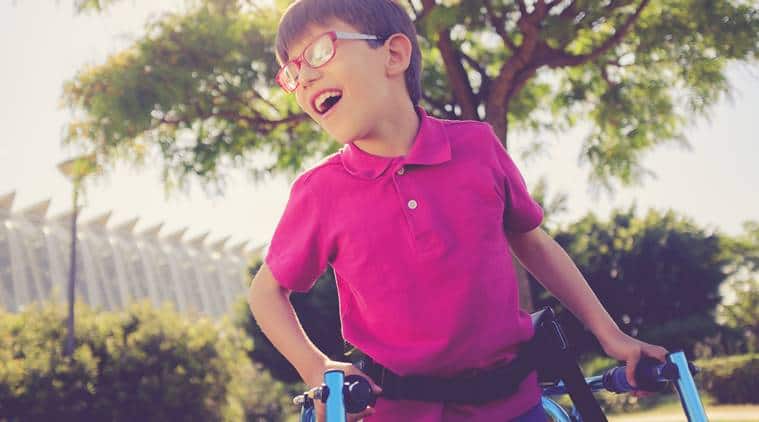 In India, 2.68 crore persons are ‘differently abled’, out of which 2.21 per cent live in rural areas, where treatment isn’t given properly and is often delayed. Also, there are misconceptions about diseases by following wrong treatment methods such as massage, incineration, herbs, passive muscular stretches or exercises.

In our country, most of the treatment is delayed by three to six years and hence, desired results are not achieved. Many newborn babies can be seen to suffer from diseases like respiratory syncytial virus, skin infection, Kawasaki Disease and cerebral palsy. A neurological disorder, cerebral palsy appears in early childhood and affects the body’s movements by disrupting brain control over movement. Age plays a key role in treating any affected child, because overcoming developmental disabilities can be done by learning new things and challenging them.

Cerebral palsy is an incurable disease, but there are corrective surgeries, various therapies and assistive devices which can help them overcome disabilities and make it easier for adapting new activities of daily living. There are situations which are easier to deal with, wherein a child has only one problem of mobility, but it becomes difficult if a child has multiple problems like speaking, slow mind capacity. That is why there are various methods available for treating and handling the future issues:

One to three years

Providing diagnosis for newborns or infants for cerebral palsy is difficult to identify due to its premature characteristics, such as spastic cerebral palsy. There are a number of ways to deal with it, for example, till one year, brain tonic can be recommended. After one year, this may merely lead to creating false hopes and one must look at physical, medical, acupuncture and acupressure treatments. If there is no desirable improvement in children during four to eight weeks or if only one or two disorders improve, then the treatment should be started. At the age of two to three years, children should start focusing on their studies for the future.

Children with spastic cerebral palsy face difficulty in working with hands and feet due to coordination issues. This is where medical exercise will bring a better outcome at this age. But this also depends on the condition of the child. During treatment, external reconditioning equipment such as calipers, knee guards, dynamic splints, crutches, etc, are required.

By the age of six to 12 years, we can gauge the outcome of previous treatments. During this period, the training for daily activities and movement from one place to another is carried out through treatments such as external supporting devices and medical exercises. With increased confidence, activities start giving maximum benefits. Physical activity also plays an important role in determining employment-related habilitation. During the treatment of side-effects, neurosurgical operation and contraction or bone site dislocation by muscle skeletal surgery (orthopedic operation) is also recommended in certain cases.

Due to late treatment, a majority tend to focus on treating issues such as muscle degeneration, which decreases chances for treatments that produce strength, balance and coordination. Many reasons such as ignorance, lack of awareness, lack of experts are responsible for not getting the right treatment at the right time.

(The writer is Chief Surgeon at Narayan Seva Sansthan.)

How to sleep: Three simple steps to getting to sleep during a heatwave

Uncovering the evolution of the brain: Scientists compare the development of brain cells between humans and nonhuman primates in a novel way

Hi I am 14 years old and I am a circumcised male however I am really concerned about my penis size because I am only 3.8 inches erect and this is while going through puberty because my voice has broken and I have developed a lot of hair everywhere but I just want to know how to make my penis bigger even if it is unhealthy because it is really getting me down.

Italy Has Reversed Its Stance On Mandatory Vaccination, Despite A Recent Rise In The Outbreak Of Measles

These Children's Books Featuring Adopted/Foster Kids Will Make You Cry

To prevent next pandemic, scientists say we must regulate air like food and water