Always on her mind! Duchess Meghan was spotted with friends Lyndsay Roth and Genevieve Hillis at the All England Lawn Tennis and Croquet Club on Thursday, July 4, but she definitely had baby Archie on her mind.

The Duchess of Sussex, 37, was wearing a black t-shirt, jeans and a white pinstripe blazer paired with black pumps. However, her best accessory was the very subtle gold necklace with an “A” charm, most likely a tribute to her son, Archie Harrison Mountbatten-Windsor.

The public appearance was the former actress’ third since she and Prince Harry welcomed their son in May. She and her friends cheered on Serena Williams, who was competing against Kaja Juvan, in Thursday’s match. Roth and Hillis are in London for Archie’s big weekend ahead. 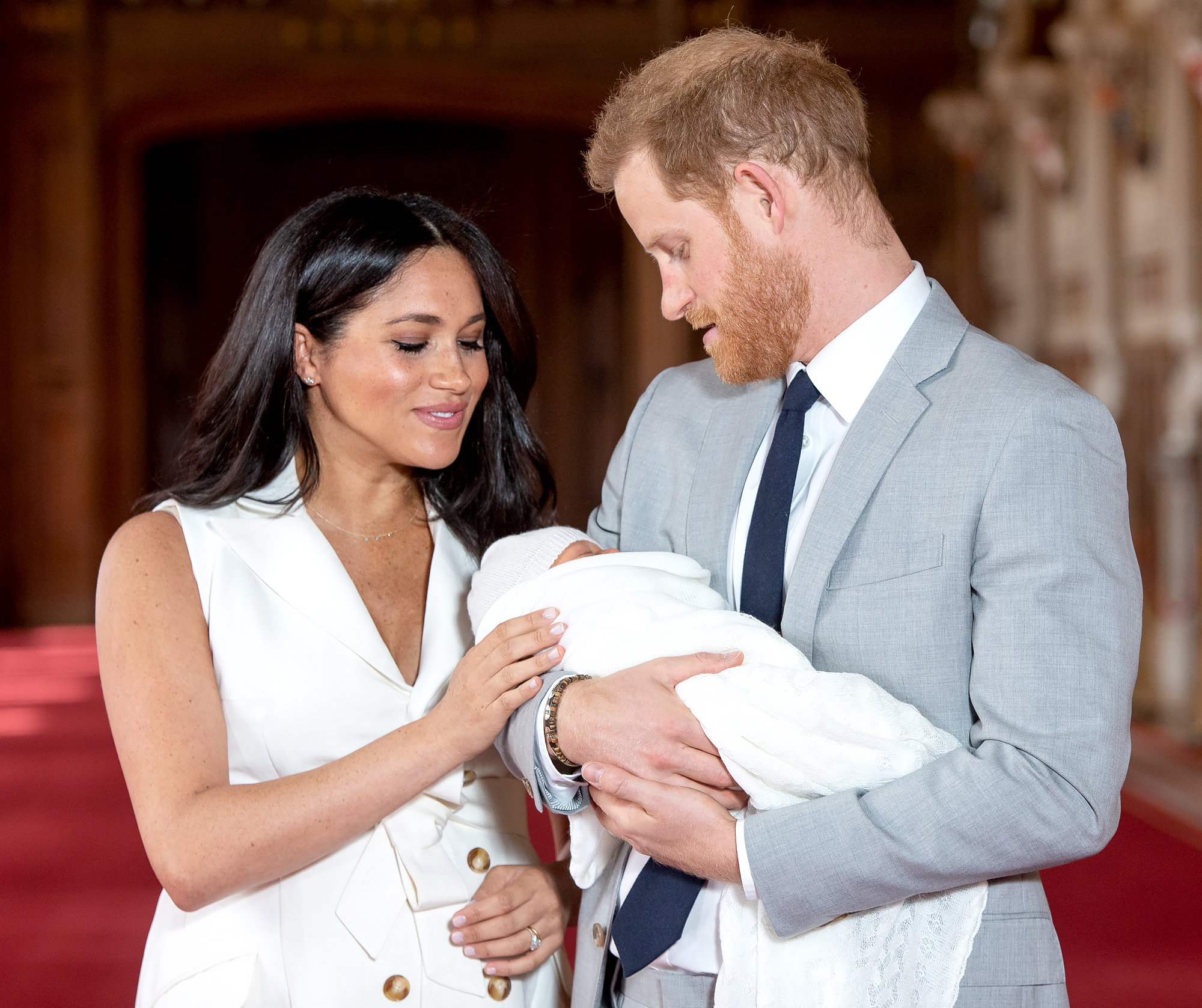 On Saturday, July 6, the Suits alum will by baptized in a small ceremony, done by the Archbishop of Canterbury in the Private Chapel at Windsor Castle — the same location that Meghan and Harry were married and Harry was baptized.

Meghan was glowing during the tennis outing, just as the Duke of Sussex has at his recent appearances. “As every father and parent would ever say, your baby is absolutely amazing, but this little thing is absolutely to die for, so I’m just over the moon,” Harry, 34, told reporters on May 6, the day Archie was born.

When baby Archie made his debut on May 8, Meghan added, “He has the sweetest temperament. He’s really calm. He’s been the dream, so it’s been a special couple of days. …. It’s pretty amazing and I have the two best guys in the world, so I’m really happy.”

However, an insider previously told Us Weekly that it’s been tough for her to be away from her son. In October, the royal pair are planning an important trip to Africa, with Archie in tow.

“It’s not only where Harry was able to spent time away from the public eye growing up — and where [Princess] Diana made a difference — but it’s also where their love grew,” an insider recently told Us Weekly. “Going back there will be so special for them now that they’re a family.”

These healthy drinks will help boost your immunity

Pancreatic cancer symptoms: The alarming sign in a person’s eyes of the deadly condition