We’ve been a bit perplexed about Nick Cannon and his rapidly growing fatherhood situation. If you haven’t heard, the “Masked Singer” co-executive producer and host has had four kids by three different women over the last year. Cannon first became a dad when he had twins Monroe and Moroccan, 10, with ex-wife Mariah Carey. But just a few weeks ago his alleged girlfriend, Alyssa Scott, gave birth to his seventh child, Zen Cannon. So after months of speculation, Cannon is speaking up about his intentional fathering and says it’s no accident. 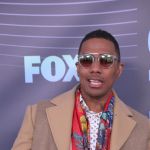 It was on his very own Nick Cannon Radio show (broadcast on Power 106 in Los Angeles) and it was the one and only City Girls rapper JT that got Cannon to essentially spill the details on his active procreation schedule.

When Cannon asked JT for “real advice” about his life in a segment on the show called Advice for Nick, JT, sitting with her group member Yung Miami, plainly said what outsiders have been thinking regarding his situation: “Just stay true to yourself and wrap it up!”

“Wrap it up and protect yourself,” JT told him.

To which Cannon laughed and mistakenly thought she was suggesting he wrap up and finish the radio interview. Then he got it, and responded: “I’m having these kids on purpose,” he said. “I don’t have no accident!”

“I’m like a seahorse,” he joked. “Trust me, there’s a lot of people I could’ve gotten pregnant that I didn’t,” he continued. “The ones that got pregnant are the ones that were supposed to get pregnant. . . . You only live once.”

On June 14, Cannon and professional DJ Abby De La Rosa had twin boys, named Zion and Zillion. And in December 2020, his family grew again when Brittany Bell, who gave birth to their son Golden in 2017, gave birth to a girl named Powerful Queen Cannon.

We still are at a loss for words — and honestly can’t help wonder if there are more babies to come for Mr. Cannon — but if he’s happy, the moms are happy, and the children grow up happy, who can complain?

Before you go, check out these celebrities who became parents with the help of a surrogate.

Archie Is in for a Treat! Prince Harry’s Most Epic Dad Jokes – So Far!

2nd Ebola vaccine to be used in Congo, as UN efforts slammed

The wellness boost of a purposeful life

Antibiotics: we’ve found faster, better way to identify the right one to use