Getting their groove on! Kourtney Kardashian, Reese Witherspoon and more celebrity parents have made TikTok debuts with their kids.

The Keeping Up With the Kardashians star joined her eldest son, Mason, and YouTube star David Dobrik on the social media app in January 2020. “Hey guys, I’m here with Mason and I’m gonna teach him how to TikTok,” the former Vine star said in the funny footage.

Dobrik panned over to show Mason and his mom. The reality star went on to hand her son something from the fridge, clap for him during a pool game and hug him as Hippie Sabotage’s “Devil Eyes” played. 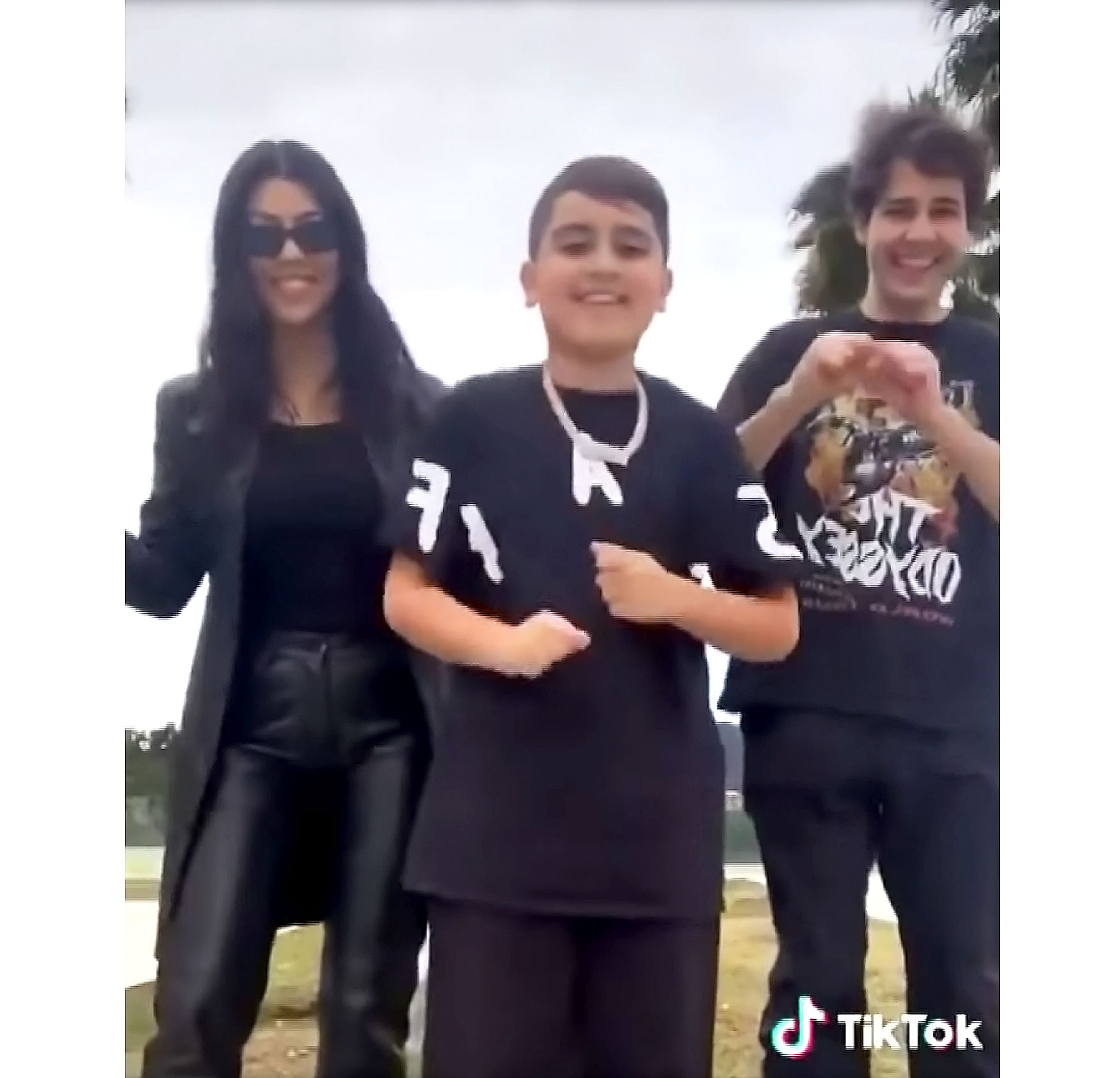 In another TikTok video, the Poosh creator danced with Mason and Dobrik to “Lottery” by K Camp while wearing a black trench coat and matching shades.

Witherspoon has also given TikTok a go multiple times. Her first attempt was in September 2019 with her and her ex-husband Ryan Philippe’s son, Deacon.

“@deaconphilippe tries to teach me how to TikTok,” the Big Little Lies alum captioned their mother-son video at the time. “I think I nailed it.”

Five months later, the actress learned “more important life lessons” from the teenager, including the difference between dapping and dabbing. “Thank you for teaching me about TikTok, it’s been so much fun,” the Whiskey in a Teacup author told Deacon in February 2020.

The Oscar winner, who also shares daughter Ava with Ryan and son Tennessee with her husband, Jim Toth, taught her eldest son how to drive — but he’s “actually better” than she is.

Witherspoon explained to Ellen DeGeneres in September 2019: “I get distracted a lot because I see cute dogs, and I’m like, ‘Oh, I’ve got to pull over!’ I will literally pull over and get out of the car if it’s a bulldog. Only a bulldog. I’m very preferential to certain breeds … if it’s being walked by somebody and it’s really cute. There’s probably a lot of pictures in the world of me on the side of the road with dogs.”

Watch the video above to see Witherspoon and more celebrity parents trying their hands at TikTok, from Courteney Cox to Matt Lauer.

Surprise! These 16 Coworkers Are All Pregnant at the Same Time

From penny press to Snapchat: Parents fret through the ages

What is a STING antagonist?