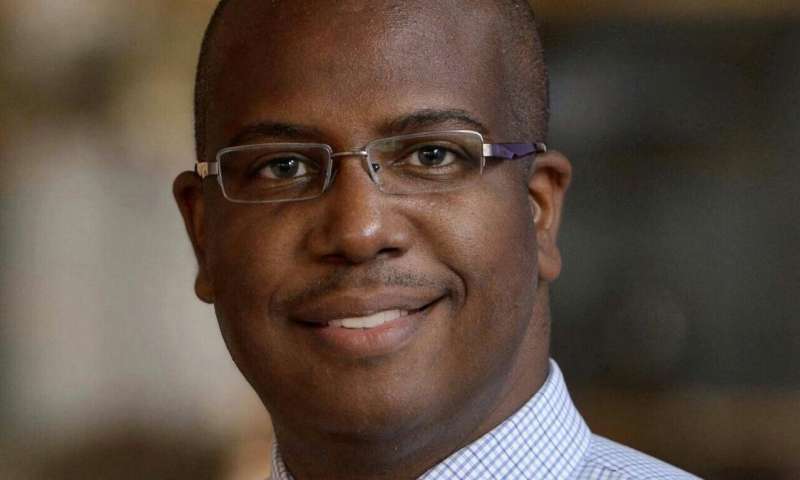 The researchers report in the journal Nature Communications that ESAM, but not NESAM, is characterized by a reduction in methyl chemical tags in DNA and complex changes in gene activity, including both enhanced and reduced gene expression. Some of the genes that lost their methyl tags have been linked to other disorders of nutrition and metabolism, such as abnormal blood sugar and fatty liver disease, conditions that also have been observed in ESAM. The findings support consideration of methyl-group supplementation in ESAM.

What is ESAM and NESAM?

“Severe acute childhood malnutrition presents in two clinically distinct forms: ESAM and NESAM,” said corresponding author Dr. Neil Hanchard, assistant professor of molecular and human genetics and the USDA/ARS Children’s Nutrition Research Center at Baylor. “ESAM is characterized by body swelling and extensive dysfunction of multiple organs, including liver, blood cells and the gut, as well as skin and hair abnormalities. NESAM, on the other hand, typically presents with weight loss and wasting.”

The differences between ESAM and NESAM are still not fully explained despite decades of studies addressing this question. In the current study, Hanchard and his colleagues looked to better understand the conditions by investigating whether there were differences at the molecular level, specifically on DNA methylation.

“The decision to look at DNA methylation was partly driven by previous studies looking at biochemical markers in these individuals. In particular, the turnover of a particular amino acid called methionine,” said Hanchard.

“First, we conducted a genome-wide analysis of DNA methylation. When we found in children acutely ill with ESAM genes with levels of DNA methylation that were significantly different from those in NESAM patients, the levels were always lower. Of the genes analyzed, 161 showed a highly significant reduced level of methylation in ESAM, when compared to the same genes in NESAM,” Hanchard said.

Interestingly, a group of adults who had recovered from having ESAM malnutrition in their childhood did not show the same reduction in DNA methylation the researchers observed in childhood acute cases. This suggested that lower DNA methylation was probably related to acute ESAM.

Among the genes that were highly affected by reduced methylation were some of those related to conditions such as blood sugar regulation, fatty liver disease and other metabolic problems, which are also commonly seen more often in ESAM than NESAM.

Couples Date For 17 Months Before Moving In Together

Supply: Waiting for the psychotherapy

Study explores timing of muscle-related problems of statin use