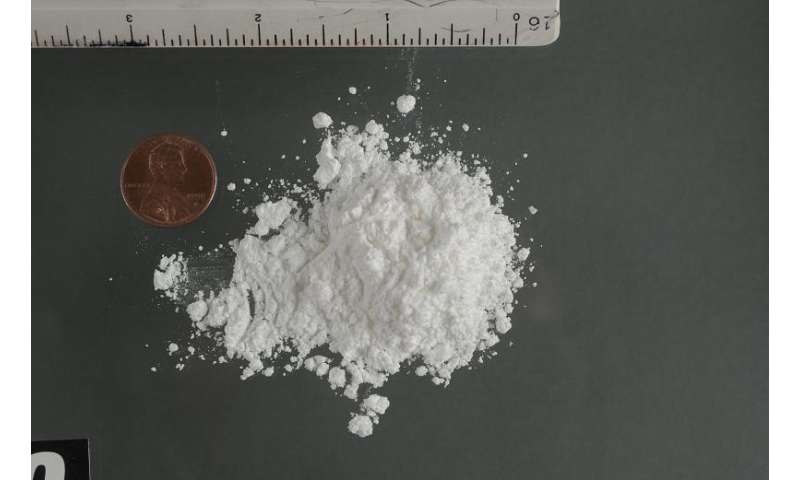 A new preclinical study by University at Buffalo researchers reveals the genetic basis of relapse, one of the most detrimental but poorly understood behaviors related to addiction.

Craig Werner, Ph.D., is first author on a paper published Oct. 9 in Science Advances that demonstrates how prolonged abstinence after cocaine use drives gene changes that promote relapse. Werner did the work as a postdoctoral fellow in the Department of Pharmacology and Toxicology at the Jacobs School of Medicine and Biomedical Sciences at UB; he is now a postdoctoral fellow at the National Institute on Drug Abuse Intramural Research Program of the National Institutes of Health.

“The fact that addiction is a lifelong disease suggests that something in the brain is maintaining that vulnerability to relapse, but until now, we didn’t see how gene expression changed during abstinence to contribute to this behavior,” said Werner.

The UB study begins to explain why abstinence, both in humans and in preclinical rodent relapse models, intensifies the craving for cocaine over time, facilitated by drug-associated cues. Those cues can be anything that is associated with the rewarding properties of the drug, whether it’s a physical location, fellow addicts or drug paraphernalia.

“The novelty of our current paper is that it begins to reveal what happens on a cellular basis, what genes are turned on and off during a prolonged period of abstinence,” said David M. Dietz, Ph.D., senior author and chair of the Department of Pharmacology and Toxicology.

The new paper reports on a preclinical study with laboratory rodents who learned to self-administer cocaine and were then withdrawn from the drug.

The research focused on the nucleus accumbens, a center of reward and motivation in the brain. The researchers looked specifically at molecules known as chromatin remodelers that can facilitate or prevent access to DNA, ultimately affecting gene expression.

They found that chromatin remodeler INO80 causes changes in gene expression that enhances cocaine-craving behavior. While after one day of abstinence from cocaine there was no change in expression of INO80, there was a significant increase after 30 days of abstinence.

The findings also reveal how a class of proteins called E3 ubiquitin ligases facilitates relapse. Currently the subject of well-funded research in the pharmaceutical industry for psychiatric and neurologic diseases, E3 ubiquitin ligase proteins have yet to be well-explored in terms of their relevance to addiction and relapse. Last year, Werner and his colleagues at UB published the first paper regarding another one of these proteins and its role in addiction and relapse.

The current UB study reveals that an E3 ubiquitin ligase called TRIM3 tags INO80 with a ubiquitin chain indicating to the cell to degrade INO80. The researchers found that a decrease in TRIM3 likely underlies the observed increase in INO80 (less TRIM3 means less INO80 being degraded).

“When there’s less TRIM3 and more INO80, that leads to an increase in drug craving,” said Werner, “but when there’s more TRIM3 and less INO80, drug-craving behavior is reduced.”

They found this effect whether they manipulated INO80 directly, or through the alterations of TRIM3 levels, he said.

“INO80 affects some combination of target genes,” said Werner. “In the future, we want to find out which of those downstream genes are contributing to drug-craving behaviors. This would be a big first step into this really new territory of how gene expression maintains relapse vulnerability.”

While potential therapeutic targets are, of course, the ultimate goal, the UB researchers emphasize that their research is allowing critical pieces of the addiction puzzle to fall into place.

The Mind-Blowing Trick That Might Help You Have More Orgasms

The first thing a young man after his 18. Birthday do: get vaccinated

Results from the COBRA-REDUCE trial reported

Why am I tired all the time? 6 signs your fatigue is down to food intolerance