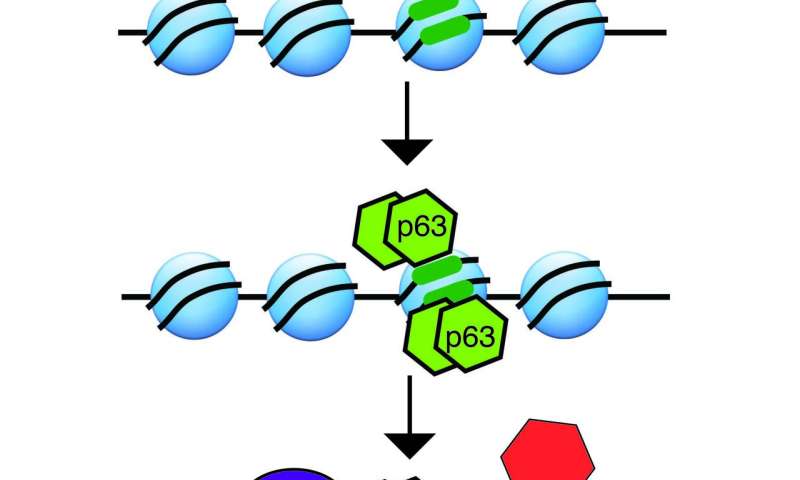 Cleft lip and palate (CL/P) is the second most common birth defect in the world, affecting 1 in 700 live born babies. While the exact cause of CL/P is not well understood, investigators think it could be the result of a combination of genetics and environment. Cleft lip and palate are splits in the upper lip, the roof of the mouth, or both. This happens when cells in a baby’s face and mouth don’t fuse properly during early development. The result of a partial fusion, or no fusion at all, leaves a cleft.

In a new study published today in Science Advances, researchers from the Perelman School of Medicine at the University of Pennsylvania found more than 100 new genes that could lead to the development of CL/P. The team discovered that genetic variants near these genes are in regions of the genome called “enhancers,” which regulate expression of genes to maintain proper cell identity.

Enrique Lin-Shiao, a doctoral student in the lab of Shelley L. Berger, Ph.D., the Daniel S. Och University Professor and director of the Penn Epigenetics Institute, described the role of the protein p63 in modulating expression of genes involved in craniofacial development. The transcription factor p63 guides other molecules to open or close DNA structures in the nucleus called chromatin. This duty of p63 helps enhancers do their job of allowing genes to be expressed into mRNA, or not. Mutations in human p63 lead to an array of developmental defects, including clefting. Knowledge is limited about p63’s role in human craniofacial development due in part to a lack of comparable animal models. However, now it is known that p63 binds to and remodels chromatin to coordinate enhancers associated with epithelial cells that are important for the fusion of the palate during development.

“We combined our molecular findings with genome data from colleagues at the University of Bonn who work with genetic data of patients with cleft palates or lips,” said Lin-Shiao. “In the datasets, we found that many of the genes that are highly associated with clefting are located near the enhancer regions that work with p63. This gives us brand new insight into the mechanisms that could lead to disease.”

Why Everyone Is Obsessed With Mini Fridges for Their Skincare

The local pharmacist is a part of home

Another Day, Another Unique Way for Kate Beckinsale to Show Off Her Body!

New evidence of a preventative therapy for gout