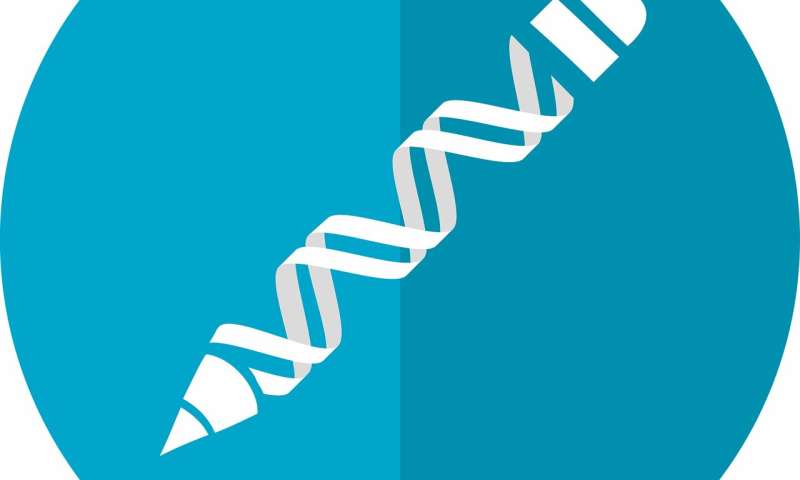 New reports that China is using DNA science developed in San Diego County for widespread ethnic surveillance raise ethical questions about who is responsible for how that technology is used.

The New York Times reported recently that Chinese authorities are building a DNA database of the country’s Uighur minority, a predominantly Muslim ethnic group blamed for a series of terrorist attacks in northwestern China.

Since 2016, there have been regular reports of authorities taking blood samples in the Xinjiang region, where ethnic tensions have been rising. The situation has evolved into a Muslim crackdown in China, with nearly one million Uighurs and other minorities reportedly held in “re-education” camps bent on making Muslims more subservient to the Communist Party. There, Uighurs are being forced to hand over genetic samples, which activists worry could later be used by authorities to chase down any Uighurs who resist the indoctrination.

San Diego-based Illumina, a global giant in genomic sequencing, also has a well-documented relationship with China. Its CEO said last year that China is an important market for the company—the second largest, by country.

Last April, Illumina announced it would be working with the Chinese personal-genomics company WeGene to establish a micro-array laboratory in Asia. WeGene plans to use Illumina’s technology to expand the collection of genomic data to all of the 56 ethnic groups in China.

The recent news of China’s surveillance campaign illustrates how genetic technology can be used inappropriately, adding fodder to the long-held concern that fast-moving DNA science carries serious risk. If designer babies weren’t a big enough worry for existentialists and futurists, now add to it the potential for human tracking and discrimination based on DNA profiles.

But once a technology—or research—spreads throughout the world, who is responsible for its use?

It can be something of a conundrum because in some instances, the range of possible abuses can initially be unknowable when a company contracts with a client, be it a foreign nation or a consumer, says Robert Bohrer, professor of law at California Western School of Law and author of “A Guide to Biotechnology Law and Business.”

For example, he said, does a business that sells hunting rifles necessarily know ahead of time that its customer will use that weapon for turkey hunting as opposed to terrorizing humans?

“Companies that sell a tool that is capable of being used in lots of good ways but could be abused do have some responsibility,” Bohrer said. “So how do they exercise that, how easy is it for them to police the uses for which their tools are put?” Bohrer said.

“I don’t think Illumina, for example, should refuse to sell sequencers to Chinese hospitals and health organizations given the great good they can do. If Illumina becomes aware they are being diverted for unethical uses, then they have to respond, but before the fact, how do you put that burden on U.S. companies of deciding that we won’t sell our technology?”

Thermo Fisher said it would no longer sell its genetic sequencers equipment in China’s Xinjiang region where part of the campaign to track Uighurs is mostly occurring.

The company said it was “consistent with Thermo Fisher’s values, ethics code and policies.” It added, “We recognize the importance of considering how our products and services are used—or may be used—by our customers,” the company said in a statement.

A spokeswoman for Illumina said the company did not have a comment.

The question of corporate self-regulation in the age of big data is not unique to the biotech industry. Social media giant Facebook is a frequent target of critics for how it has misused personal data. Recently, New York Gov. Andrew Cuomo ordered a probe of Facebook after the Wall Street Journal reported that the company was collecting sensitive personal health information from smartphone apps.

No matter the industry, the question remains: What responsibilities do companies bear after their products are released into the world?

Academics often find the intersection of politics and scientific research distracting to their mission. They prefer to pursue science unabashedly, letting the chips fall where they may. Ali Torkamani, director of Genome Informatics at the Scripps Research Translational Institute, said genetic science is no more prone to misuse than any other technology.

“I think it’s important to focus on how to harness these tools for the greater good of humanity rather than holding them back because other people might use them for nefarious purposes,” Torkamani said. “Yes, these technologies are powerful and perhaps can be perceived as a threat to humanity. But they also have the power to do good, and that’s just as strong.”

Look no further than new medicines, he said, to see the good in new DNA science.

“Cancer is a genomic disease and a lot of drugs that have very good efficacy are driven by genetic targets,” he said.

To that point, just a couple of days before the news article about China’s use of DNA technology to surveil the Uighurs, Illumina was in the news locally for its collaboration with a San Diego doctor to offer its genome sequencing test to Tijuana patients suffering from rare and undiagnosed genetic conditions.

Dr. Eric Topol, director of Scripps Research Translational Institute, believes some degree of self-regulation by the scientific community is necessary.

“The U.S. vendors should do their best to query use of their equipment (or laboratory chemicals) to avoid any compromise of basic human rights,” said Topol, a cardiologist and genomics expert. “While out of their control, they may be able to get a sense for potential misuse.”

Topol said the use of DNA technology to target a particular group of people is another “dark example” of how scientific innovations can be abused. He noted that it is not unlike the furor that erupted late last year after it became known that a Chinese scientist had genetically engineered human embryos, resulting in the first-ever births of genetically altered babies.

No one should be surprised by such revelations as long as there are no strong protections in place to protect people’s people’s privacy, says Emory Roane of the San Diego-based Privacy Rights Clearinghouse. While Europe and some U.S. states like California have relatively strong regulations, they are not widespread.

“The California Consumer Privacy Act, passed last year, doesn’t go into effect until 2020, but it will give all Californians the right to demand that businesses tell them what information is collected about them and then they can opt out of the sale of that information,” Roane said. “It wouldn’t solve this kind of problem—the Chinese abuses of DNA information—but if a company is acting badly overseas, I can demand that I not work with this business.

Effects on offspring of epigenetic inheritance via sperm