The parents of a one-year-old boy who died of sepsis are urging parents to ask doctors for tests if they suspect the deadly condition.

Jack Sands, from Hook, near Hull in Yorkshire, died just three days before his second birthday after having surgery on his skull.

He had a condition called craniosynostosis, meaning he needed an operation on his head to correct the shape of his head, but he developed meningitis and sepsis after the procedure.

Claiming doctors failed to spot the condition despite their own suspicions, parents John and Gemma Sands say others should ‘trust their own instincts’. 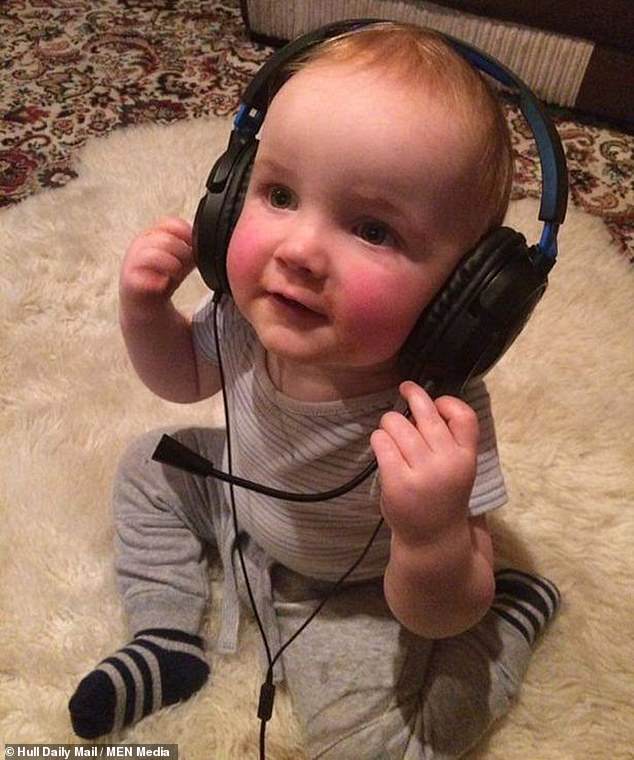 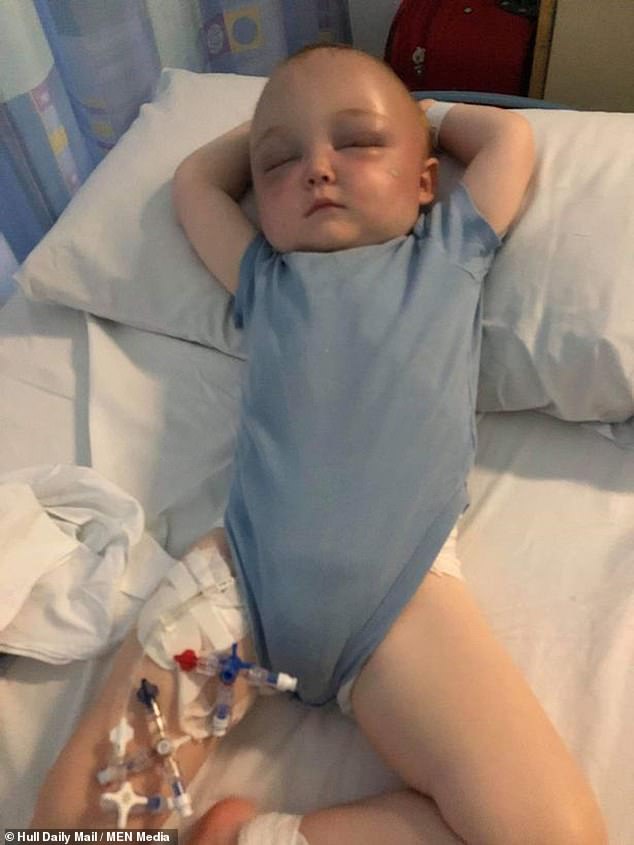 When Jack was in hospital his parents thought his condition was improving until he became seriously ill and slept uninterrupted for 30 hours, they claim, just days before he died

Mr and Mrs Sands, aged 30 and 31, say they are heartbroken by their son’s death – he died in July last year – and even tried to celebrate his birthday days afterwards.

An inquest is under way into Jack’s time at the Leeds Teaching Hospitals NHS Trust, where he died just days after his operation.

Mr and Mrs Sands said they thought something was wrong with Jack and, after searching online, they believed it was sepsis.

But staff at the hospital left him to sleep for 30 hours without doing further tests because certain workers weren’t available at the weekend, they claim.

‘Trust your own instincts,’ Mr Sands told the Hull Daily Mail in a warning to other parents.

‘Not even just for sepsis. You know the difference when your kids are happy and normal and when he starts recovering and it seems like they are doing well.’

Sepsis is an over-reaction of the immune system which is triggered by a usually more minor infection and can cause the body’s organs to shut down.

It requires immediate medical attention but can be hard to spot because symptoms – such as a fever or breathing problems – often resemble other illnesses.

‘The problem you’ve got is when they’ve had an operation you don’t know if [the symptoms are] part of that,’ Mr Sands said.

‘But if you are worrying about anything else you have got to make sure you try and follow it up.

‘If you do think there is something wrong, push for it. You’re not going to upset anyone by asking.’ 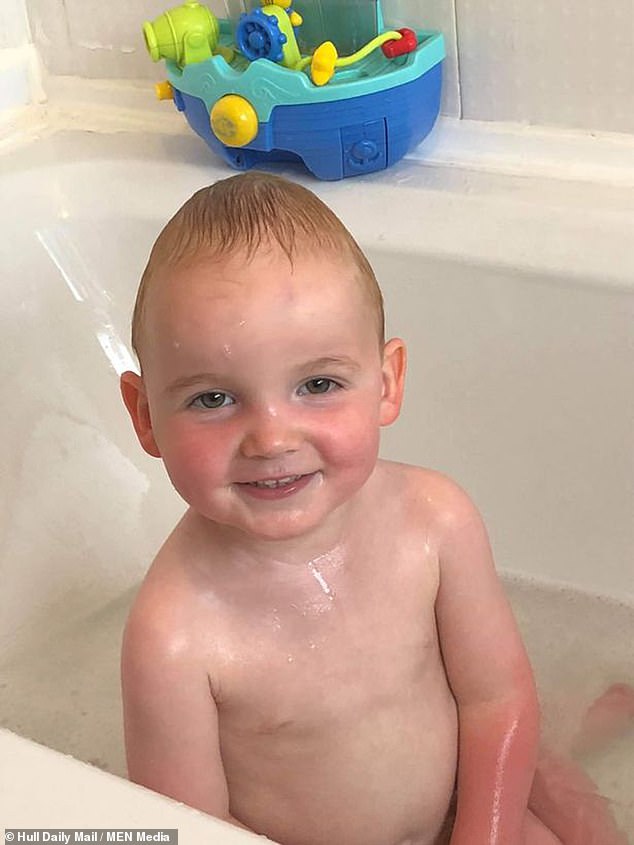 Jack had needed an operation to repair his craniosynostosis, a condition in which the bones in the skull fuse too early, which can affect the shape of the child’s head and interfere with brain development 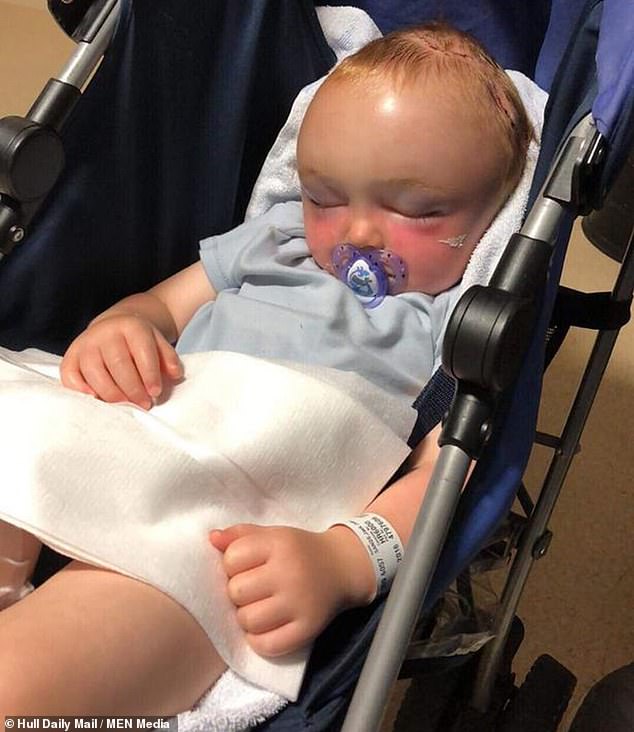 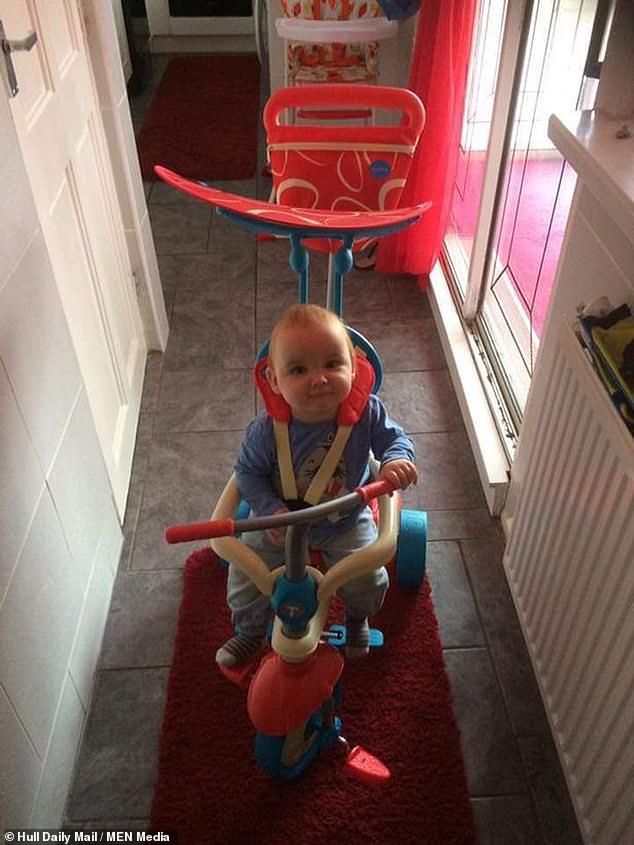 Mr Sands said Jack was a ‘great’ boy, adding he was ‘just like any other kid, full of mischief and really energetic’

Jack had needed surgery for his craniosynostosis, a condition in which the bones of the skull fuse too soon, leading to a misshapen head and potential problems with brain growth.

The condition is not always serious but can require surgery to repair, as it did in Jack’s case. Otherwise, his parents say, he was a healthy and ‘mischievous’ toddler.

‘He was great,’ said Mr Sands. ‘Just like any other kid, full of mischief and really energetic. It just seems that any minute he’s going to come through the door.

‘He died three days before his second birthday. So even after he died, three days after, we were still trying to do something for his birthday. It’s horrendous.’

After his operation Jack’s parents said he seemed to be recovering well for a couple of days until he became ill again.

Doctors believed he had a stomach bug, they claim, and reportedly waited through the weekend to do tests because a specialist wasn’t working.

Mr Sands added: ‘He was fine but you could tell that he was in a lot of pain. He started eating again on the second day. Then it started going downhill.

‘They said he had gastroenteritis and started treating him for that and giving him fluids. Then it got really bad and they let him sleep for 30 hours.

‘They tried to take some blood but said they couldn’t and needed a specialist but they didn’t work the weekend. So they left him the entire weekend which was part of the 30 hours.

‘Then Monday night early Tuesday morning that’s when he died.’

Mr and Mrs Sands say the inquest into their son’s death is ongoing, adding: ‘It still doesn’t seem real yet.’

Dr Yvette Oade, acting chief executive at Leeds Teaching Hospitals NHS Trust said: ‘We are sincerely sorry that Jack died while he was in our care.

‘We undertook a full investigation to help us understand the circumstances leading to Jack’s death and how we could learn from what happened.

‘We met with Jack’s parents to share our investigation and we have committed to learn from the findings so that we can improve the care we provide to all of our patients.

‘We fully support the family’s ambition to raise awareness of sepsis.

‘As an organisation, raising awareness and managing sepsis is extremely important and we have introduced a number of initiatives aimed at increasing awareness amongst our own workforce so that we can continue to improve the care that we provide in the future.’

Sepsis occurs when the body reacts to an infection by attacking its own organs and tissues.

Some 44,000 people die from sepsis every year in the UK. Worldwide, someone dies from the condition every 3.5 seconds.

Sepsis has similar symptoms to flu, gastroenteritis and a chest infection.

Symptoms in children are:

Under fives may be vomiting repeatedly, not feeding or not urinating for 12 hours.

Anyone can develop sepsis but it is most common in people who have recently had surgery, have a urinary catheter or have stayed in hospital for a long time.

Other at-risk people include those with weak immune systems, chemotherapy patients, pregnant women, the elderly and the very young.

Treatment varies depending on the site of the infection but involves antibiotics, IV fluids and oxygen, if necessary.

Back to virtual school: How to develop a growth mindset for your child