Brexit could have a ‘catastrophic’ impact on UK cancer research and may trigger a staffing crisis, a new study has said.

Overseas staff contributed to nearly 80 per cent of papers published in the UK between 2007 and 2014, and collaboration with EU scientists is increasingly common.

Restrictions on free movement after Brexit could risk undermining healthcare based on the research, according to a review led by Queen’s University in Belfast.

Germany has already overtaken Britain as the number one destination for cancer research funding in Europe, and experts fear the ‘Brexit effect’ will get worse. 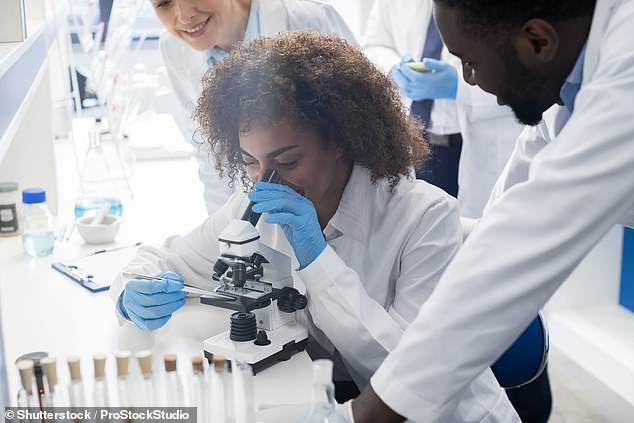 Germany has overtaken the UK as the top destination for cancer research funding in the EU, and researchers fear the ‘Brexit effect’ will make life harder for British scientists by restricting how many European researchers travel here

Professor Mark Lawler, from the Centre for Cancer Research and Cell Biology at Queen’s, said: ‘Nearly 20 per cent of our research staff are non-UK born.

‘The Brexit effect on our research reputation could be catastrophic.

‘And given that high quality research underpins better cancer outcomes, we risk undermining the cancer care of our patients.’

In 2015, the UK was the number one destination for research funding in the EU but has since been overtaken by Germany – evidence of what academics say is the ‘Brexit effect’.

In collaboration with King’s College London and the University of Leeds, Irish researchers have produced new proof of the positive benefit that researchers from other EU countries have on cancer research in the UK.

The study, published in cancer journal The Lancet Oncology, showed the increasing number of scientific papers on cancer published by teams which include at least one member of staff from the EU outside of the UK.

It said reviews that included EU-born authors had a much greater scientific impact, being published in the top tier of medical and scientific journals.

Professor Lawler added: ‘The challenge of cancer is so great, it is critical that we bring together the best minds to find the best solutions to improve cancer outcomes for our citizens.

‘Currently in the UK we attract high quality talent (both from the UK and elsewhere in the EU) and that is why we are a powerhouse for cancer research across Europe.’

He added: ‘In the uncertainty of a post-Brexit world, we risk the distinct possibility that cancer scientists from other parts of the EU either won’t want to or won’t be allowed to work in the UK.

‘The knock-on effect could be devastating.

‘It is clear that potential European research partners are worrying about having a UK researcher on their collaborative research grant.’

Next March’s looming divorce with the EU has already halted a heart drug study due to concerns about how new medicines will be approved after Brexit.

US-based research firm Recardio was due to begin trials of dutogliptin on patients in Exeter, Leeds and Clydebank but pulled the plug on the study.

But the Government has said it is ‘confident’ Britain will still provide a good environment for clinical trials.

HOW A NO-DEAL BREXIT WILL CHANGE YOUR CIGARETTE PACKETS

Graphic warning pictures on the front of cigarette packets will change in the event of a no-deal Brexit, the Government says.

The European Commission owns the copyright for the disturbing images currently used, so the UK may no longer be allowed to use them from March 2019.

But officials have struck a deal to also use the same warnings as Australia, where the pictures have been required by law since 2012. 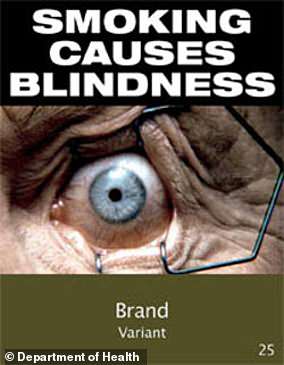 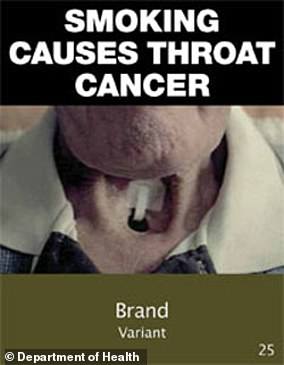 Cigarette warnings were one of a number of small ways leaving the EU without a deal could affect daily life in the UK – others include mobile roaming charges abroad and extra credit card charges.

Tobacco manufacturers have been required to put the warning pictures on their packets since 2008 in the UK, and plain green packaging was brought in in 2016.

The measures were introduced to put people off buying cigarettes, responsible for around 78,000 premature deaths every year.