A model of SARS-CoV-2 transmission suggests that a small number of venue types, such as restaurants, hotels, and religious venues, account for the majority of infections. The model also helps explain why infections disproportionately affect people living in deprived areas. 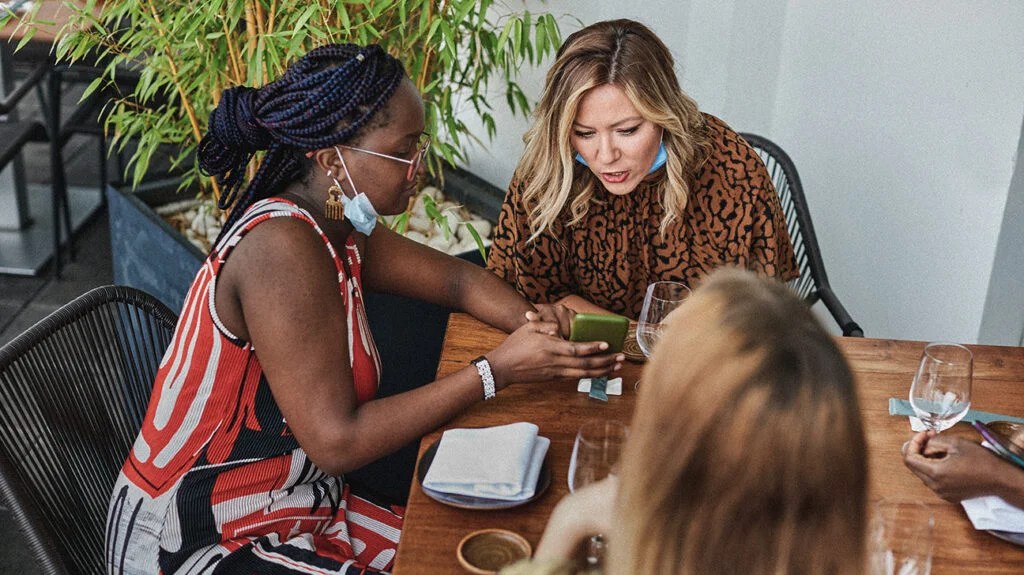 Almost a year since the start of the COVID-19 pandemic in Wuhan, China, there remains considerable uncertainty about the safest ways to restore economic and social life to something resembling normality.

According to the creators of the new model at Stanford University, CA, and Northwestern University in Chicago, IL, the model provides a tool for identifying high risk venues and testing alternative paths out of lockdown.

Stay informed with live updates on the current COVID-19 outbreak and visit our coronavirus hub for more advice on prevention and treatment.

Computer scientists and medical researchers collaborated on the model, which used anonymized location data from cell phone networks to reveal the movements of 98 million people in the United States between March 1 and May 2, 2020.

The team modeled the number of infections occurring hour by hour at around 553,000 venues, which they grouped into 20 categories according to use. They also factored in the floor space of each venue.

The model suggests that reopening gyms, full-service restaurants, cafes, hotels, and religious venues leads to the largest surge in infections, due to the high densities of people and their long lengths of stay.

A relatively small number of these “superspreader” venues account for the majority of new infections, according to the model.

For example, the model found that 10% of all the venues in the Chicago metropolitan area accounted for 85% of all infections.

On the upside, the model indicates that capping the number of people allowed into venues at any one time is more effective and less disruptive than uniformly reducing everyone’s freedom of movement.

For instance, the model predicts that limiting the occupancy of a venue to 20% of its maximum capacity reduces new infections by more than 80%.

Because people are likely to respond by spreading their visits more thinly throughout the day, however, the measure reduces the total number of visits by a relatively modest 42%.

“[O]ne can achieve a disproportionately large reduction in infections with a small reduction in visits,” the researchers write in their paper describing the model, which appears in the journal Nature. “Precise interventions like these may be more effective than less targeted measures while incurring substantially lower economic costs.”

“Our work highlights that it doesn’t have to be all or nothing,” said senior author Jure Leskovec of Stanford University at a press conference held to announce the findings.

He added, “We can choose different levels for different types of places, and our model provides a tool for policymakers to basically navigate these trade-offs and make the right decisions for them.”

Individuals within these groups were found to reduce their mobility levels to a lesser extent during lockdowns, perhaps as a result of working in essential services.

The model also showed that high infection rates in disadvantaged areas were driven by a few categories of venue, such as full-service restaurants.

For example, grocery stores in low-income areas had 59% more people per square foot than in higher-income areas, and their customers stayed 17% longer, on average.

The researchers drew upon data from a company called SafeGraph, which aggregate anonymized cell phone data.

Their standard infection model, known as an SEIR model, predicts how people transfer between four categories — susceptible to infection, exposed to infection, infectious, and removed (recovered, self-isolated, or died) — in each neighborhood and venue.

Importantly, SafeGraph data reveal not only the locations of cell phone users but also the floor space of venues that they visit and their purpose, such as a place of worship or grocery store.

The researchers “fine-tuned” their model by using the local infection and death rates that The New York Times publishes online.

Finally, they confirmed that the model could potentially be used to predict future infection and death rates.

Dr. Julian Tang, a clinical virologist at the University of Leicester in the United Kingdom, who was not involved in the research, welcomed the research but cautioned that its findings may not be universally applicable.

“The use of mobile phone data and modeling are powerful tools to help us understand how the virus spreads, but we need to be careful about the interpretation as what may apply in one population may not necessarily apply elsewhere,” he said.

In a comment article accompanying the paper, Kevin C. Ma and Marc Lipsitch from the Harvard T. H. Chan School of Public Health in Boston, MA, point out that the model does not account for infections among children, older adults, and those in prison.

“Further model testing is needed, but given the challenges in gathering and interpreting other relevant data types, these findings could have a valuable role in guiding policy decisions on how to reopen society safely and minimize the harm caused by movement restrictions.”