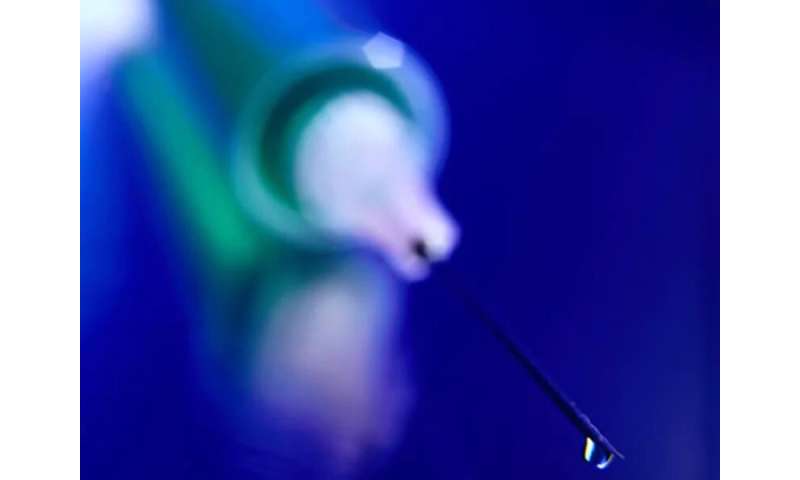 (HealthDay)—Regional anesthesia may aid pain management if used soon after traumatic injury of the extremities, according to a study published in the December issue of Regional Anesthesia & Pain Medicine.

Rollin M. Gallagher, M.D., M.P.H., from the Corporal Michael J. Crescenz Veterans Affairs Medical Center in Philadelphia, and colleagues examined the use of regional anesthesia on combat-related extremity injury outcomes. The analysis included 358 American military personnel injured in Operation Enduring Freedom and Operation Iraqi Freedom (2007 to 2013) who were treated at two military treatment facilities and followed for two years after the injury.

The researchers found that receiving early regional anesthesia was associated with improved average pain during the first six months after injury when adjusting for injury severity and length of stay at the primary treatment facility. This benefit was sustained up to 24 months after injury. While individuals receiving early regional anesthesia reported greater pain relief, improved neuropathic pain intensity, and higher satisfaction with pain outcomes, these mean scores did not significantly differ between groups at 24 months.

How the brain deals with uncertainty

Visual impairment may up risk for dementia in older women

Study finds why some cancer drugs may be ineffective

Cat Litter Alternatives Worth Looking Into

Mona Kattan Just Made a MAJOR Announcement About Huda Beauty

‘An ambulance is NOT a taxi to A&E’, report says