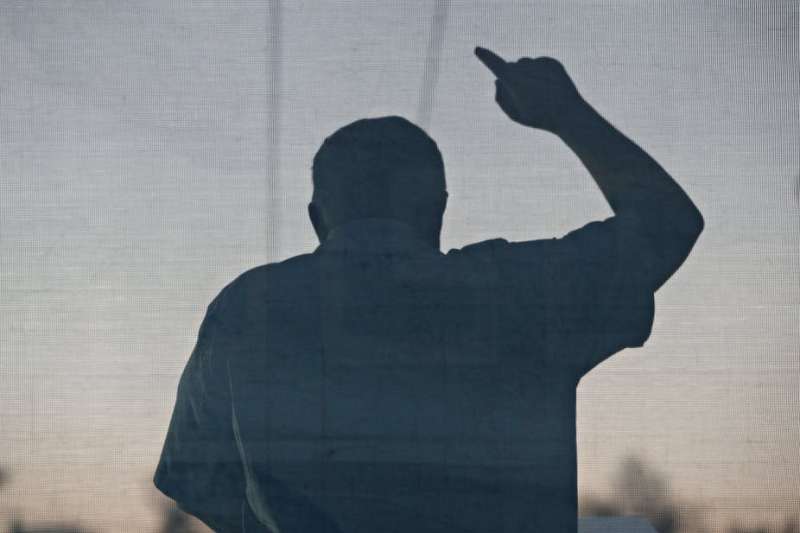 The characteristics of peoples’ brains might offer clues about the political beliefs they hold dear. In a study of around 350 US citizens, we examined the relationship between individuals’ cognitive traits—the unconscious ways in which their brains learn and process information from the environment—and their ideological worldviews.

We found parallels between how those with extreme views perform in brain games and the kind of political, religious and dogmatic attitudes they adhere to.

Each participant in our study completed a large variety of personality tests and were then given neuropsychological tasks designed to tap into implicit individual differences in how we learn from the environment, form decisions and react to changes or challenges.

All of the tasks were neutral and objective. Participants were given instructions about visual stimuli moving on the screen and did not have any prior knowledge of what mental process the task was measuring.

In one task participants had to determine whether a group of dots was moving to the left or to the right. In another, they needed to memorize a series of visual shapes or numbers and then report the order they appeared on their screen. My colleagues and I used individuals’ performance on these “brain games” to extract information about their perception, learning and ability to engage in complex and strategic mental processing.

We found that individuals with extremist attitudes tended to perform poorly on complex mental tasks—they struggled to complete psychological tests that require intricate mental steps. People who endorse violence to protect their ideological group also possess poor emotion-regulation skills—they are more impulsive and seek sensations and thrills. This makes sense when we imagine the kind of individual who is willing to harm innocent others for the sake of an ideology.

We also examined the psychological signature of different political worldviews. In some cognitive tasks, participants were asked to respond as quickly and as accurately as possible. We found that some people prioritize slow and steady mental strategies while others unconsciously opt for fast and furious strategies that sacrifice accuracy but excel at speed.

We discovered political conservatives were more cautious in these instances; their brains opted for slower and more accurate approaches. In contrast, the minds of political liberals, and those who believe the existing status quo should be revised, were more likely to adopt faster and less precise perceptual strategies.

We did not come to the data with predetermined hypotheses; we wanted to let the data points “speak” for themselves. This approach also revealed another, unexpected, psychological fingerprint—the nature of the dogmatic mind.

Dogmatic participants who were resistant to updating their beliefs in response to new and credible evidence were slower to process evidence in perceptual tasks. So when asked to determine whether dots were moving to the left or to the right of the screen, they took longer to process the information and come to a decision.

Dogmatic individuals also had a more impulsive personality, meaning they were making premature decisions based on evidence that was imperfectly understood. This means if our brain is slower to tie together the pieces of evidence in its perceptual environment, we may inadvertently become more resistant to evidence and alternative perspectives.

Our research shows our brains hold clues—subtle metaphors, perhaps—for the ideologies we choose to live by and the beliefs we rigidly stick to. There appear to be hidden similarities in the minds of those most willing to take extreme measures to support their ideological doctrines.

The idiosyncratic ways in which our brains work may reflect the ideologies we choose to adopt. If our mind tends to react to stimuli with caution, it may also be attracted by cautious and conservative ideologies. If we struggle to process and plan complex action sequences, we may be drawn to more extreme ideologies that simplify the world and our role within it.

France is back: Borders reopen to American tourists, others