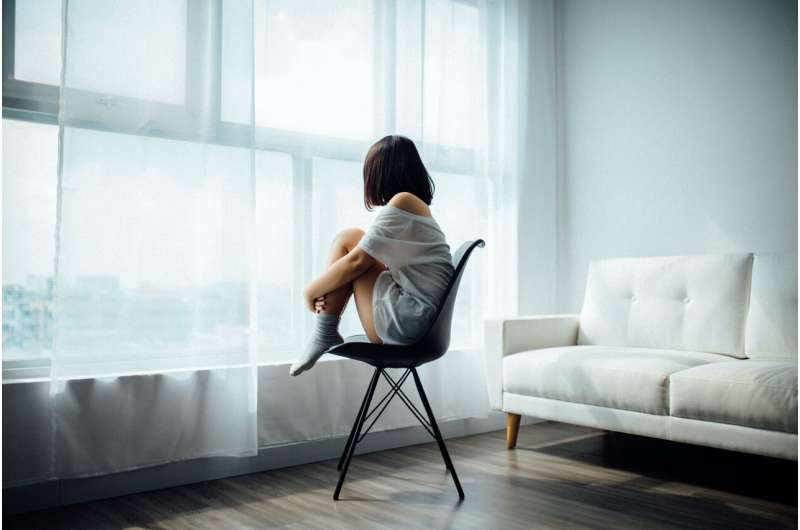 A state commission is urging Florida to enact sweeping reforms to its patchwork system of mental health care.

The recommendations come from the Commission on Mental Health and Substance Abuse, which was created in 2021 after the Parkland grand jury called Florida’s mental health system “a mess.”

The state’s Department of Children and Families provided the commission’s interim findings to the Tampa Bay Times. The group must submit a final report to Gov. Ron DeSantis and state legislative leaders by Sept. 1.

The initial report blasts Florida’s system as being complex and inequitable.

“Deinstitutionalization has resulted in a fragmented continuum of care that has failed to adequately integrate services, providers and systems,” the 35-page report says, “leaving enormous gaps in treatment and disparities in access.”

Nearly 3 million Florida adults have a mental illness, according to national advocacy group Mental Health America. That’s 14% of the state’s population. An estimated 225,000 youth experienced at least one major depressive episode in the past year.

The Times last month reported on several of the commission’s expected suggestions, including a call for more pre- and post-arrest jail diversion programs and a recommendation to curtail Florida’s use of competency restoration.

The interim report, which is dated Jan. 1, includes those ideas and others the Times has not previously reported on.

Here are three key recommendations from the commission.

The commission urged state officials to study the “potential impact” of expanding Medicaid eligibility for young adults ages 26 and under who are in the so-called coverage gap and whose parents are uninsured.

Medicaid is a joint federal and state program that provides medical coverage to individuals with disabilities and very low-income families and children. It can cover mental health care costs.

Before the pandemic, an estimated 415,000 people in the Sunshine State earned too much to qualify for Medicaid but not enough for tax credits to help them buy private health insurance through the Affordable Care Act marketplace.

“Adjusting the (Medicaid program’s) income eligibility criteria” for young adults in the coverage gap whose parents have no health insurance “would improve access to care for behavioral health and for primary and preventative care that could promote better long-term physical health outcomes,” the report says.

Individuals ages 19 to 26 account for just over 8% of Florida’s population but roughly 14% of its uninsured, according to the report.

More than 390,000 adults with a mental illness in Florida are uninsured, according to a report from Mental Health America. Only 11 states have worse rates.

At a commission meeting last month, Simone Marstiller, then-secretary of Florida’s Medicaid agency, opposed the idea for a study.

“I’m not sure that this commission should be addressing or suggesting or doing even a study that would lead to a recommendation of expanding Medicaid,” said Marstiller, who stepped down as DeSantis moved into his second term.

But most members voted to support the idea. Florida legislators will decide whether to launch a study, commission chairperson and Charlotte County Sheriff William Prummell said at the meeting.

Florida is one of only 11 states that have not expanded Medicaid under the Affordable Care Act, which became law in 2010.

The refusal of Republican state lawmakers to expand the program has long frustrated health care advocates.

“We are very heartened by this,” said Holly Bullard, the nonprofit’s chief strategy and development officer.

But the institute also wants the study to be broader, Bullard said.

Florida should examine the impact of expanding eligibility to all adults ages 64 and younger who have incomes up to 138% of the federal poverty level, she said.

The Agency for Health Care Administration oversees the state Medicaid program. The Department of Children and Families is responsible for safety-net behavioral health services for the uninsured.

Tracking how people cycle through the system

Those diagnosed with a mental illness such as major depression or schizophrenia bounce between providers when their treatment needs go unmet, which can lead to duplicative or conflicting care.

They cycle through community-based mental health centers, the criminal justice system, private facilities, emergency rooms and schools, receiving a diagnosis and medications at each “without anyone being the wiser,” the report says.

That’s partly because state agencies fail to share information about who’s receiving care in their publicly funded programs, according to the report.

The commission recommended that agencies upload patient information into a centralized database so they can track how people move through the system.

This could lead to better treatment and limit the duplication of mental health services, the report says.

“We must connect the dots between all the service providers, both public and private, to make sure everyone is sharing information about a single client,” the report says.

No single budget exists for mental health funding in Florida. Money for behavioral health programs is appropriated to several state agencies and flows to local organizations.

That makes the mental health system fragmented and siloed, the report says. Treatment for patients is “often dependent on how their services are funded” rather than their specific needs.

“In Florida’s system of care, the money follows individual programs and not the individual,” the report says.

That’s why the commission recommends that Florida launch a three-year pilot where one agency manages all public behavioral health funding in a geographic area, including state money and local dollars from counties, cities and school boards.

This model would “blend and braid” funding to create “consistency in the contracting of services” across the system, said Clara Reynolds, a commission member and chief executive officer of the nonprofit Crisis Center of Tampa Bay, at an October meeting.

Providers would get more flexibility to treat patients based on their specific needs and would be able to focus less on complicated billing processes and more on care, according to the report.

Why the flu vaccine is more important than ever this year