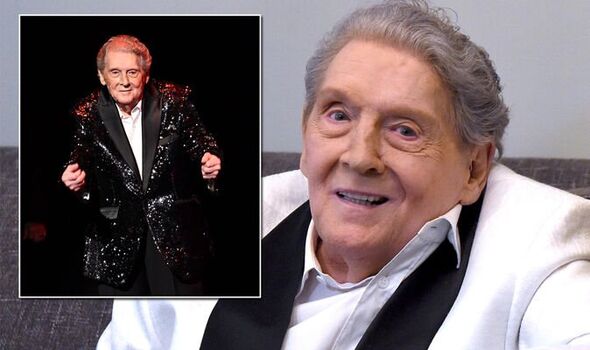 On Facebook, his team publicly described it as “minor”, but problems with his mobility suggested otherwise. The post stated that “he is with his family, recuperating in Memphis and the doctors expect a full recovery,” and that “The Killer looks forward to getting back into the studio to record a Gospel record and on the road performing live for his fans.”

In reality, his journey to recovery since 2019 has not been so straightforward.

Lewis did get back into the studio the year after to record a Gospel record – music inspired by religious songs he heard in his childhood in Louisiana – but it was not like before.

The star was suffering from mobility issues which affected Lewis’ ability to play the piano.

Talking about his stroke, Lewis said: “I’ve never experienced anything like it.”

“It was very challenging, and it was a very emotional experience. I didn’t know what was going on.”

When a stroke occurs, it can cause weakness or even paralysis on one side of the body – affecting coordination and balance – exactly what a live performer needs while they’re rocking around the stage.

The main stroke symptoms, according to the NHS, include:

Despite the mobility issues, Lewis pushed through the pain to get on his piano and play.

Lewis’ producer T-Bone Burnett told the rock magazine: “I was in shock, for starters, that we were even there.”

“He went from saying, ‘I can’t play piano,’ to sitting down, picking up his right hand and playing. His family all welled up. That’s the power of love, you know?” Burnett added.

According to Lewis’ wife Judith, who spoke to the magazine, creating music gave Lewis a severe headache that wore him down.

As a result of his stroke, Lewis has not returned back to the stage as his team initially predicted.

The road to recovering from a stroke is often a complicated one, involving many different treatments to help with communication and coordination, as well as various medicines to reduce the risk of having another stroke.

The NHS suggests that after many cases of stroke, people experience problems with reading and writing and understanding language.

They may have to perform exercises to improve control of the muscles in their body involved with speech and use gestures as well as electronic aids.

Strokes can also affect cognitive function, however, most of these return over time, although they often do not go back to the way they were.

There are several significant lifestyle changes you can make to reduce the risk of stroke.

One of the best ways is to eat healthily, exercise regularly and avoid smoking and avoid consuming too much alcohol.

Even if you have already had a stroke, which increases the risk of having another one, making these changes can dampen this risk.

The stroke association recommends getting regular checkups with your doctor.

They will be able to test you for conditions such as diabetes and atrial fibrillation which increase the risk of stroke and treat you accordingly.

More Americans Are Binge Drinking During Pandemic: How to Cope Without Alcohol

Travel in the Time of COVID: Getting There Is Easy — It’s Getting Home That’s Hard

13 signs of COVID-19 shared by survivors of coronavirus

Thank You for EVERYTHING You’ve Done for Animals