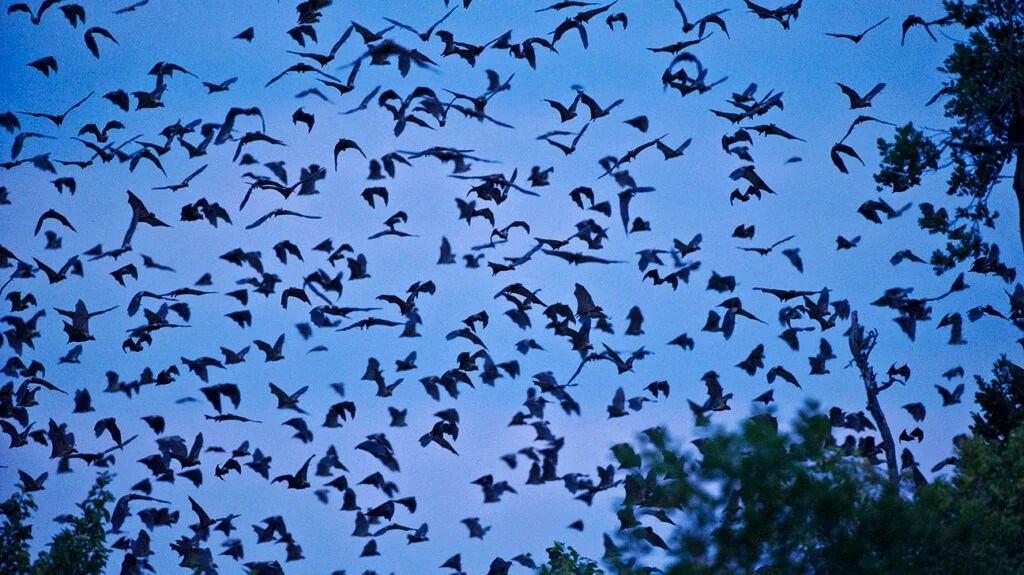 Earlier this month, the World Health Organization (WHO) reported that the West African country of Ghana had announced its first-ever outbreak of Marburg virus disease (MVD).

The Ghana Health Services confirmed the rare disease caused by the Marburg virus in two unrelated males ages 26 and 51 who died within the southern Ashanti region of the country. The Institut Pasteur in Dakar, Senegal also confirmed the disease results and corroborated them with Noguchi Memorial Institute for Medical Research.

“Health authorities have responded swiftly, getting a head start preparing for a possible outbreak,” says Dr. Matshidiso Moeti, WHO Regional Director for Africa in an official press release.

“This is good because, without immediate and decisive action, Marburg can easily get out of hand. WHO is on the ground supporting health authorities and now that the outbreak is declared, we are marshaling more resources for the response,” he said.

What is the Marburg virus?

The Marburg virus is an animal-borne virus belonging to the viral family Filoviridae — the same family as the Ebola virus.

Scientists first discovered the Marburg virus in 1967 when laboratory workers in Marburg and Frankfurt, Germany, and Belgrade, Yugoslavia (modern-day Serbia) showed signs of a hemorrhagic fever followed by exposure to infected African monkeys.

Since then, there have been about 600 cases of infection in humans by the Marburg virus, including outbreaks in Angola and Uganda.

How is someone infected by the Marburg virus?

The Marburg virus causes Marburg virus disease (MVD). The main carrier of the Marburg virus is the African fruit bat. A person can become infected through prolonged exposure to infected bats in caves or mines, as well as contact with an infected animal’s bodily fluids or feces.

Those who come in close contact with a person’s bodily fluids, such as healthcare workers, are at a higher risk of contracting MVD from infected patients.

Those taking care of sick family members can become exposed to MVD, as can those who work in burial services as a person who dies from MVD is still infectious after death.

The Marburg virus can also infect non-human primates, such as monkeys and gorillas.

According to Dr. Jonathan Towner, lead of the Virus Host Ecology Section in the Viral Special Pathogens Branch at the Centers for Disease Control and Prevention (CDC), historically, the people at highest risk for contracting MVD include family members and hospital staff who care for patients carrying Marburg virus and have not used proper infection prevention and control measures.

“Certain occupations, such as veterinarians and laboratory or quarantine facility workers who handle non-human primates from Africa, may also be at increased risk of exposure to Marburg virus,” he told MNT. “Exposure risk can be higher for those travelers visiting endemic regions in Africa who have contact with or come close proximity to Egyptian rousette bats present in caves or mines where these bats typically live.”

What are the symptoms?

The incubation period of infections with the Marburg virus can last anywhere from two to 21 days before symptoms appear. Symptoms of MVD include:

Fatality rates for MVD range from 24% to 88%, depending on virus strains and management, with the average MVD fatality rate around 50%.

How is Marburg virus disease treated?

There is currently no specific treatment for MVD.

Right now, healthcare professionals treat the different symptoms of MVD as they emerge. And if hospitalized, doctors treat patients with MVD with supportive therapies such as rehydration and replacing blood loss through hemorrhagic-related symptoms.

There are some potential medications for MVD currently under research. A study in 2018 showed successful treatment of MVB in a mouse model using the antiviral drug Favipiravir.

More recently, a report in May 2022 found an rVSV-based candidate vaccine provided protection from MVD in a guinea pig model.

How can you prevent infection from Marburg virus?

Dr. Patrick Kuma-Aboagye, director-general of Ghana Health Service, stated in an official statement issued earlier this month that the risk of bat-to-human transmission can be reduced by keeping away from caves and mines with large bat populations. Additionally, he said, any animal products should be thoroughly cooked before eating them.

“Avoid prolonged exposure to mines or caves inhabited by fruit bat colonies,” she explained to MNT. “Avoid direct or close contact with infected patients, particularly with their body fluids. (And) thoroughly cook all animal products (blood and meat) very well before consumption.”

“Risk to the U.S. is very low, unless you are a tourist with a recent history of visiting caves in Africa containing Egyptian rousette bats, the only known natural reservoir, or have been in direct physical contact with humans or non-human primates suffering with Marburg virus disease,” Dr. Towner added.

“MVD is a very rare disease in people,” he continued. “However, when it occurs, it has the potential to spread to other people, especially healthcare staff and family members who care for the patient. Increasing awareness in communities and among healthcare providers of the clinical symptoms of patients with MVD is critical. Better awareness can lead to earlier and stronger precautions against the spread of Marburg virus in both family members and health-care providers.”

Sick note: Why you no longer need to ask your GP for one – new government rules

Study provides valuable insight into the developmental origins of schizophrenia

UK identifies rare case of avian flu in a human

Study underlines how mental health and physical health are intertwined