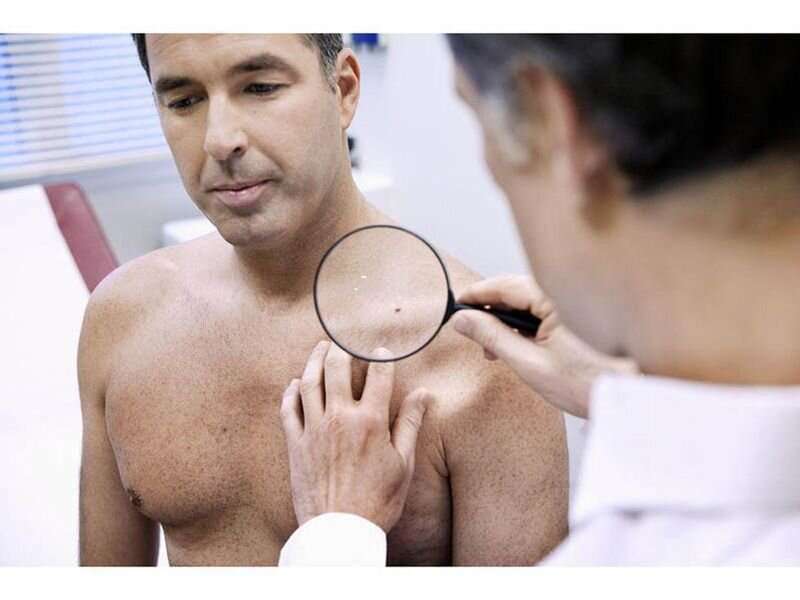 (HealthDay)—Metastases develop in about 2 percent of cutaneous squamous cell carcinomas (cSCCs), according to a study published in the February issue of the Journal of the American Academy of Dermatology.

Selin Tokez, from the Erasmus MC Cancer Institute in Rotterdam, Netherlands, and colleagues examined the cumulative incidence and disease-specific survival of patients with metastatic cSCC (mcSCC) in the Dutch population. Data were included for 11,137 patients with first cSCC in 2007 or 2008, with a median follow-up of 9.1 years.

“We showed that the majority of metastases occur within four years and that this risk is higher with male sex, increasing age, and immunosuppression,” the authors write. “Individual risk prediction models should include these high-risk patient characteristics to tailor follow-up care to the subgroups of patients with cSCC at increased risk of mcSCC among the large group of predominantly low-risk cSCC patients.”

Any mask containing metal could cause burns during an MRI, FDA warns