‘Don’t take no for an answer’: Mother’s heartbreak after doctors said her 23-year-old daughter was ‘too YOUNG’ for a smear test before she died of cervical cancer

A devastated mother has urged young women to demand smear tests – after her own daughter died from cervical cancer aged just 25-years-old.

Emma Fisk begged for a screening after suffering a string of symptoms in 2013, but was refused because she was considered too young to be at risk.

It was only when she was later diagnosed with colitis – an inflammation to the inner lining of the colon – that she was finally referred for a smear test by her gastroenterologist.

Unfortunately, when she was eventually diagnosed stage 2b ­neuroendocrine carcinoma, it was too late.

Now, her mother, Adele Willis, 52, of Ackworth, West Yorkshire, has publicly lifted the lid on her grief to save others from a similar fate. 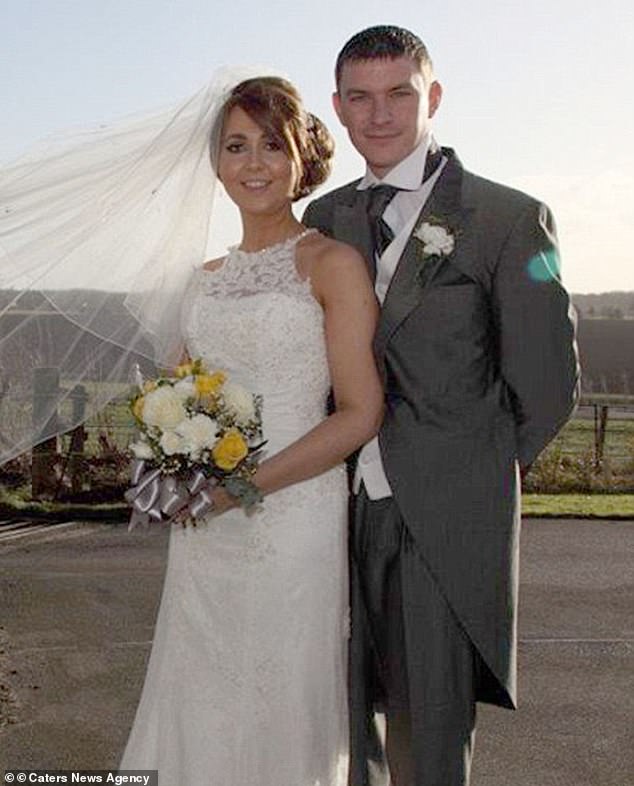 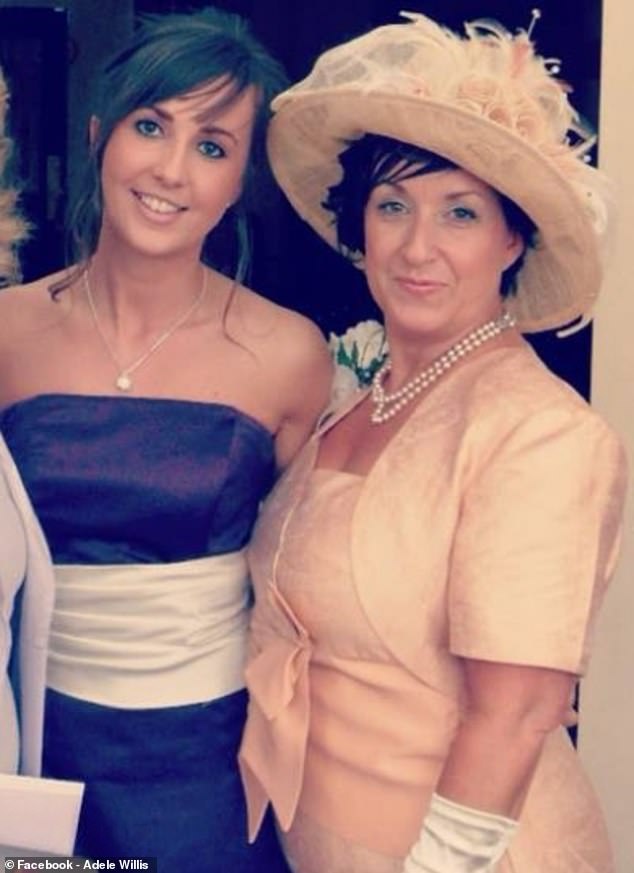 Now, her mother, Adele Willis, 52, of Ackworth, West Yorkshire, has publicly lifted the lid on her grief to save others from a similar fate

‘She rang me after leaving the hospital, as the doctor had told her it might be cancer. She was in tears, and kept saying, “Mum, I’m only 24”,’ Mrs Willis told The Sun.

Six months of chemotherapy and radiotherapy followed, which caused her to lose her hair.

But she successfully finished the course and, initially, the prognosis looked good.

However, doctors later noticed that the cancer had spread – and was terminal.

‘The news brought the whole family to their knees. We were devastated,’ Mrs Willis added.

‘She passed away as I held her hand. Losing Emma has left a void and pain I cannot explain.’

Today, she wants others to be checked-out. Mrs Willis said: ‘If you are under 25 and have symptoms, see a GP and demand one. Don’t take no for an answer.’ 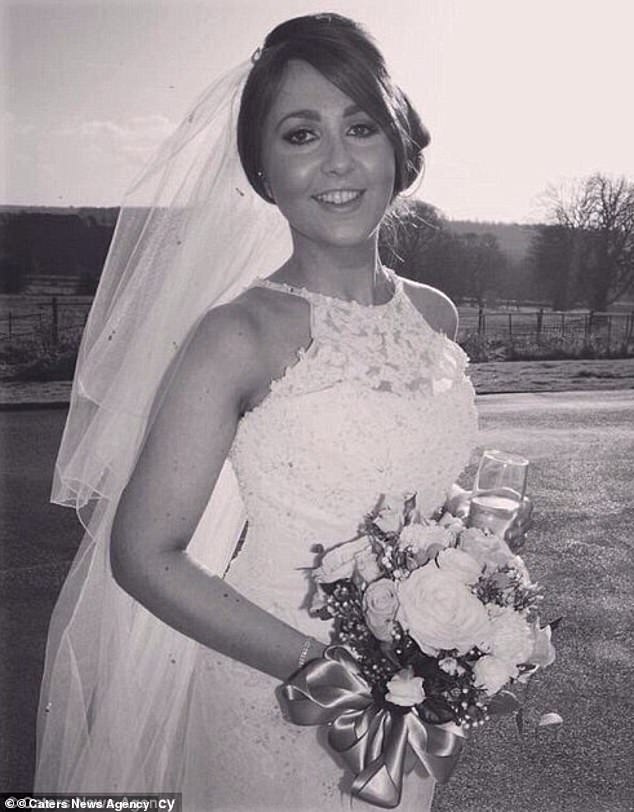 Ignored: Emma Fisk begged for a screening after suffering a string of symptoms in 2013, but was refused because she was considered too young to be at risk 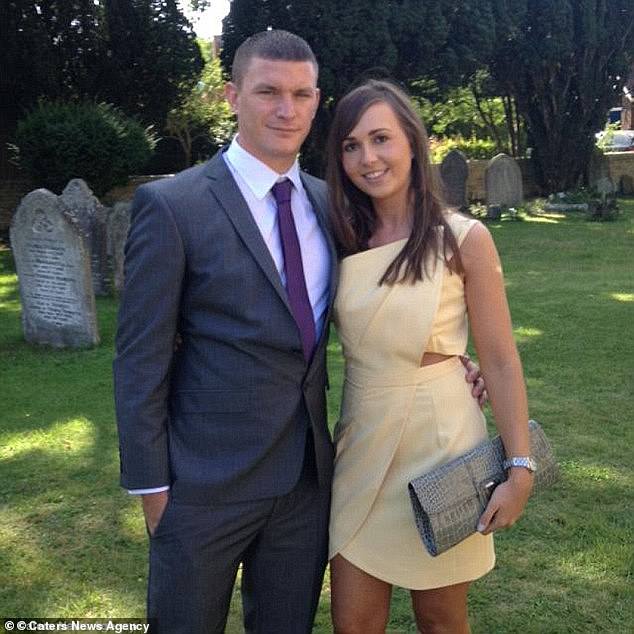 She lives on: Mrs Fisk’s family have now all pulled together and started the Team Emma Campaign, which encourages other young women to get tested

WHAT IS HPV? THE INFECTION LINKED TO 99% OF CERVICAL CANCER CASES

Human papilloma virus (HPV) is the name for a group of viruses that affect your skin and the moist membranes lining your body.

Up to eight out of 10 people will be infected with the virus at some point in their lives.

There are more than 100 types of HPV. Around 30 of which can affect the genital area. Genital HPV infections are common and highly contagious.

Many people never show symptoms, as they can arise years after infection, and the majority of cases go away without treatment.

It can lead to genital warts, and is also known to cause cervical cancer by creating an abnormal tissue growth.

Annually, an average of 38,000 cases of HPV-related cancers are diagnosed in the US, 3,100 cases of cervical cancer in the UK and around 2,000 other cancers in men.

HPV can also cause cancers of the throat, neck, tongue, tonsils, vulva, vagina, penis or anus. It can take years for cancer to develop.

‘If girls were called up for smears earlier, from the ages of 18, then our beautiful Emma might still be here with us today,’ Mrs Willis told MailOnline in 2015.

‘She was fit and healthy and slim – she didn’t smoke or take drugs or drink. She was the model daughter. She loved everyone and they loved her. She was such a beautiful person inside and out and we are so lost without her.

‘[Speaking about this] is a really painful thing to do, but we don’t want other people to suffer like Emma.’

The family have now all pulled together, to start the Team Emma Campaign and create a legacy for her.

It comes as Public Health England has launched its own nationwide initiative to encourage more women to undergo the intimate exams amid the worst screening levels in 20 years.

Almost a third of women aged 25 to 49 have missed their latest smear test and in some surgeries three quarters have not had it.

Experts say have attributed the fall to fear and embarrassment as well as a lack of convenient GP appointments.

Professor Anne Mackie, director of screening programmes at Public Health England said: ‘The decline in numbers getting screened for cervical cancer is a major concern as it means millions of women are missing out on a potentially life-saving test.

‘Two women die every day in England from cervical cancer, yet it is one of the most preventable cancers if caught early.

She added: ‘We want to see a future generation free of cervical cancer but we will only achieve our vision if women take up their screening invitations.

‘This is a simple test which takes just five minutes and could save your life. It’s just not worth ignoring.’

Risk factors include smoking, having multiple sexual partners and a prolonged use of the contraceptive pill.

Screening is offered every three years for women aged 25 to 49 then every five years until the age of 65. 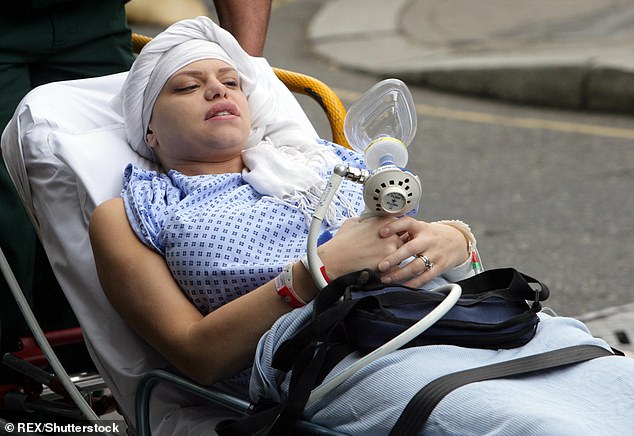 Figures published by NHS Digital in November showed that just 71 per cent of women had attended their latest screening, the lowest rate since 1997.

Amongst the 25 to 49 age group the uptake was just 69 per cent and at some GP surgeries it is around 25 per cent.

The 27-year-old had missed numerous smear test appointments despite having a history of abnormal results.

But the national uptake has since plummeted again and rates are particularly low in London and other large cities.

WHAT IS A SMEAR TEST?

A smear test detects abnormal cells on the cervix, which is the entrance to the uterus from the vagina.

Most test results come back clear, however, one in 20 women show abnormal changes to the cells of their cervix.

In some cases, these need to be removed or can become cancerous.

Being screened regularly means any abnormal changes in the cells of the cervix can be identified at an early stage and, if necessary, treated to stop cancer developing (stock)

Cervical cancer most commonly affects sexually-active women aged between 30 and 45.

In the UK, the NHS Cervical Screening Programme invites women aged 25-to-49 for a smear every three years, those aged 50 to 60 every five years, and women over 65 if they have not been screened since 50 or have previously had abnormal results.

Women must be registered with a GP to be invited for a test.

In the US, tests start when women turn 21 and are carried out every three years until they reach 65.

Changes in cervical cells are often caused by the human papilloma virus (HPV), which can be transmitted during sex.

In January 2018, women shared selfies with smeared lipstick on social media to raise awareness of the importance of getting tested for cervical cancer in a campaign started by Jo’s Cervical Cancer Trust.

Does blood type matter when it comes to coronavirus? A Chinese study says yes

Give your child a head start with math

Broadway Legend Joel Grey on Why He Got Vaccinated: ‘Hope is Everything’

Do not give decongestants to young children for common cold symptoms, say experts