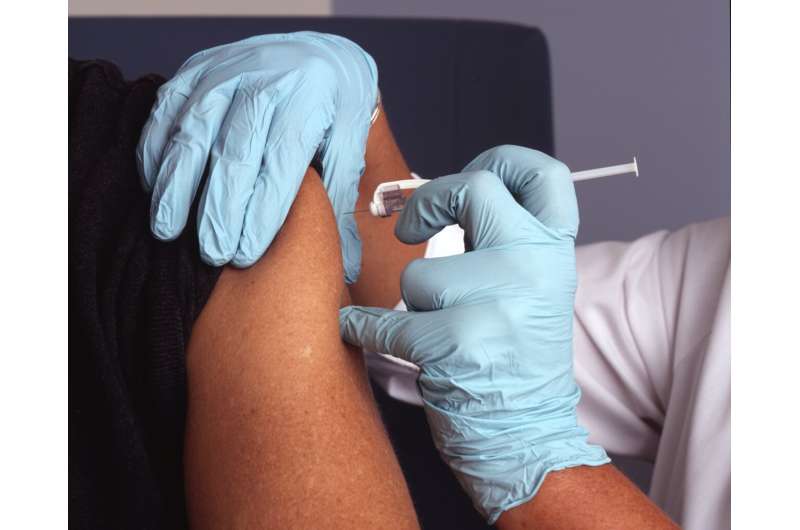 A new vaccine against tuberculosis may also be used as treatment. The vaccine is safe to give to people with tuberculosis disease and strengthens the immune system’s ability to attack the bacteria that cause the disease, a new study shows.

Tuberculosis is an infectious disease caused by the tubercle bacterium. The infection can occur in various organs in the body, such as in the lungs, in the brain, in the lymph nodes and in the skeleton. Tuberculosis is a major global public health problem. An estimated 10 million people fell ill with tuberculosis in 2020, and every year about 1.5 million people die from the disease, according to figures from the World Health Organization.

Today, tuberculosis is treated with antibiotics. The treatment is often long-lasting and not everyone recovers. Researchers at the Statens Serum Institute in Denmark have worked with the development of new vaccines against tuberculosis for many years.

A new study at Oslo University Hospital shows that the so-called H56: IC31 vaccine, developed in Denmark, also can be given to people who have already become ill. The vaccine can help the immune system to attack and fight the tuberculosis bacteria, and can be a relevant treatment option in addition to antibiotics.

“The most important finding in our study is that it is safe to give what we call a therapeutic vaccine, i.e. a vaccine used as treatment, to patients who have ongoing tuberculosis disease. The study also shows that the vaccine strengthens the part of the immune system that is to fight the tuberculosis bacteria,” says Anne Margarita Dyrhol-Riise, who led the study.

Dyrhol-Riise is Adjunct Professor at the Institute of Clinical Medicine and chief physician at the Department of Infectious Diseases at Oslo University Hospital Ullevål.

Patients who got the vaccine had more immune cells

The immune system plays a key role in the development of tuberculosis disease. Individuals who become sick have most often been infected with the tubercle bacterium at some point earlier in life. In areas with a lot of tuberculosis, people are often infected during childhood.

Nevertheless, most people do not fall ill but get a condition called latent tuberculosis. There is then a little remnant of the tuberculosis bacterium in the body.

“The immune system keeps the infection under control and the person appears to be completely healthy. However, later in life, some people’s immune system may be weakened by disease or because the person gets older. Then, the immune cells can no longer protect the body from the tubercle bacteria. It is only then that the person falls ill,” Dyrhol-Riise explains.

The researchers in Denmark had initially developed the vaccine to have a preventive effect, or that people infected with the tubercle bacterium would not become sick. Nevertheless, Dyrhol-Riise and the study team wanted to investigate whether it is possible to use the vaccine to treat tuberculosis when the person has already fallen ill. The findings from the new study indicate that this is the case. The study shows that the vaccine can help the immune system to attack and fight the tuberculosis bacteria in sick patients.

“We saw that the patients who received the vaccine had an increased number of immune cells, i.e. the T cells, which can fight the tuberculosis bacterium,” she says.

Dyrhol-Riise says that the results from the study indicate that more patients with tuberculosis can be cured and/or recover faster if they get the vaccine in addition to antibiotics. This is especially true for patients who have developed multi-resistant tuberculosis, which means that the bacteria that cause tuberculosis have become resistant to several types of antibiotics.

The antibiotics that we have today are not effective enough to cure all individuals who have resistant tuberculosis.

“The aim of the project has been to show that a therapeutic vaccine should be included in a treatment regimen together with antibiotics for patients who have resistant tuberculosis,” she says.

She hopes that the vaccine will make it possible to cure more individuals and provide better treatment.

Do trendy air purifiers really work and are they worth the money?

Girl, 15, had her BRAIN ‘slipping into her spinal cord’

Stent and SURGERY to protect against stroke