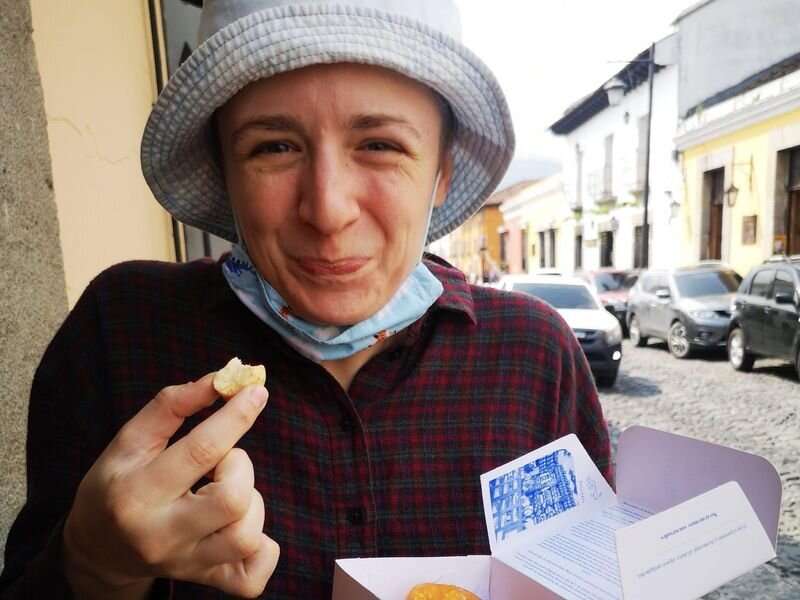 Hayden Bishop can’t help but feel terribly self-conscious when she goes out to eat with friends and family.

Bishop has celiac disease, a serious autoimmune disorder in which even the least exposure to gluten creates an antibody response that damages the small intestine, resulting in debilitating symptoms.

Unfortunately, the gluten-free diet fad has led some folks to become quickly annoyed at apparently finicky eaters or fussy restaurant patrons—and a new Harris Poll has found that not many Americans understand that for people with celiac disease, gluten-free is a medical need rather than a dietary option.

Even minute exposure to gluten can cause terrible rashes to erupt on Bishop’s body, as well as nausea, brain fog, migraines, and constant constipation and diarrhea.

“We always talk about how we feel like we’re a burden just to eat at a restaurant with friends or with work or traveling,” Bishop, 29, of Los Angeles, said of celiac disease patients. “You have to ask all these questions, and a lot of time people eyeroll or they just flat out tell you, ‘Don’t eat out.’

“I don’t think people understand what that really means,” Bishop continued. “You have to eat. A lot of times with work and social events, you’ve got to travel and you’ve got to be out away from your house for an entire day. And when you can’t even buy a rotisserie chicken at Whole Foods because it’s cooked on shared equipment and has wheat in it, what do you eat?”

The new poll, conducted on behalf of the nonprofit organization Beyond Celiac, found that only half of Americans know anything about celiac disease.

No medication to treat celiac

That means no foods that have been exposed to any amount of wheat, barley or rye, the grains that contain the protein gluten.

Celiac disease goes beyond gluten sensitivity. People who are sensitive to gluten might have similar symptoms, but they don’t endure the sort of intestinal damage that happens with celiac disease.

“There is this notion that most people who are asking for gluten-free foods is because of some kind of a diet fad or something like that,” said Dr. Alan Ehrlich, a board member of Beyond Celiac and an associate professor of family medicine with the University of Massachusetts Medical School.

Ehrlich also has celiac disease, suffering minor reactions once or twice a month and a fairly severe reaction once every couple of months.

“Often, when I go to a restaurant, they will ask me, ‘Is this a preference or an allergy?’ And I’ll say allergy because they treat it differently,” Ehrlich said. “But, you know, ideally they would just treat everybody who wants to have gluten-free food pretty much the same way, you know, to be strict in terms of avoiding cross-contamination.”

The Harris Poll also found that nearly two-thirds (61%) of Americans are “not at all sure” what conditions are linked to untreated celiac disease. These can include anemia, mood disorders, brain fog, migraines, infertility, cancer, osteoporosis, and delayed growth in children.

Rashes that left ‘blood underneath fingernails’

Celiac disease symptoms can be life-altering. Bishop was competing professionally in Brazilian jiu jitsu four years ago when she developed a terrible rash.

Bishop went from training 20 to 30 hours a week in the gym to a maximum of five hours “because it just takes a lot for my body to recover.”

Ehrlich, 63, had been suffering from anemia that wound up being related to celiac disease, when he was diagnosed nine years ago.

“I like to go running, and you find you can’t run as far as fast, and you get very tired at the end of the day,” he said. “My diagnosis was based on first being diagnosed with iron deficiency anemia. As part of evaluation of the anemia, I had an endoscopy where they took a biopsy from my small intestine, and that was found to be abnormal. Then I had blood tests that helped confirm it was from celiac disease.”

Another fact that only half (49%) of Americans understand is that even if a celiac patient strictly follows a gluten-free diet, they still have to worry about symptoms and side effects from their illness.

In truth, about 25% to 30% of people with celiac disease who are on a gluten-free diet still have symptoms, Ehrlich said.

After her diagnosis, Bishop cut gluten out of her diet and “within the first week the rash really cleared up.”

But she kept suffering from gastrointestinal and neurological symptoms. At first she suspected it was because she hadn’t really achieved a 100% gluten-free diet.

“I wasn’t aware how small amounts of gluten can damage you, even less than a crumb amount,” Bishop said. “But a year and a half in, I did an extra-strict diet where I basically cut everything down to the bare minimum. I did that for six months to see if that would clear up all the symptoms I was having, and it didn’t.”

Doctors eventually diagnosed Bishop with refractory celiac disease, a rare form where the body doesn’t respond to a gluten-free diet because the gut has suffered too much damage and remains inflamed.

She wound up taking steroids to suppress her immune system. “And this was during COVID, the extreme parts of COVID, so that was extra-fun,” Bishop said, laughing. “But honestly, it was the best I felt since I’ve been diagnosed. It did put my body into remission.”

Despite that, she continues to have symptoms because celiac disease has left her body extra-sensitive to any insult, Bishop said.

“There’s really nothing more I can do except hope and wait for someone to come up with medicine specifically targeted for celiac and its symptoms,” Bishop said.

Sadly, she could be waiting for some time, Ehrlich said.

“Unfortunately, the attitude among medical professionals and even at the level of the [U.S. Food and Drug Administration] has been that, well, you have a gluten-free diet. That’s all you need to do. So why do we need any medication?” Ehrlich said.

That attitude among doctors has changed somewhat in recent years, leading to research looking at medications that can tone down the immune reaction caused by gluten, Ehrlich said.

Other efforts are exploring ways to alter gut bacteria to protect the intestines, or desensitize the body to gluten, Ehrlich said.

“There’s a lot of things being looked at, but nothing yet is really available,” Ehrlich said. “Hopefully, that will change in the near future.”

In the meantime, celiac disease patients like Ehrlich and Bishop will have to continue to live very cautious lives.

“What is hard for people to remember, if you don’t have celiac disease, is how often eating is a part of our daily lives,” Ehrlich said. “It requires eternal vigilance from people with celiac disease because how many times you see something, you just pop it in your mouth? And I can’t put anything in my mouth without first checking, is it safe or isn’t it?”

This constant threat can be emotionally damaging, particularly to younger people with celiac disease, Ehrlich said.

“It takes an emotional toll when you have to always be worried about, “Am I going to get sick?'” Ehrlich said. “I knew a young woman, just 12, and she would not go over to any friend’s house for a week prior to any family vacation because she didn’t want to suddenly get sick and ruin the trip for everybody else. The social stress of the illness is as important as the physical effects of eating gluten.”

The worst part is having to live a nearly monk-like existence, Ehrlich and Bishop said.

“I have to plan everything around kind of being close to my house, because even living in Los Angeles, where there’s a lot of people who are more aware of food allergies and celiac and are more health conscious, there are still not a lot of restaurants that are really safe to eat at,” Bishop said.

Research affirms the power of ‘we’: Largest-ever analysis of couples’ pronoun use affirms the relationship between

Why some people don’t experience vaccine side effects, and why it’s not a problem

This Is the Age Women Have The Most Orgasms

International Day of Yoga 2020: Benefits of yoga and asanas to avoid during pregnancy