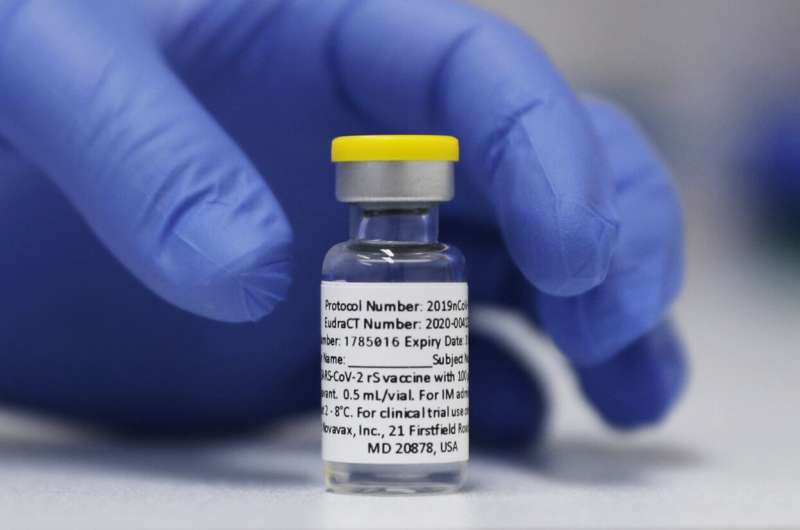 Novavax announced Thursday that its COVID-19 vaccine proved safe and effective in a study of 12- to 17-year-olds.

Novavax makes a protein-based vaccine—a different type than the most widely used shots—that’s a late arrival to the COVID-19 arsenal.

Its shots have been cleared for use in adults by regulators in Britain, Europe and elsewhere and by the World Health Organization, and are under review by the U.S. Food and Drug Administration.

Armed with the new data, Novavax plans to soon seek expanded use of its shots down to age 12. Later this year, it plans to begin testing in younger children.

That was when the extra-contagious delta variant was circulating. The company said six vaccine recipients developed mild COVID-19 compared to 14 kids who received dummy shots. There were no serious infections.

In June, Maryland-based Novavax announced its vaccine was about 90% effective against symptomatic COVID-19 in a study of nearly 30,000 people in the U.S. and Mexico. More recently, it has cited laboratory data suggesting the vaccine offers some protection against the more contagious omicron variant although a booster worked better.

These are the 7 core personality types at Christmas – which one are you?

Bye, 'Gran' — These Grandparent Nicknames Are Anything But Boring

Most Meds Affecting Neurotransmitters Not Linked to Autism Risk

‘My brain has been scrambled’: Woman’s ‘debilitating’ memory loss caused by long Covid