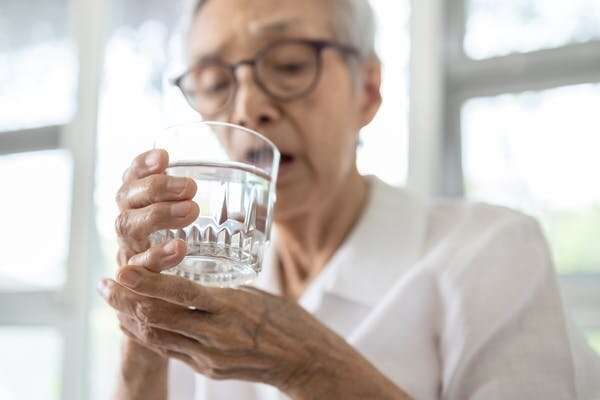 Every night when we go to sleep, we spend a couple of hours in a virtual world created by our brains in which we are the main protagonist of an unfolding story we did not consciously create. In other words, we dream.

For most people, dreams are mainly pleasant, sometimes negative, often bizarre, but rarely terrifying. That is, if they are remembered at all. Yet for about 5% of people, highly memorable and terrifying nightmares (bad dreams that make you wake up) happen on a weekly or even nightly basis.

A study I conducted in 2021 found that people newly diagnosed with Parkinson’s who experience recurring dreams with “aggressive or action-packed” content, have more rapid disease progression in the years following their diagnosis, compared with those without aggressive dreams. As such, my study, alongside similar studies, strongly suggests that the dreams of people with Parkinson’s can predict future health outcomes.

This made me wonder, might the dreams of people who don’t have Parkinson’s predict future health outcomes, too? My latest study, published in The Lancet’s eClinicalMedicine journal, shows that they can. Specifically, it showed that developing frequent bad dreams or nightmares in older age could be an early warning sign of imminent Parkinson’s disease in otherwise healthy people.

I analyzed data from a large U.S. study that contained data over 12 years from 3,818 older men living independently. At the beginning of the study, the men completed a range of questionnaires, one of which included a question about bad dreams.

The participants who reported bad dreams at least once a week were then followed at the end of the study for an average of seven years to see whether they were more likely to be diagnosed with Parkinson’s.

During this period, 91 people were diagnosed with Parkinson’s. Those who reported having frequent bad dreams at the beginning of the study were twice as likely to develop Parkinson’s compared with those who had them less than weekly.

Intriguingly, a significant proportion of the diagnoses happened during the first five years of the study. During this period, the participants with frequent bad dreams were more than three times as likely to develop Parkinson’s disease.

These results suggest that older adults who will one day be diagnosed with Parkinson’s disease may start to experience bad dreams and nightmares a few years before developing the characteristic symptoms of Parkinson’s, including tremors, stiffness and slowness of movement.

The study also shows that our dreams can reveal important information about our brain structure and function and may prove to be an important target for neuroscience research.

Still, for those who have other known Parkinson’s risk factors, such as excessive daytime sleepiness or constipation, the finding could be important. Being aware that frequent bad dreams and nightmares (particularly when they start suddenly in later life) may be an early indicator of Parkinson’s, could lead to earlier diagnoses and earlier treatment. One day, doctors may even be able to intervene to stop Parkinson’s disease from developing at all.

What It Really Means If You're A Cusp Sign In Astrology

Initiating Discussion About Reproductive Health With Women With IBD

How much are we learning about the genome? Natural selection is science’s best critic