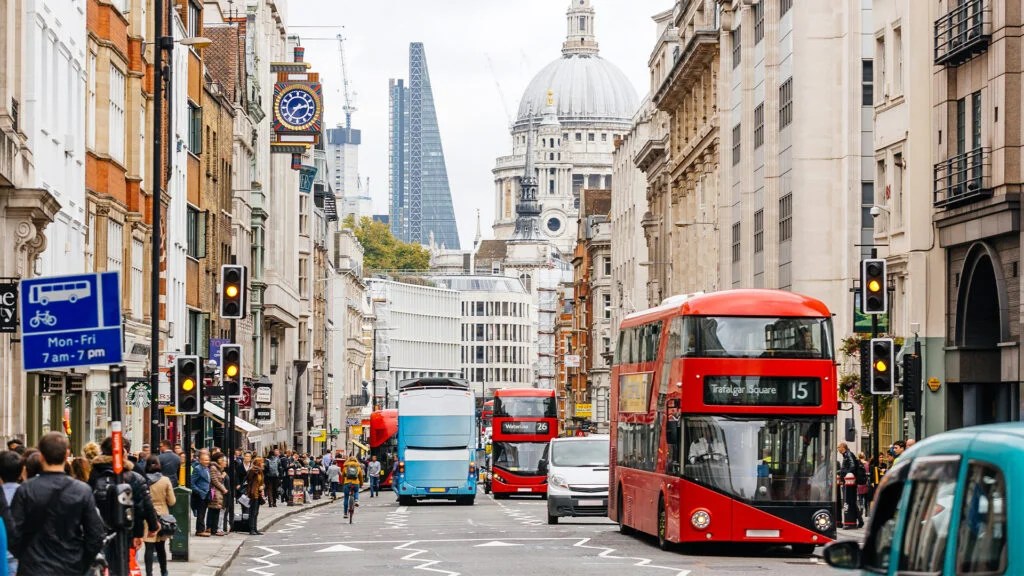 Polio is considered to be eliminated in most first-world countries, including the United Kingdom, thanks to vaccines. However, the London Beckton Sewage Treatment Works (LBSTW) recently detected poliovirus in a number of sewage samples, which is raising concern about the possibility of viral spread.

Health officials currently believe the poliovirus they found in sewage samples could have been brought to the country by someone who was vaccinated with a live form of the virus via oral polio vaccines (OPV). The U.K. stopped using OPV in 2004, and since has been using the inactivated polio vaccine (IPV), which contains a dead form of the virus.

Officials have not identified any cases yet, but they plan to monitor the situation and look into whether community transmission is occurring.

Poliovirus is highly transmissible and is spread by person-to-person contact.

According to the World Health Organization (WHO), polio historically mostly affected children ages 5 and under. They typically developed more severe symptoms compared to adults.

Most people who have a poliovirus infection will not present any symptoms, but 25% will develop symptoms. Some notable symptoms of poliovirus include:

In more severe cases, people with polio may develop paralysis. According to the WHO, 1 in 200 infections leads to paralysis. Additionally, of the paralyzed people, “5% to 10% die when their breathing muscles become immobilized.”

The U.K. Health Security Agency (UKHSA) says they detect “vaccine-like polioviruses” in sewage 1 to 3 times per year. However, the recent samples exceeded that amount for just four months of the year.

“These previous detections occurred when an individual vaccinated overseas with the live oral polio vaccine returned or traveled to the U.K. and briefly ‘shed’ traces of the vaccine-like poliovirus in their feces,” a statement by the UKHSA read.

At this point, testing shows that the recent samples show the virus evolved and “is now classified as a ‘vaccine-derived’ poliovirus type 2 (VDPV 2).”

The vaccine-derived type may cause, on rare occasions, serious illness, such as paralysis, in people who have not been fully vaccinated.

Since the poliovirus found in the sewage samples has evolved, this makes officials wonder whether people are actually transmitting the virus. There are no reported cases yet, but officials encourage people to check their vaccination status.

“…if you or your child are not up to date with your polio vaccinations, it’s important you contact your GP to catch up or if unsure check your Red Book,” says Dr. Vanessa Saliba, consultant epidemiologist at UKHSA.

“Most of the U.K. population will be protected from vaccination in childhood, but in some communities with low vaccine coverage, individuals may remain at risk.”
— Dr. Vanessa Saliba

According to recent data compiled by the House of Commons Library, the U.K.’s vaccination rate for polio is lower than the WHO’s recommended 95%, with some areas of the country having vaccination rates of only 80%.

Many countries utilize sewage monitoring for various diseases as a form of an early warning system for potential outbreaks.

For example, the United States uses the National Wastewater Surveillance System to track the spread of SARS-CoV-2, the virus that causes COVID-19. By testing samples, officials are able to pinpoint specific regions that are experiencing an increase in a particular disease or bacteria.

The U.K.’s LBSTW uses such a system, which is how they picked up on the possibility that poliovirus is being spread.

To continue tracking the virus, the UKHSA has asked medical professionals to report poliovirus cases to their agency.

While their system picked up on the poliovirus in north and east London, they reportedly do not plan to increase testing in other areas in the U.K. at this time. Considering that testing played such a pivotal role in the COVID-19 pandemic, many medical professionals expected to see increased monitoring, especially in areas with lower vaccination rates.

“Without extensive national environmental poliovirus surveillance, it is not possible to know if this problem is more widespread,” says Professor David Salisbury, a member of the WHO Global Commission for Certification of Polio Eradication.

Dr. Armand Balboni, who formerly served as a staff officer at the U.S. Army Research Institute of Infectious Diseases and is presently the CEO of Appili Therapeutics, spoke with Medical News Today about poliovirus detection.

Dr. Balboni said the news “really emphasizes the importance of an early warning system and how the potential for further exposure and disease can be exposed through wastewater surveillance.”

“It is concerning that this virus is being found in the environment because it means that viral shedding is occurring, and for those who may have weakened immune systems or have not yet received or completed their vaccine series, it can pose a risk for developing polio,” Dr. Balboni told MNT.

Dr. Kenneth Campbell, a clinical assistant professor at the Tulane University School of Public Health and Tropical Medicine, also spoke with MNT about the latest developments.

“I think these findings in the U.K. are important because it continues to indicate the importance of getting vaccinated from an individual, community, and societal level,” said Dr. Campbell.

“The risk to the general public of polio in the U.K. is considered low, and I do applaud the public health officials for communicating to the public to make sure families are up-to-date with their polio vaccinations,” he added.

“[Wastewater surveillance] is extremely helpful to public health officials as they attempt to track infections at a community level and then identify those communities to come up with public health strategies around mitigation measures.”
— Dr. Kenneth Campbell

Essential oils can be beneficial for your health and mood, study finds